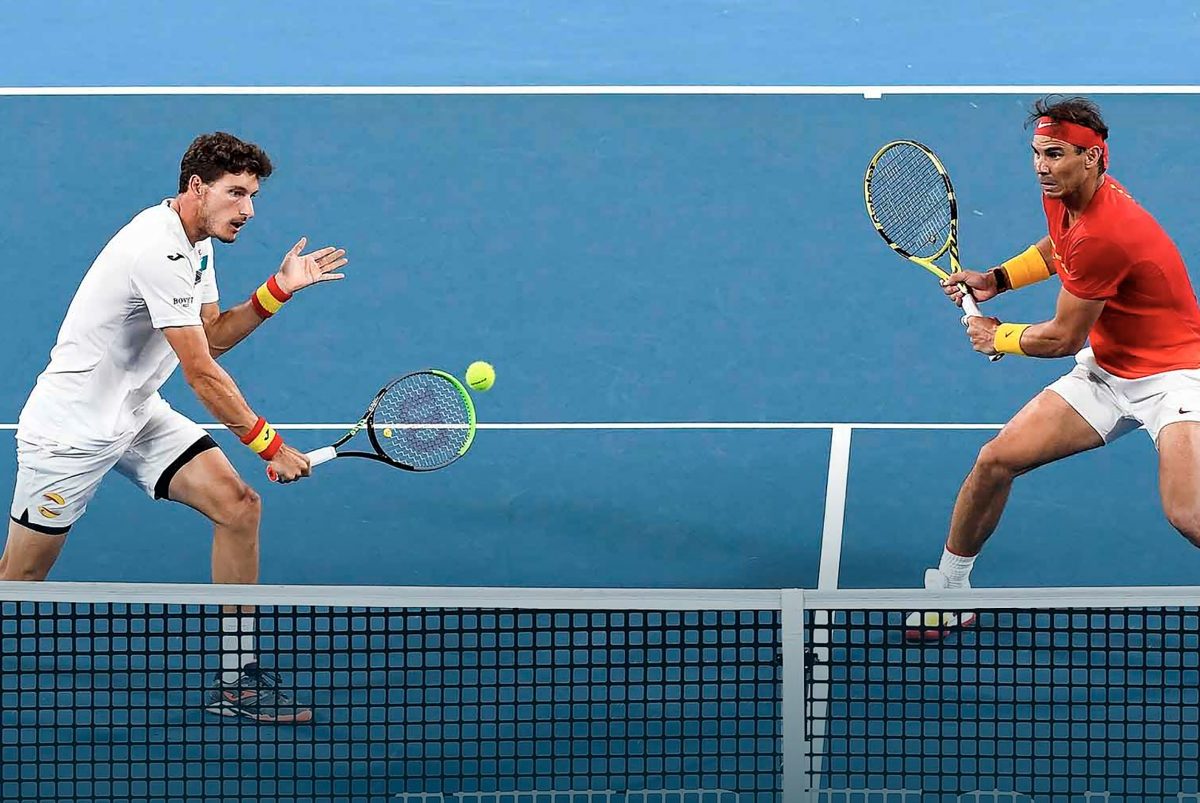 Rafael Nadal has blasted scheduling and court conditions in the Sydney phase of the ATP Cup after Spain narrowly squeezed through to the semi-finals of the new competition as Novak Djokovic withdraws from Adelaide due to Serbia’s continued – and perhaps unexpected – advancement at the ATP Cup team event in Sydney.

Nadal was beaten in a singles rubber for the first time as he lost to Belgium’s David Goffin in a quarter-final tie; though he did recover to pair with Pablo Carreno Busta to insure a 2-1 win which only concluded early Saturday morning.

Spain, which won their group in preliminary rounds in Perth, immediately faced a 3,200-kilometre, four-hour flight across the entire Australian continent to arrive in Sydney.

Belgium had been based in the eastern capital throughout the event.

World No. 1 Nadal did not hold back his feelings after his country scraped through into the final four to next face a well-rested Australia.

The 33-year-old Spaniard complained not only on the time zone tyranny and  scheduling but also said he felt no ventilation inside the stadium.

“I was suffering a lot physically today. Was big humidity,” he said. “It is fair to say that we are in the worst position to play the final eight, because we came from Perth.

“That’s these three hours’ time changing, different weather conditions, playing against a team that have been here for the last ten days.

“We are the only team coming from Perth and playing until the last day of Perth (Russia played its last match a day earlier on Tuesday)  and arriving here during the evening with jet lag, with everything.”

The irate Spaniard added: “Today we had very heavy conditions out there, so probably we had the worst situation possible to play this tie.”

While Russia had a day more to acclimatise to a three-hour time change, No. 5 Daniil Medvedev said he had managed to sleep just five hours over two nights between playing and travelling.

The ATP Cup was cobbled together with the help of Tennis Australia to counter-balance the reduced-format Davis Cup, which was played last November during one week in Madrid and won by Nadal’s Spain.

Calls are being made for the two warring tennis authorities to combine their efforts into one event – with a women’s component also reportedly in the preliminary planning stages.

Serbia’s ATP Cup success has already backfired on the newest event to be plugged into the chaotic January calendar.

Novak Djokovic was forced to pull out prior to the Monday start in the South Australia state capital as top seed after Serbia reached the ATP Cup semis in Sydney and on Saturday dealt the new Adelaide International a blow as he withdrew as top seed at the Australian Open tune-up.

The reason: Serbia’s continued – and perhaps unexpected – advancement at the ATP Cup team event in Sydney, where Djokovic was leading the side into a semi-final against Russia.

“We know how disappointed Novak is about not being able to play in Adelaide this year and we hope to welcome him to the tournament next year,” tournament director Alistair MacDonald said.

“We understand his decision and wish him the very best of luck for the remainder of the ATP Cup and the upcoming Australian Open.”

Djokovic had planned to use the hardcourt tournament in South Australia to put final polish on his game prior to the first Grand Slam of the season which begins on January 20.

Meanwhile Roger Federer completely avoided the ATP Cup and fronted up for his first training session in Melbourne on Friday.

The women’s side of the ATP-WTA tournament in South Australia will be headed by Australia’s world No. 1 Ash Barty.