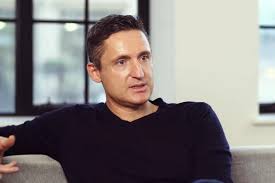 With this tennis season and almost certainly the next one affected by the COVID-19 pandemic,  ATP boss Andrea Gaudenzi is also fighting skirmishes with a potential player rebellion led by No. 1 Novak Djokovic.

The Serb has been agitating against the status quo in the sport, and was joined by Canadian Vasek Pospisil earlier this year as the pair cobbled together a breakaway group, the Professional Tennis Player Association.

While the PTPA has been mainly just a dream and a few signatures on a player petition, it’s mere presence is enough to give former Italian player Gaudenzi nightmares.

While icons including Roger Federer and Rafael Nadal have said they are not interested in the PTPA per se, Gaudenzi still has fires to put out all over the shop.

And the 47-year-old who only took over the ATP helm on January 1 must be rueing the poor timing of his move into the top job.

PTPA goals include better protection of player interests, and a greater share of tournament profites for competitors.

And the entire palava has landed on Gaudenzi’s lap.

“It was a very difficult time for the players,” he said of this virus-scarred season in an interview with French newspaper Le Figaro.

“There (is) frustration. I was a player myself and I understand their state of mind.

“We have listened to their complaints. We will meet together in late November and December to discuss.

“But it is time for unity, not conflict. Fighting leads nowhere and we all lose. Tournaments need players and players need tournaments.

“It will not be possible to make the necessary changes if there are divisions. We must fight together to defend the interest of tennis “.

Gaudenzi shares some sentiments with those who suggest that the classic tennis format may be a tad too long and boring for modern audiences. The sport has been faced with a rising average of fans for a generation or more.

Everyone’s goal now is making tenis more attractive, especially to young fans who have grown up with instant gratification online.

“We have to focus on the fans and our audience,” Guedenzi said.

“We have to focus on the fans and our audience.”

“Tennis is still too dependent on tickets sold. Income from television and media rights must be increased.