ATP 2021 predictions: Is it Thiem time at last? 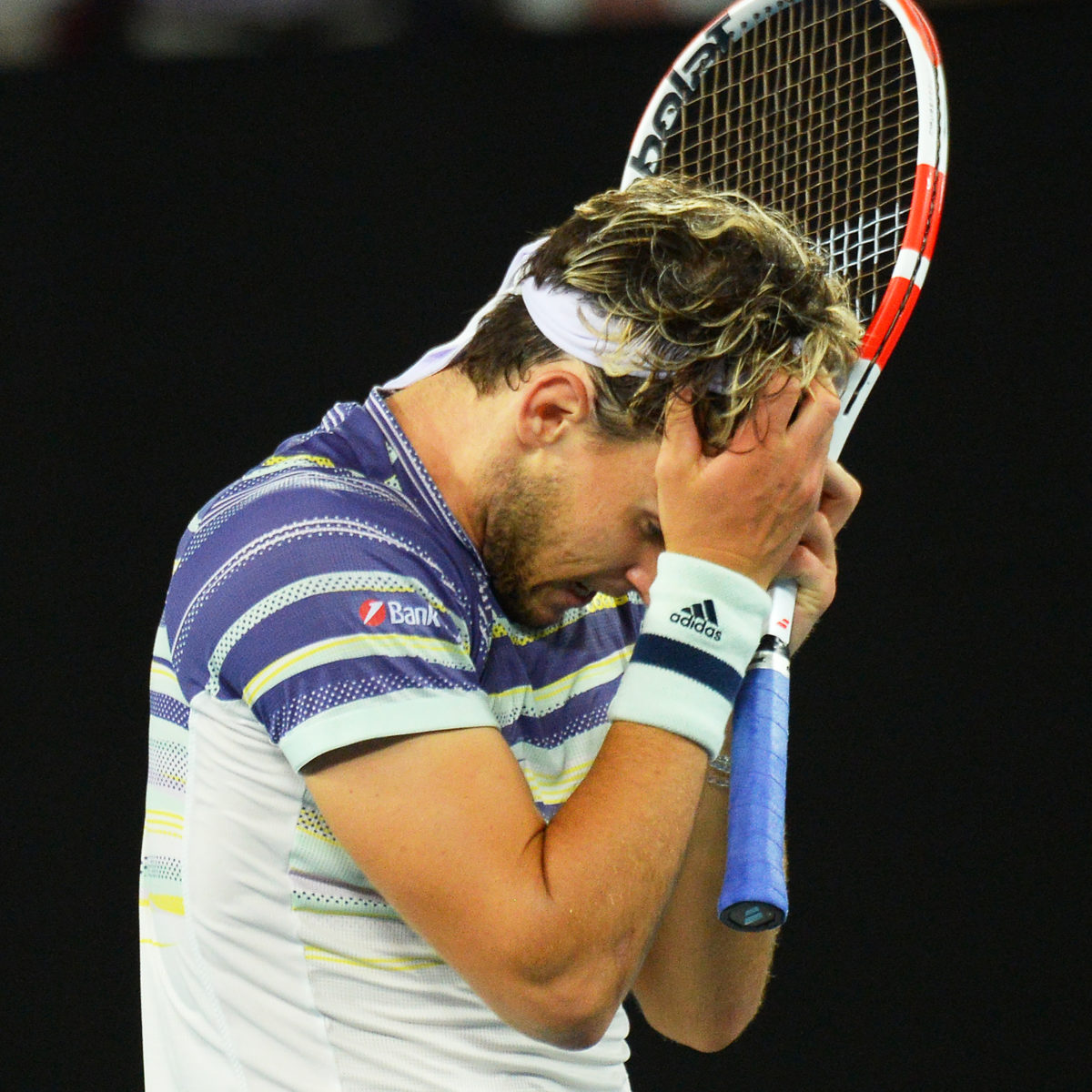 grandslam.online editor PETER ROWE checks his crystal ball and asks if it is time for a changing of the guard in men’s tennis in 2021.

In January 2020 Novak Djokovic and Dominic Thiem played out an epic final at the Australian Open, with Djokovic emerging victorious on Rod Laver Arena 6-4 in the fifth set.

At two sets to one down, the Serb found from somewhere some superb tennis to eventually see off the young Austrian.

Thiem has improved throughout 2020, despite the restrictions of the COVID-19 pandemic, but Djokovic … it’s hard to know.

What happened in New York may still be playing on his mind. His end of season tailspin leaves many questions unanswered.

Melbourne’s surface will benefit Thiem and after a solid 2020 season, albeit it being curtailed, he is ready to barge his way into the top three.

Of course Rafa may have something to say about that.

Nadal will be a force in Melbourne, there is no doubt.

But Federer? It really is the great unknown as he misses the first slam of the year, still recovering from surgery.

After a year way from the game, recovering from not one, but two knee operations, will age eventually catch up with the Swiss legend?

Whatever you think, the road back won’t be easy. And he will know that.

The longer his rehab continues the longer the odds of a comeback.

But Rafa is more at home on clay and Roger may just wait for a finale at Wimbledon.

Then there’s the new kids on the block … Zverev, Medvedev, Tsitsipas, Rublev and even Schwartzman.

All capable of dislodging anyone.

Zverev’s serve needs to improve if he is to be a real contender – like Thiem – so Medvedev is the form player, looking to cement his impressive end of 2020 ATP Finals win.

The Russian came from a set down to beat Thiem in London in an impressive show that made those still doubting his pedigree sit up.

If you are looking for a dark horse contender in Melbourne, Daniil Medvedev could the one.

Providing come Paris springtime the pandemic is under control with a vaccine, there is still only one name to consider for Roland Garros. Rafael Nadal.

Nadal comprehensively beat Djokovic in Paris in October at the delayed French Open – comprehensively is probably a kind way of looking at it, because the Spaniard dominated the game, winning the first set 6-0 before Djokovic had even blinked.

By the time the Serb found a way to play Nadal in the third set, the match was already lost.

Can Nadal do it again in 2021? For sure. But who will be the competition?

Djokovic for sure. Despite the thrashing, he is still one of the world’s best clay court players.

And form would dictate he should be there in the last four, if not in the final itself.

But don’t discount Thiem, maybe Zverev … or the pint-sized Schwarzman, who really found his form in Rome and Paris late 2020.

Wimbledon though, with its lush green courts is another game, and often plays tricks on the standings, with the ocassional upset to get tennis fans talking.

In 2019 Djokovic beat Federer in one of the all-time classics. Five sets of cat and mouse that enthralled the world.

A 13-12 (7-3) marathon final set eventually gave it to Djokovic, even though many will argue Federer was the ‘better’ player on the day.

And probably, this where the current world No.1 has his best chance of a slam victory in 2021.

Why? Is there anyone from the aforementioned up-and-coming ‘new kids’ list that has really triumphed at Wimbledon.

Rublev has not got past the second round, Schwartzman made round three in 2019, Tsitsipas the fourth the year before, Zverev’s Wimbledon record is checkered, with an 8-5 win-loss record and Thiem’s is little better (5 wins and six losses).

Medvedev would be the best bet of that group, a third round in 2019, his best showing.

If fully fit, and fully recovered from surgery, Federer may just have the chance for one last shot at a slam title.

Which takes us across the Atlantic to New York and the US Open.

Can Zverev go one better? Is it time for Medvedev to claim a slam title?

Or will Thiem and Djokovic battle out another slam final?

Right now, even though he sits atop the rankings, there are a number of voices questioning Djokovic’s commitment.

2020 was not a bad year, but there was growing concern over the Serb’s mental capacity on court, rather than his technical ability.

New York in September 2020 gave us a glimpse of the fragility of a top tennis player – especially playing under the restrictions Covid brought.

Then Rome and even Paris, despite a final appearance. London’s ATP finals also left many wondering ‘what next?’

We should know way before September 2021 if Djokovic has overcome those issues and if he is a real contender for another US crown.

He will be there or thereabouts, but the young guns are circling.

2021 could eventually see the breaking of the old guard and the emergence of a new force in world tennis.

Australian: Djokovic or Thiem
French: Nadal
Wimbledon: Djokovic, but Federer still an unknown
US: Between Thiem, Medvedev and Djokovic