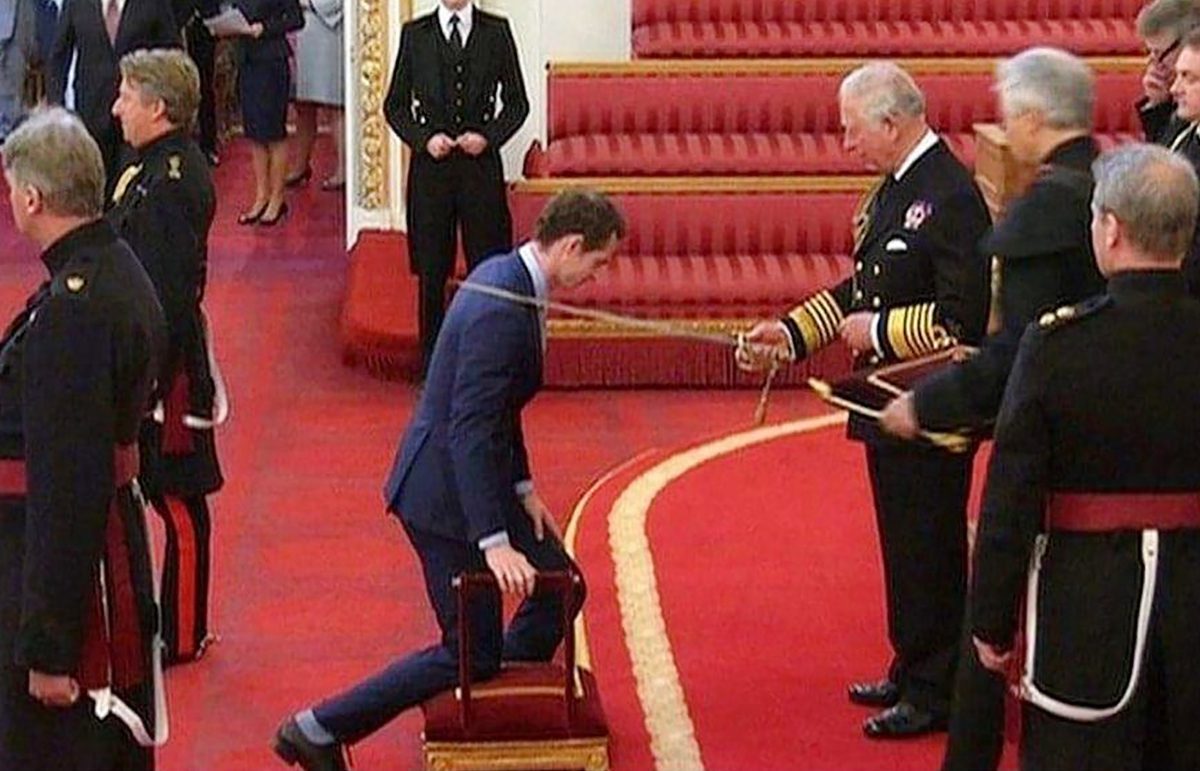 Sir Andy Murray, who  claimed  prior to the event  that he was “too young to be knighted” received his knighthood at Buckingham Palace  today – more than two years after he was awarded the honour.

Speaking at the time, 32-year-old Andy said being known as a sir “sounds a bit strange” but welcomed “the big honour”.

The investiture ceremony was conducted by the Prince of Wales.

His future plans are unclear following his second hip resurfacing surgery from which is currently rehabbing in the hope of  making a return to, and potentially retiring  from,  the game at Wimbledon this summer.

His proud mother Judy has recently announced that her son was “cautiously  optimistic” about a return to action, whilst the player himself says “he feels no pressure to return to the game”