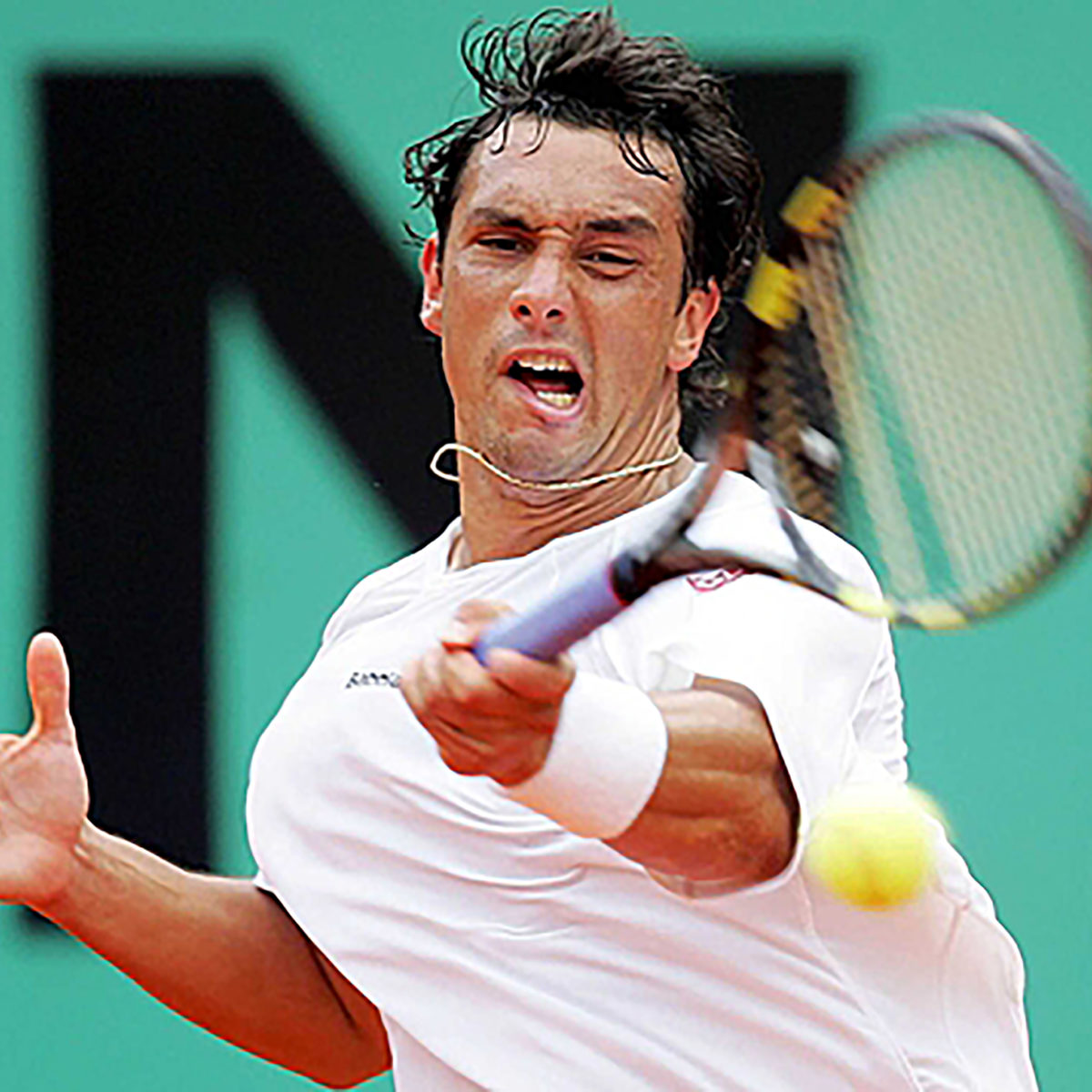 The Argentine who played Rafael Nadal in his first ever Grand slam final fifteen years ago has admitted that he lied to the Court of Arbitration for Sport (CAS) when he fell foul of a drugs test for the second time.

Mariano Puerta was staring down the barrel of an eight year ban shortly after losing to Nadal 7-6, 3-6, 1-6, 5-7  in the Spaniard’s first French Open appearance and his first as a seeded player in a major, at Roland Garros in 2005.

Puerta claimed yesterday he told a false story to the CAS , though two former members of his team, one still active, have disputed this.

Puerta had previously tested positive for a cardiac stimulant “etilefrine” which he claimed having “drunk accidentally” from his wife’s glass of water which contained a menstrual medication.

He was given an eight-year ban at the hearing, but he successfully appealed to the CAS using the “glass of water” story to get the ban cut to just two years.

The Argentine is now making a remarkable claim that he put up a false story for his defence.

“The explanation we used as a strategy was a lie. But I didn’t gain any sporting advantage, I don’t want to be seen as a cheat anymore,” Puerta told  the Argentinian leading daily “La Nacion” yesterday.

41 year old Puerta maintains that he never intentionally intended to take a banned substance to get a competitive advantage over his rivals, claiming that he his positive test was because he was taking a nutritional supplement which contained “caffeine and ginseng.” given to him by his former fitness trainer Dario Lecman.

It was that substance that contained traces of the banned substance etilefrine Puerta claims.

But Lecman denies ever gaving any pills to Puerta.

“I’ve got nothing to do with this. I didn’t give him anything. It’s a lie,” he said.

Puerta added “We couldn’t do anything because the pills were bought……I don’t know how to put this … not in a legal way,”

“My lawyers didn’t think it was a good idea to say what happened.”

Puerta claims the “glass of water story” was dreamed up by his lawyer Eduardo Moliné O’Connor, also a former executive of the Argentine Tennis Federation, who died in 2014.

“I asked him what had happened and he told me he didn’t know. I thought he was lying. I sensed that reply wasn’t sincere, I think he took something without knowing and it was negligence,” he said.

Puerta’s advice to today’s tennis players, “Don’t do anything that puts you in a position like mine. How can you be safe?”

“Be extremely responsible, do not delegate, do not trust anybody. The price that you might pay for making a mistake is very high. It doesn’t make sense. I was irresponsible.”