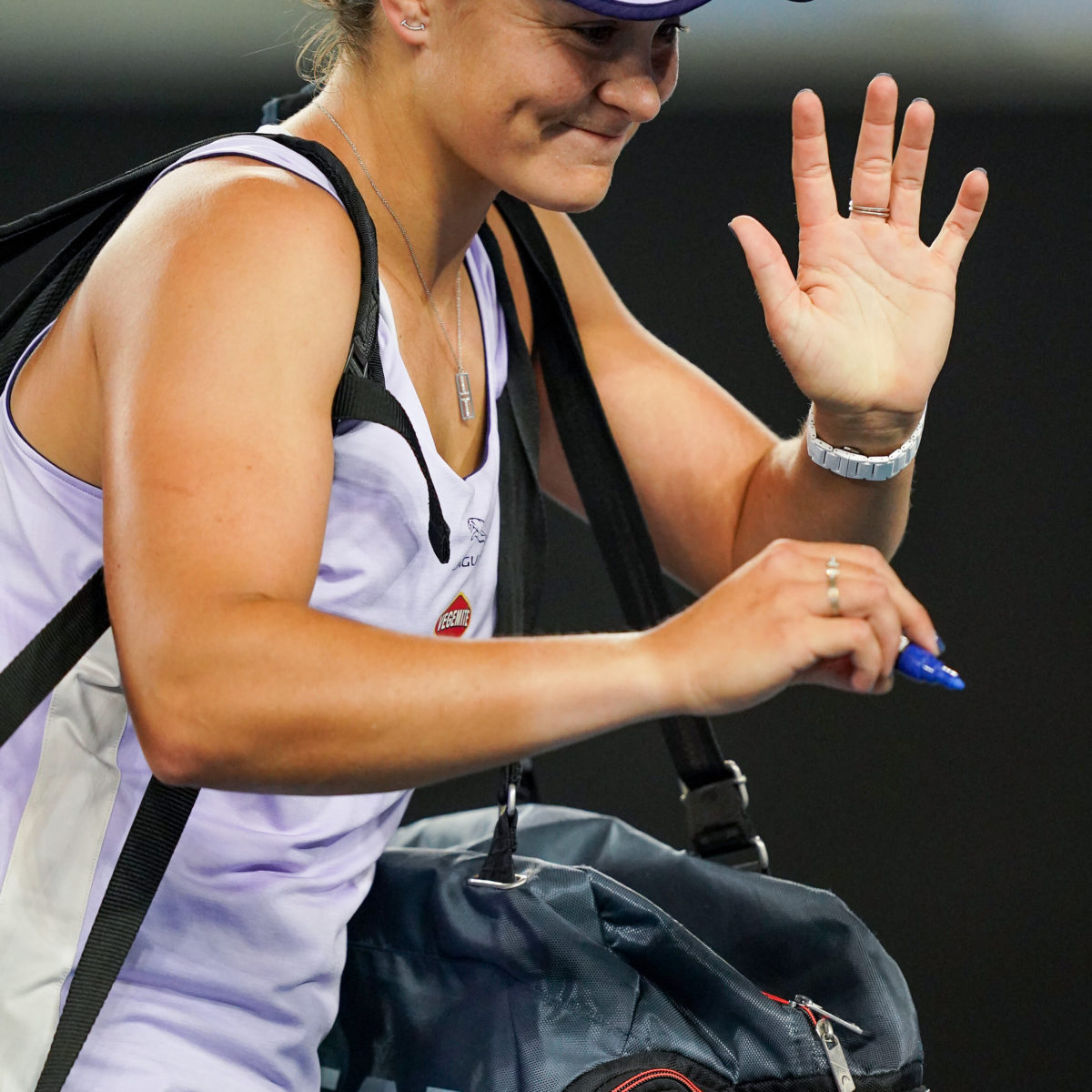 Barty, the world No. 1, has enjoyed storming success after her 11-month COVID-lockdown absence from the WTA, with the Aussie winning her first eight matches back in 2021.

That run has taken her confidently into the last eight at her home Grand Slam, where she made the semi-finals last season.

“It’s always a tough one, knowing the ability that Shelby has to take a match away from you very quickly,” Barty said.

“It was important for me to serve well and try and bring it on my terms as often as possible.

“Obviously it’s exciting to be in another quarter-final of a Grand Slam, particularly here in Australia.

“I’m certainly not satisfied with where we’re at at the moment. We (team) will keep chipping away and keep trying to do the right things to progress as far as we can.”

Barty felt the pressure from her American opponent while leading a set and 5-2, with Rogers saving two match points in the eighth game.

But two games later, Barty had the evening all wrapped up, converting on her third winning chance after less than 70 minutes.

Barty’s win came barely a week after she defeated Rogers in a run-up week event at Melbourne Park.

The top seed will aim for the semis against Czech Karolina Muchova, who defeated Belgium’s Elise Mertens 7-6(5), 7-5.

Barty won their previous match at the 2018 US Open.

Two Americans advanced to the last eight to set up a countrywoman quarter-final; they join Serena Williams who is already in place.

Jessica Pegula, daughter of the billionaire family which owns the Buffalo Bills NFL side, knocked out Ukrainian fifth seed Elina Svitolina 6-4, 3-6, 6-3; Jennifer Brady of the US defeated Croatian Donna Vekic 6-1, 7-5.

“I can’t get more confident, this is my best result yet,” Pegula said.

“I’m playing good tennis; today was a hard fought win, so I’m feeling pretty good –  I knew it was my match to take.”

Brady, a 2020 US Open semi-finalist, is ramping up for her clash with Pegula: “I’m super excited for her making her first Grand Slam quarter-final.

“I know the emotions that she’s feeling. You feel like you’re on cloud nine. She’s playing great tennis.

“I’m really looking forward to it. “