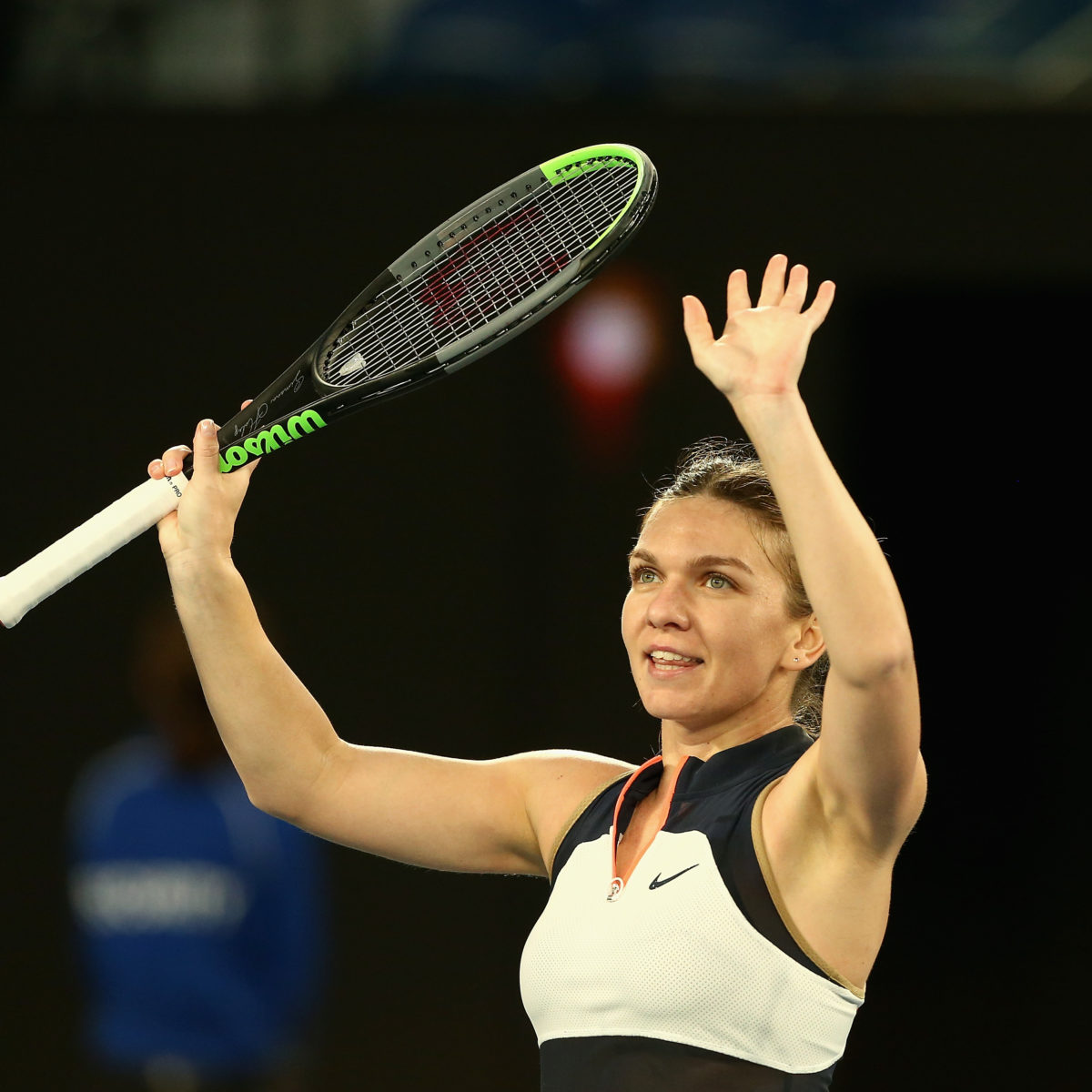 Simona Halep won her 100th Grand Slam match and took revenge for a recent loss with Sunday’s 3-6, 6-1, 6-4 fourth round comeback win over Iga Swiatek at the Australian Open.

Poland’s Swiatek had claimed her last 10 matches at the majors in straight sets but was weighed down by 42 unforced errors on the day.

The match was played without fans as Melbourne remains in lockdown for another three days at least after 13 positive COVID-19 tests at an airport isolation hotel.

“It was a big match, the pressure was there,” Halep said. “But I’m really happy I could win.

“It means a lot, I played my game and I felt great on court.”

Halep lined up a quarter-final showdown with Serena Williams – a re-run of the 2019 Wimbledon final won by Halep – after the American  took another step forward in her quest for the record books with a defeat of Aryna Sabalenka 6-4, 2-6, 6-4.

“It’s different playing Serena,” the Romanian winner said. ” She’s the only one with 23 Grand Slams, so you cannot compare her with all of us, because we do not have so many Grand Slams.

“But when I step on the court, it’s just another opponent. I’m always focused on myself more than who I play.

“I’m trying to give my best to try everything I can to win that match.”

Seven-time Melbourne winner Williams is trying to finally win a record 24th Grand Slam singles title after attempting since 2017 to nose over the line but losing four finals at the majors.

“It (the win over Sabalenka) was obviously important, I didn’t want to be out of the tournament,” Williams said.

“It felt good to get through that in the end,,” added the player heading into her 13th Australian quarter-final.

Halep trails 9-2 against Williams overall, with the American taking a 7-1 advantage on hardcourts.

“She is the best,” Halep said of her opponent. “You can only beat Serena if you play your best.”

Osaka, the 2019 Melbourne winner with three titles at the majors, lost her first set of the week with the defeat of former Wimbledon and Roland Garros holder Muguruza.

The Japanese third seed secured a trip to the quarter-finals at a COVID-empty  Melbourne Park in just under two hours with 11 aces among 40 winners..

The winner, who can be vague at times, couldn’t quite figure how she actually got the job done.

“I’m not really sure, to be honest. I think I was just trying to fight for every point, then it sort of led me to win.”

Osaka saved two match points and swept the last four games to advance to the quarters here for the second time in three years.

“Today was just a battle, I’m very happy with myself,” the winner said.

“A year ago I probably wouldn’t have won this match. There are so many things that I was thinking about on the court that just would have blocked me from trying to win the match or trying to problem solve.”

“It was a pretty good match, we had a lot of great points. I felt a little disappointed being 5-3 in the third set up, having match points.

“It’s never a good feeling losing a match after the result changes in one second.

“But I left the court with a good feeling for this tournament in general.”

Osaka’s next challenge will come from evergreen 35-year-old  Hsieh Su-wei, who reached her first quarter-final at a major on her 38th appearance through a 6-4, 6-2 win over Czech Marketa Vondrousova.

The doubles world No. 1 from Taiwan with three doubles trophies at the majors is the oldest woman to ever make a Grand Slam quarter-final debut.

Hsieh double-faulted away a first match point but came good on the second as Vondrousova returned wide.

“It’s quite exciting. But during the match when I was winning, I (didn’t feel it)  was real because there were no fans there,” Hsiah said.

Japan’s Osaka has won three of the pair’s four WTA-level matches, including a Melbourne third round in 2019.

“She’s one of those players that if it was a video game, I would select her character to play as her,” Osaka, a gamer herself, said.

“My mind can’t fathom the choices she makes when she’s on the court. It’s so fun to watch – it’s not fun to play, but it’s really fun to watch.”