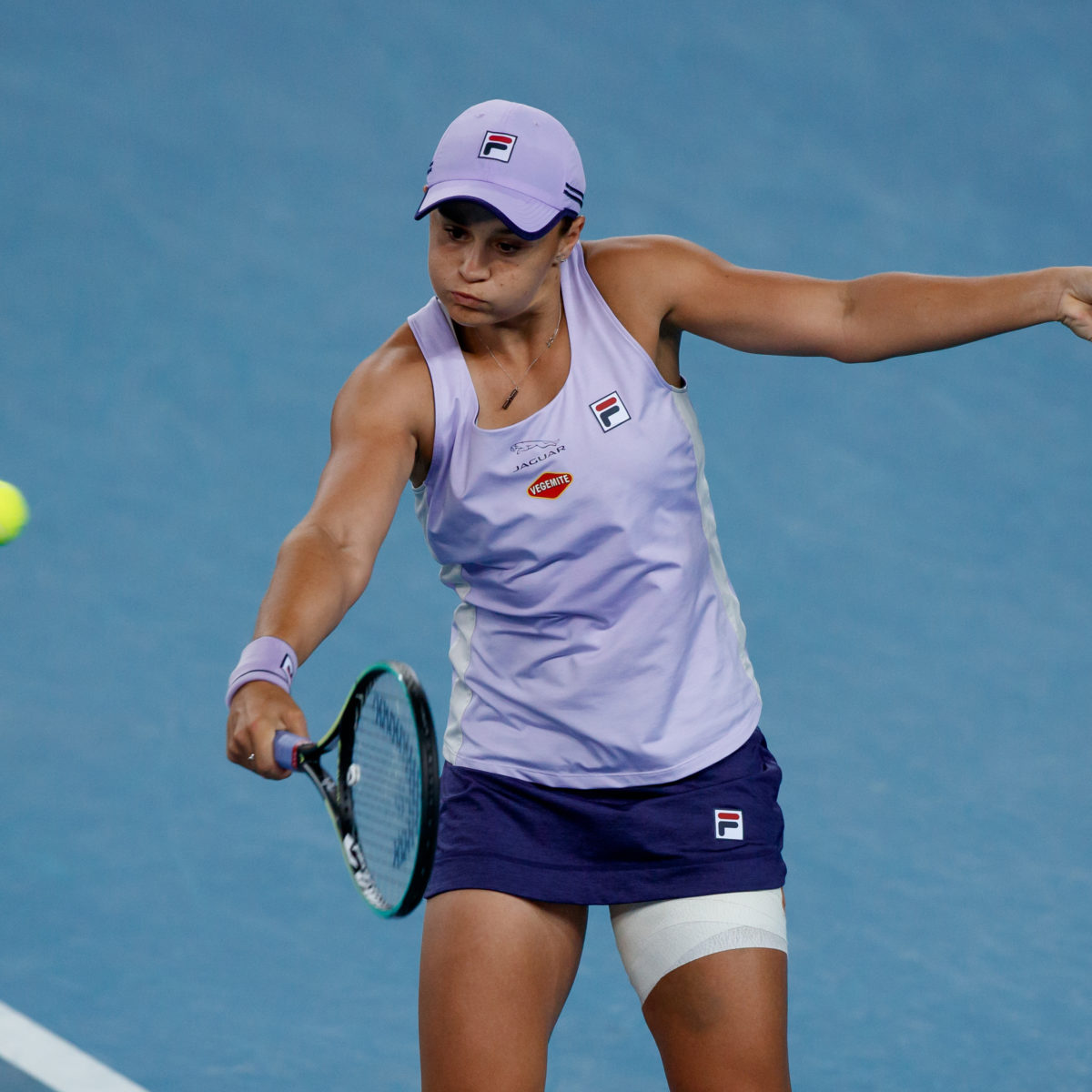 Top seed Ash Barty broke five times in a 6-2, 6-4 demolition of Ekaterina Alexandrova on Saturday, brushing more rust off her game after missing nearly a year of tennis due to the COVID pandemic.

With stands at Melbourne Park empty until at least next Thursday due to an emergency Victoria state lockdown, Barty went about her business without the usual appreciative home audience.

The world No. 1 who stayed in Australia for the majority of 2020 dropped serve once in each set but made up for it to move into the fourth round. She showed no signs of the leg injury which she had carried in previous matches.

She fought from 4-2 down in the second to secure victory.

Barty set up a date with American Shelby Rogers, who beat Anett Kontaveit 6-2, 6-3 and then blew end-of-match kisses to imaginary fans in the stadium.

Barty will defend national honour on Tuesday as the last Australian woman left in the draw.

Fifth seed Elina Svitolina remained untouchable so far, with the Ukrainian entering the second week without the loss of a set.

A  6-4, 6-0 hammering of Yulia Putintseva proved the point, with Svito next to play American Jessica Pegula, a 6-2, 6-1 winner over France’s Kristina Mladenovic.

Svitolina has now won six straight matches against Putintseva. “I was expecting a tough battle today,” the winner said after breaking six times in 84 minutes..

“We played some epic matches in the past. For me, it was just important to play aggressive.

“It wasn’t easy to adjust to her game, but  as soon as I was feeling better, I just stepped my game. It  was quite a comfortable win after that.”

The fifth seed twice recovered from a break down in the opening set before taking command to close out a place in the fourth round by winning nine consecutive games.

Pegula will be competing in a Grand Slam second week for the first time in her career after her defeat of Mladenovic. She lost to upcoming opponent Svitolina at the start of January in the Abu Dhabi first round.

“She’s playing very aggressive,” Svitolina said.  “She’s picked up her game quite well for the past I think year.

“I’m expecting a tough battle against her. She’s a good competitor.”

Pegula goes into the Monday test with growing confidence; she advanced in 68 minutes with 21 winners while breaking six times.

“I’m playing with a lot of confidence and being really aggressive. I’m attacking a lot with my forehand and keeping people pressured at all times,” the American said..

“Why can’t I go deep at a Slam?, I’m glad it’s coming together right now.”

American Jennifer Brady beat Slovene qualifier Kaja Juvan, the No. 104 who eliminated Johanna Konta in the opening round. Brady now plays Donna Vekic, who saved a match point in a defeat of Kaia Kanepi, 5-7, 7-6(2), 6-4.

The penultimate game for Brady lasted for 18 minutes and contained nine deuces.

No. 6 Karolina Pliskova was taken down 7-5, 7-5 by fellow Czech Karolina Muchova with the seed admitting she has just not been feeling her game.

The victory came through a comeback from 0-5 down in the second set, with Muchova running off seven straight games to secure her first spot in the Melbourne second week.

The win marked revenge for a loss here to her compatriot in 2019.

“Overall, too many mistakes, too much panic in the rallies. I don’t know if it’s just not having any matches much lately.

“I didn’t feel safe with anything that I was doing on the court.”

“I didn’t expect it to go this quick but still, she’s a great player, and could get back into  the game any time,” the winner said.

“I really had to stay in my bubble, do my thing. it was just a good day at the office.”