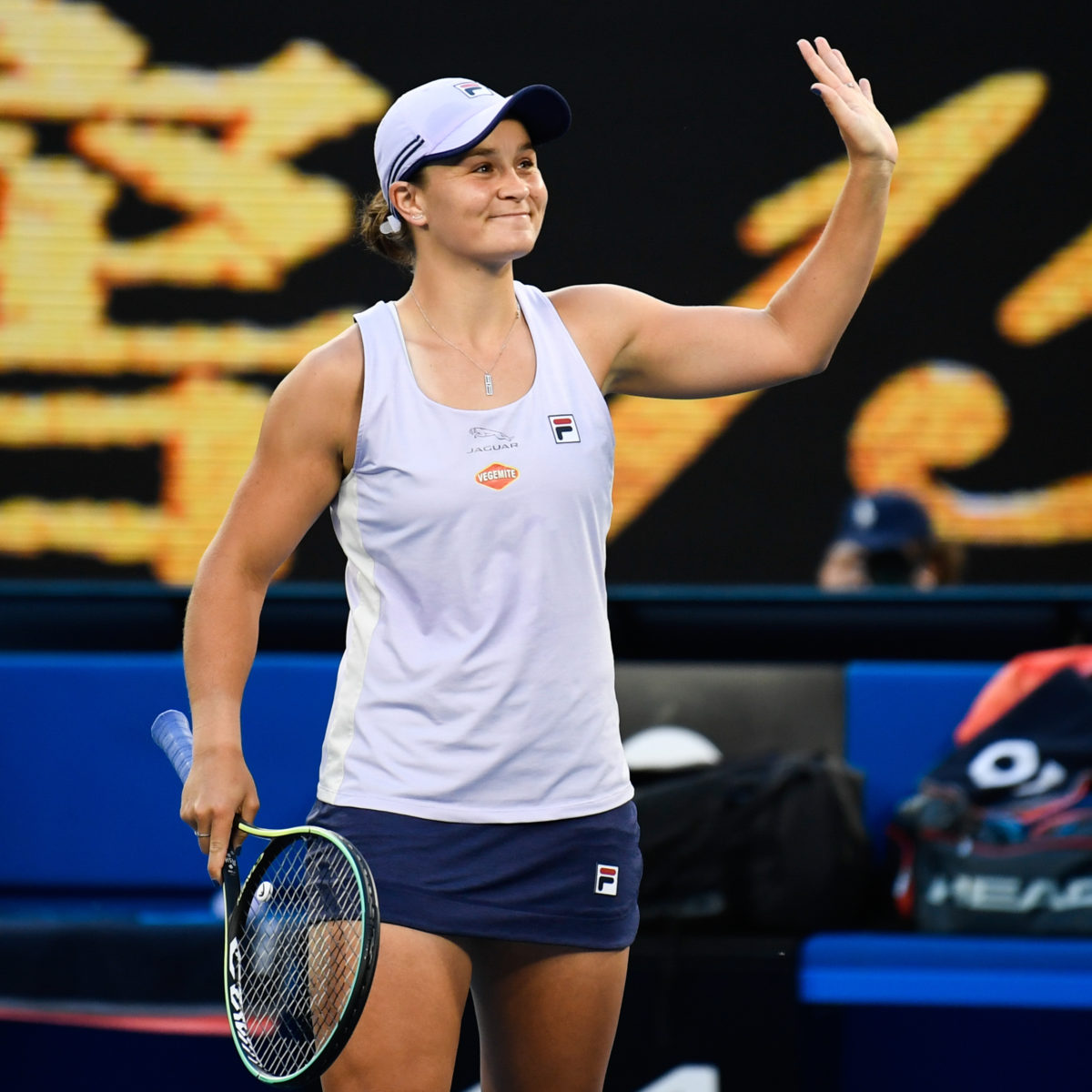 The Australian who sat out the majority of the COVID-influenced 2020 season, last posted a perfect match in the 2019 Fed Cup final, beating Caroline Garcia of France by the same scoreline.

“it was amazing,” Barty said of a night match played with fans in the stands at the Rod Laver arena.

“It sounded like there were a lot more people in there than there actually were. A night session at Rod Laver is really, really special.

“Tonight I had the game plan spot-on, which was really pleasing. I was able to roll with the momentum throughout the whole match.”

Fourth-seeded American Kenin felt a bit unsettled upon her return to the event she won 13 months ago.

“It’s obviously nice to get the win. I love the court, have great memories. It was a little bit emotional, but I tried to handle them.

“I was quite annoyed the whole match; the first two points I started off well, then wasn’t able to close out the first game.

“But nerves happen. She played really well and I was quite hard on myself today, quite annoyed.

“I was tight and not there 100 per cent mentally.”

The Spanish winner was 48 hour removed from a finals loss here in a run-up event to Barty.

Muguruza said she treated her Grand Slam start as just another match.

“It felt good out there, I was excited to start the Grand Slam after a few weeks here on-site and in Melbourne.

“The first set was tough, we both played well. In the second, I started a little bit better and took the lead quite early. At the end I think I played better.”

“I pulled my ab, and that made it difficult for me to serve,” Konta said. “That’s why I had to retire.

“I’m in a bit of shock, so I don’t really know anything yet.”

Aussie veteran Sam Stosur, who won her last match at her home major in 2015, finally came through with a victory, defeating compatriot Destanee Aiava 6-4, 6-4.

“Unfortunately (it’s) the luck of the draw, sometimes playing a fellow Aussie,” the former US Open champion said.

“But I’m really happy to get through, very happy with the way I played. And moving on to the second round for the first time in a while.

“I expected not to play great,” former No. 4 Bencic said. “It’s been  extremely frustrating; I know how I can play, but I cannot show it.

“I’ve not been feeling well yet with my tennis-wise. But I still have a heart on court and I try to use it.

“I definitely tried to fight with what I have, which wasn’t much today.”