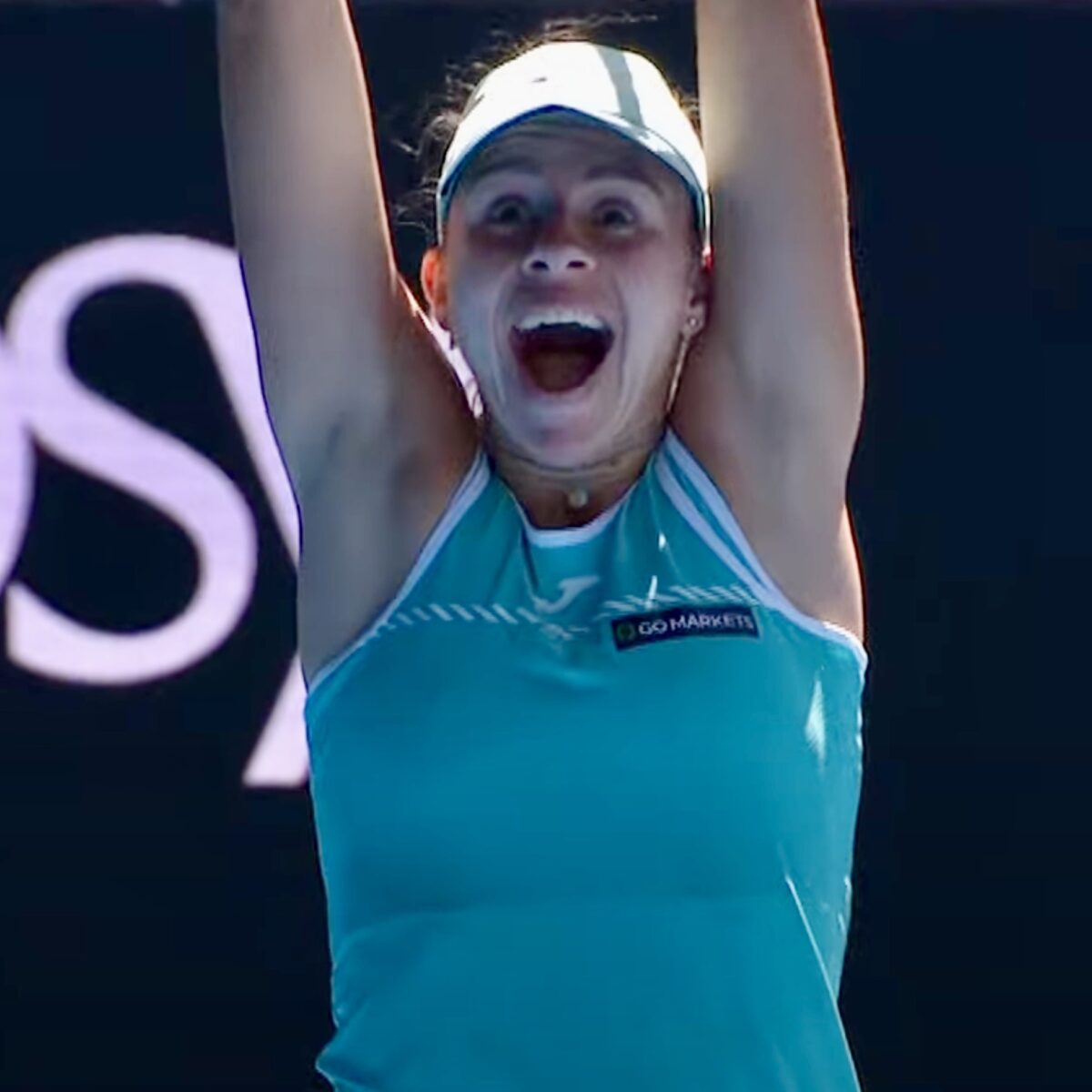 Fourth seed Caroline Garcia was bundled out in the fourth round of the Australian Open, losing 7-6 (3), 6-4 to Polish outsider Magda Linette as the second week began on Monday.

The Frenchwoman who won the WTA Finals in November was denied a career-first Grand Slam quarter-final while the 45th-ranked Linette achieved the last eight at a major for the first time.

“Coming onto the court, I was confident in how I was playing. She’s a tough opponent, especially on the big stage,” Linette said.

“I’m glad I stayed composed when I was down.”

Linette started slowly, dropping serve twice, but powered back to win the opener in a tiebreaker and maintained momentum in the second set on the way to victory.

“I knew I had to serve well,” Linette said. “I had to make sure the quality of serve was there, otherwise she would be punishing me. I had to wait for my opportunities.

No. 5 Aryna Sabalenka reached the quarters at the expense of Swiss Belinda Bencic 7-5, 6-2.

She will bid for the semi-finals when she plays Donna Vekic, a 6-2, 1-6, 6-3 winner over Czech teenager Linda Fruhvirtova.

“I’m super happy to be in the quarter-finals,” Sabalenka said. “Super happy with the win and the level today on court.

“I didn’t start well in the beginning, but was able to come back in the match. I’m happy with my mindset on court – it was a great match.”

She came from a break down (4-2) in the first set to earn her fourth-round victory in 87 minutes.

Bencic also came to the match with a perfect 7-0 record after winning the second iteration of the Adelaide WTA tournament.

Bencic trails Sabalenka 2-1 after the pair played for the first time since 2019.

“I felt like I couldn’t handle her power, that was the biggest difference,” the Swiss said.

“I don’t feel like this is a really bad loss. She’s for sure very in form right now and also playing very good.

“So I’m not discouraged or super devastated after this loss. I feel like I had a great start of the year.

“I just want to go back and work harder and come back. I’m still very motivated to just continue to play my next tournaments and just continue my luck at the Grand Slams.”