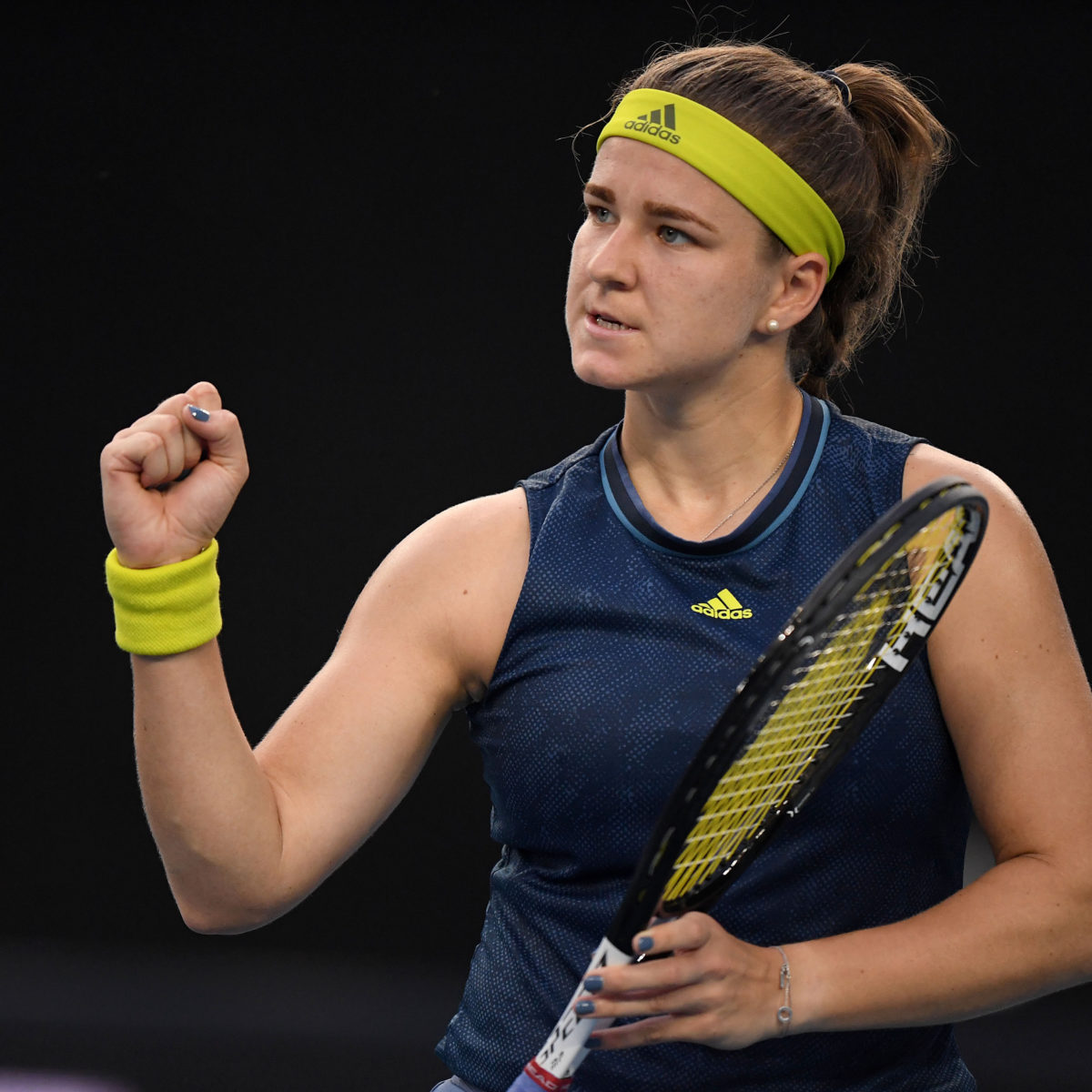 Czech Karolina Muchova brought a childhood tennis dream to life on Wednesday with her 1-6, 6-3, 6-2 defeat of world No. 1 Ash Barty to reach the semi-finals of the Australian Open.

The 25th seed said she had long fantasised about success in Melbourne as the 24-year-old played here for the third time.

“I actually have one memory from here when I was a kid and got my first notebook (computer),” Muchova said.

“I put it as a wallpaper Rod Laver, the stadium. I was just, like, ‘I hope one day it would be nice to play there or to look at the arena or whatever.’

” Now I just won a match and make it to semifinals. It’s amazing.”

Muchova will aim for a surprise Grand Slam final as she faces Jennifer Brady, who defeated American compatriot Jessica Pegula 4-6, 6-2, 6-1 in another comeback quarter-final result.

Muchova takes a clean 2021 slate into the semi-final, winning eight matches but also handing in January injury walkovers in at Abu Dhabi and the Gippsland Trophy played at Melbourne Park.

Muchova made a major recovery from a disaster of a first set against Barty who had not lost a set coming in.

The Czech challenger overcame 16 unforced errors in the opening chapter as she turned the tide on the top seed on the last day of the crowd-free COVID lockdown which began on Saturday.

While the MTO was somewhat controversial, Barty took it in her stride.

“It’s within the rules, she’s within her rights to take that time,” the Australian said.

“We have those medical timeouts for cases that are needed. Obviously she needed that today.”

With the sets square at one apiece, barty got off to a poor start in the third, losing serve twice as Muchova stayed steady to complete the upset.

“This is definitely something new for me, but very nice,” the winner said. “it’s amazing, I’m feeling good,

“For me to be in semi-final, it’s like a dream and I’m really happy for that.”

Brady earned her second consecutive semi-final at a major after doing the same at the US Open last September.

“I felt really good out there physically. I could maybe see that Jess was a little bit tired there. That definitely helped me mentally.

“It gave me a bit more confidence knowing that I’m doing pretty good; maybe she’s a little bit tired, now is my chance to really step up here and take advantage of that.”

Brady won with seven aces and six breaks of serve.

“I found my way in the second set just playing more aggressive on my terms.

“Towards the end of the third I was just really dialed in, tunnel vision; I just keptgoing for my shots, playing aggressive.”

Muchova won her only previous match with Brady at 2019 Prague.