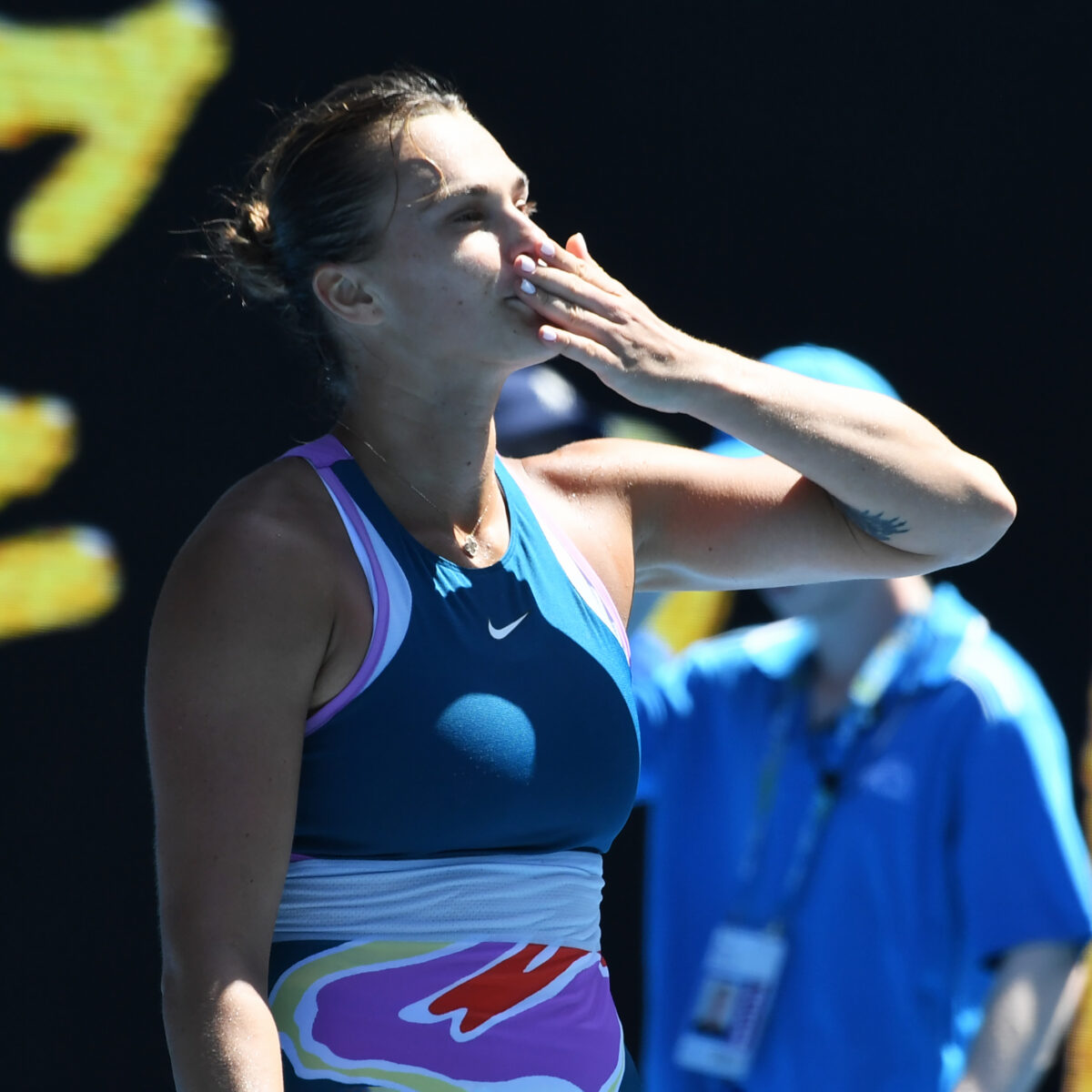 Experienced campaigner Aryna Sabalenka will face off against semi-final newcomer Magda Linette in an Australian Open showdown on Thursday.

Fifth seed Sabalenka reached her first semi-final here after accomplishing the feat at Wimbledon (2021) and the US Open (2021, 2022).

The winner of a pre-Open title this month in Adelaide improved her record against Donna Vekic as she defeated the Croat 6-3, 6-2 in just under two hours.

Sabalenka stood 1-5 in the series coming into the meeting at Melbourne Park.

“It feels really special to reach the semi-final here,” the winner said. “I’m super happy with the win.

“I didn’t know my record during the match and it was better that way.

“I played calm in a tough match from her. I stayed steady no matter what.”

She has won nine matches without a loss this season, claiming all of them in straight sets.

Linette, ranked 45th, made her first major breakthrough with a 6-3, 7-5 upset of former semi-finalist Karolina Pliskova.

Linette broke new personal ground with her upset in 87 minutes, with 18 winners and 19 unforced errors.

Linette broke in the penultimate game of the second set and served out her biggest win a game laer on first match point.

The Polish player stayed within herself as she broke fresh career ground, focusing on the task ahead here.

“I’m quite calm, surprisingly. That helped me last time, and I think that’s a good way for the next one (match), especially since we are playing tomorrow.

“(I was) just staying composed mentally. My first serve wasn’t always there. I think I did really well not to panic and still stay in the rally and go for the shots when I had the chance.

“That was something I did the best.”

Two years ago, Lineete was forced to withdraw from the tournament and undergo meniscus surgery on a troublesome knee.

“It it was honestly the most painful experience of my life, no one could diagnose me for almost 11 weeks, so I was out for a total of five months.

“The surgery happened way ahead of the Australian Open. We really tried to avoid the surgery.

“But one day before before my flight, (with) the pain and the uncomfortable feeling I made the decision (to undergo the operation).”

Linette said her strategy will remain the same as she heads into the biggest match of her life.

“I think she will be just a little bit more consistent version, aggressive on every single shot.

“I will just need to serve really well again; I’ll try to do my best on the return. I’ve been doing that pretty well the last two matches.”