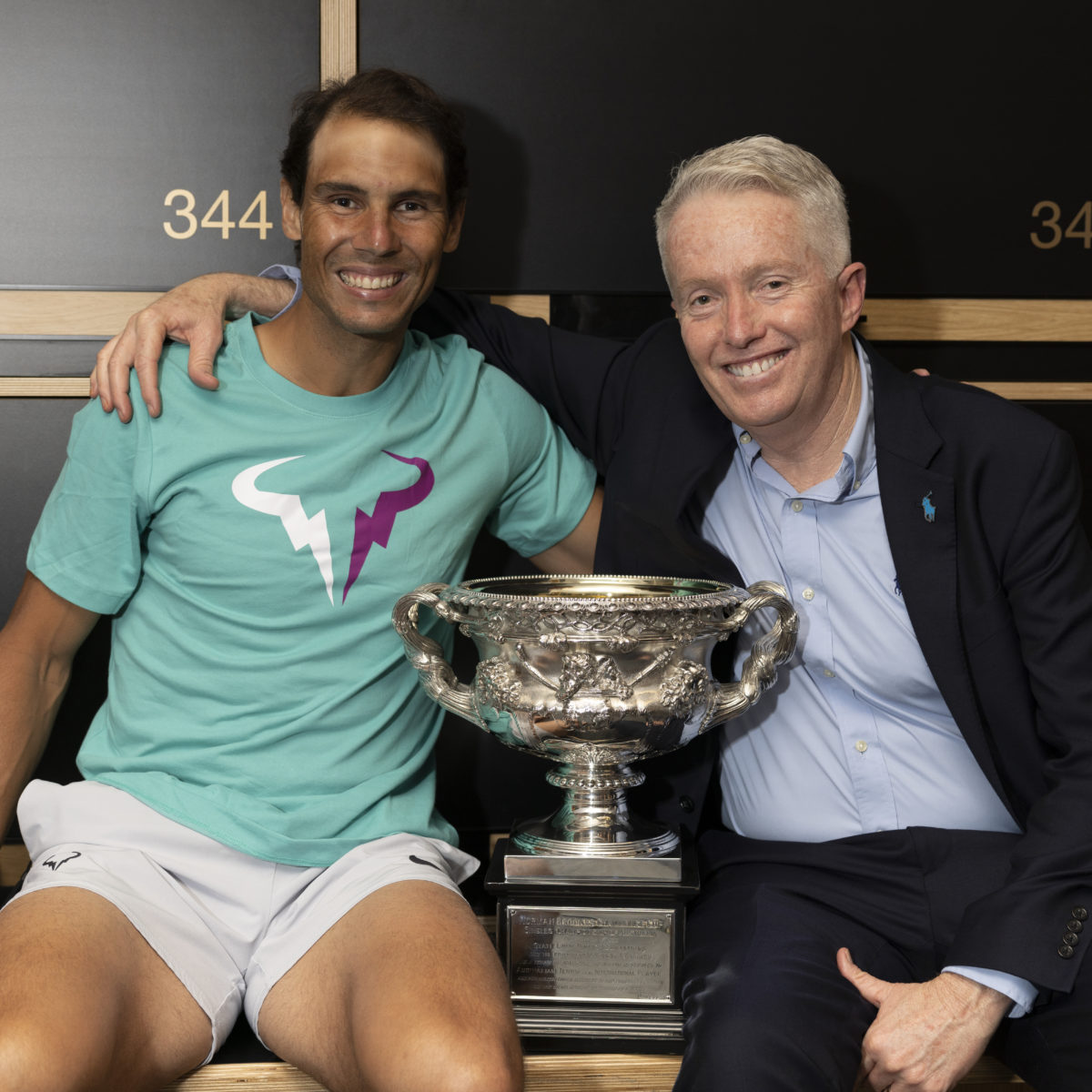 It was the end Tennis Australia boss Craig Tiley was desperate to see.

A happy ending to a Grand Slam event that two weeks ago was in danger of going wildly off the rails as claim and counterclaim over a Covid exemption overtook and backhand winner the courts at Melbourne Park had to offer.

The 2022 Australian Open began like no other – shrouded in controversy – with the eventual deportation of world No.1 Novak Djokovic because of his anti-vaxx stance to Australia’s tough immigration rules.

It ended 14 days later with possibly one of the greatest comebacks in tennis history.

Of course it wasn’t all about two men. Ash Barty’s triumph on Saturday to become the first Australian woman to win on home soil in 44 years was another massive positive to take from this tournament.

But it is more likely the chaos that preceded the event that will be remembered.

Will he won’t he? Was he vaccinated, or wasn’t he? And what deals had been offered or even concluded to let the world No.1 into the country.

That was world sports news, and quite rightly so.

What it became was world page one news.

The nine-time Australian Open champion detained in a downtown immigration hotel, a series of court cases and the eventual deportation.

Not what any major sporting event would wish for.

At the time the world was split. Australia was a nasty place that treated those with the wrong visas in an abhorrent way.

Once it was discovered there were massive inconsistencies in his argument, the dates of transmissions and the wrong information on immigration documents, opinion had begun to shift.

In Australia it was simple: get vaxxed or don’t come here.

We will not know who actually was responsible for even allowing Djokovic on the plane from Dubai in the first place for some time. Or who to blame – Tennis Australia, thew Victorian State government, or the Federal authority ultimately responsible for immigration process.

By the time the first ball was struck on Rod Laver Arena, Djokovic was back in a Dubai airport lounge, waiting for his flight home to Serbia.

And the Australian Open was under way.

There was the embarrassing efforts of Tennis Australia having to make a u-turn over the Peng Shuai T-shirt saga, after heavy-handed security officials waded into a protest they should never have gotten involved in.

There was raucous fan behaviour – booing and screaming. Simply not tennis.

And there was Nick Kyrgios playing the court jester – or was that ‘clown’ – as he courted both jeers and cheers on his way to a men’s doubles title.

Crowds returned in numbers and Tiley was looking like a cat that had found the cream on Sunday evening as Rafa Nadal completed an amazing two weeks to win his record 21st Slam.

Barty’s achievements were stunning – women’s tennis after a few years of fluidity in the rankings – has found a real No.1 the whole world can be proud of.

Naomi Osaka returned – she didn’t win but the fact she was back on court playing tennis was a positive.

As was the sight of French showman Gael Monfils enjoying his game again.

Bt we’ll end our review as we began. Like a stage show, the final act was as top of the bill as you could get it.

An unprecedented 21st Grand Slam after a final lasting five hours and 24 minutes.

And for a 35-year-old legend with an alleged dodgy foot injury, it was an amazing finale.

It was Nadal’s second Australian Open, but the last one was came 13 years ago.

And it was his first win from two sets down in almost 15 years.

Nadal had not played competitively since last August, yet he had the stamina to see off the young pretender to the crown.

By 1am local time no one cared about what happened 14 days earlier, no one remembered.

It was the perfect end to an imperfect tournament – but it was exactly what the doctor had ordered.