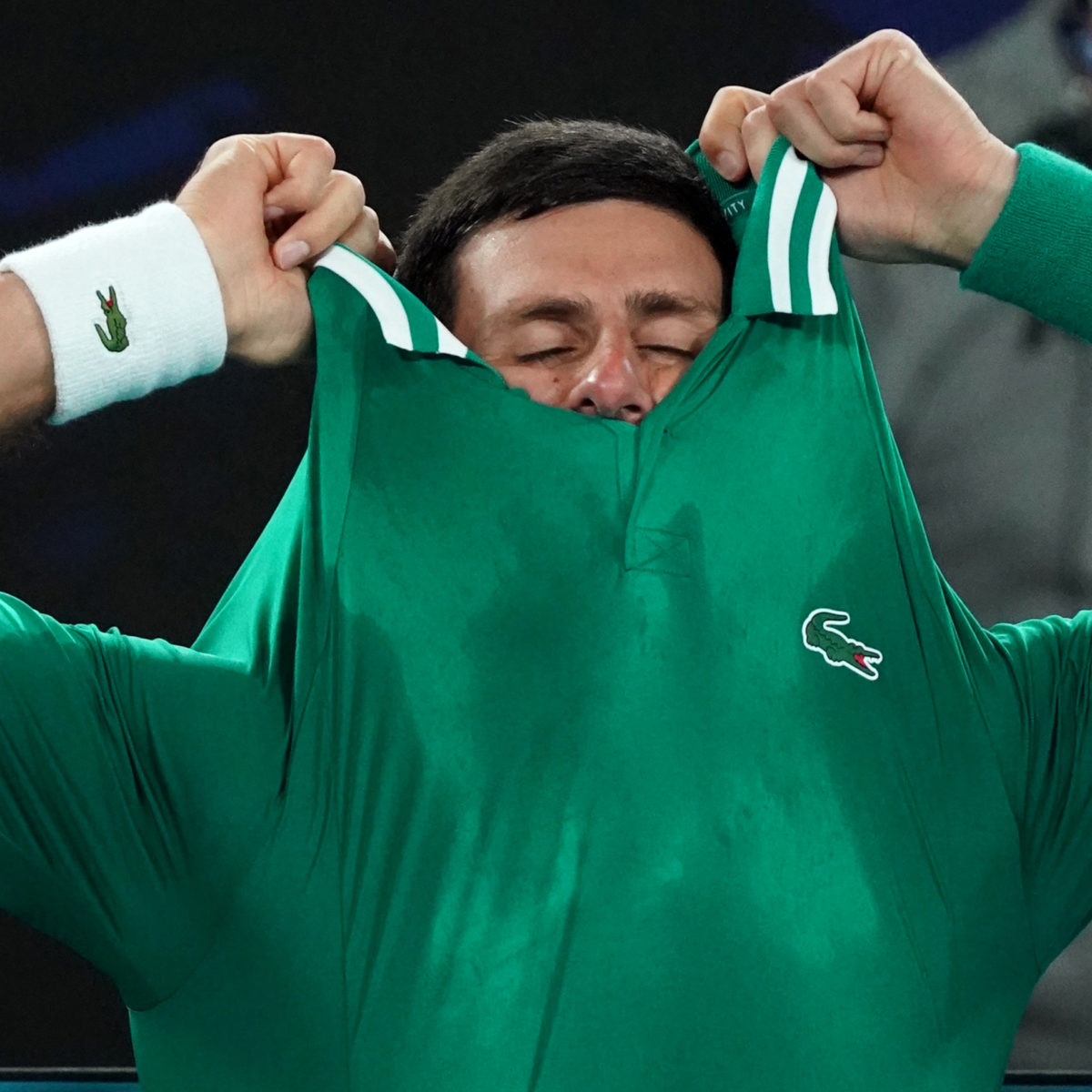 Novak Djokovic will venture into the unknown when he plays a long-odds Russian qualifier after defeating Alexander Zverev 6-7(6), 6-2, 6-3, 7-6(6) on Tuesday at the Australian Open.

The top seed will enter the semi-finals at the event he has won eight times after spending more than three and a half hours in overcoming his sixth-seeded German opponent.

Djokovic, who had dramatically all but ruled himself out of the tournament on Friday as he claimed a abdoming tear injury, showed no signs of distress over the long haul against Zverev, whose own abdomen was heavily taped.

The Serb will next face the wonder of the fortnight when he plays unknown Russian qualifier Asian Karatsev, who defeated back injury victim Grigor Dimitrov 2-6, 6-4, 6-1, 6-2.

“I’m a bit surprised but credit to him, he played very well. It’s unfortunate that Grigor was injured,” Djokovic said.

“But nothing to take away from the success of Karatsev. I didn’t know much about him before this tournament though I’ve seen him play.

“He’s got a lot of lot of firepower from the back of the court and has nothing to lose.

“I’m looking forward to it.”

Djokovic called his own comeback performance – possibly kicked off by a  massive third-set racquet smash –  more than satisfying after defeating Zverev in a second Grand Slam meeting.

“I felt better than any day since my injury happened in the third round. I hope I’ll be ready for the next match.

“I’ve been having one of the best events for serving in my life,” he said after winning on a 23rd ace. “I had more aces than Sscha today

“I’be worked hard on the serve and in the crucial moments I read his serve and found the right shot at the right time.”

Dimitrov suffered the consequences of a back problem so serious that he could not bend over to reach his own shoelaces.

The last man from the qualies to get this far at a major was Vladimir Voltchkov at 2000 Wimbledon, a match he lost to eventual tournament champion Pete Sampras.

“It’s an unbelievable feeling,” Karatsev said. “It’s amazing that I passed to the semi-finals from qualifying.

“I’m just trying to enjoy the moment and not thinking about that too much and playing from round to round.”

Dimitrov, who crushed last year’s finalist Dominic Thiem in the fourth round, needed a medical timeout in the third set as he struggled against his injury.

“I got a back spasm yesterday and that was it,” Dimitrov said. “We couldn’t fix it on time.

“It happened, I think, early in the match. It kept on progressing, and it was unstoppable – but that’s enough about me. It’s his day.

“You just take it in and try to move on.”

Dimitrov lasted for two and a half hours against the ultimate underdog, matching Karatsev with nine aces but dropping serve eight times.

” I felt great over all the past days,” the Bulgarian said. “I was very positive and upbeat for whoever I had to play,.

“Today, I couldn’t put my socks on before the match, so I knew it was going to be a tough moment for me.

“I tried, but it was not good enough; he absolutely deserved to win.

“I actually don’t know what else to say – it sucks.  Again,it’s sport, you just never know.”