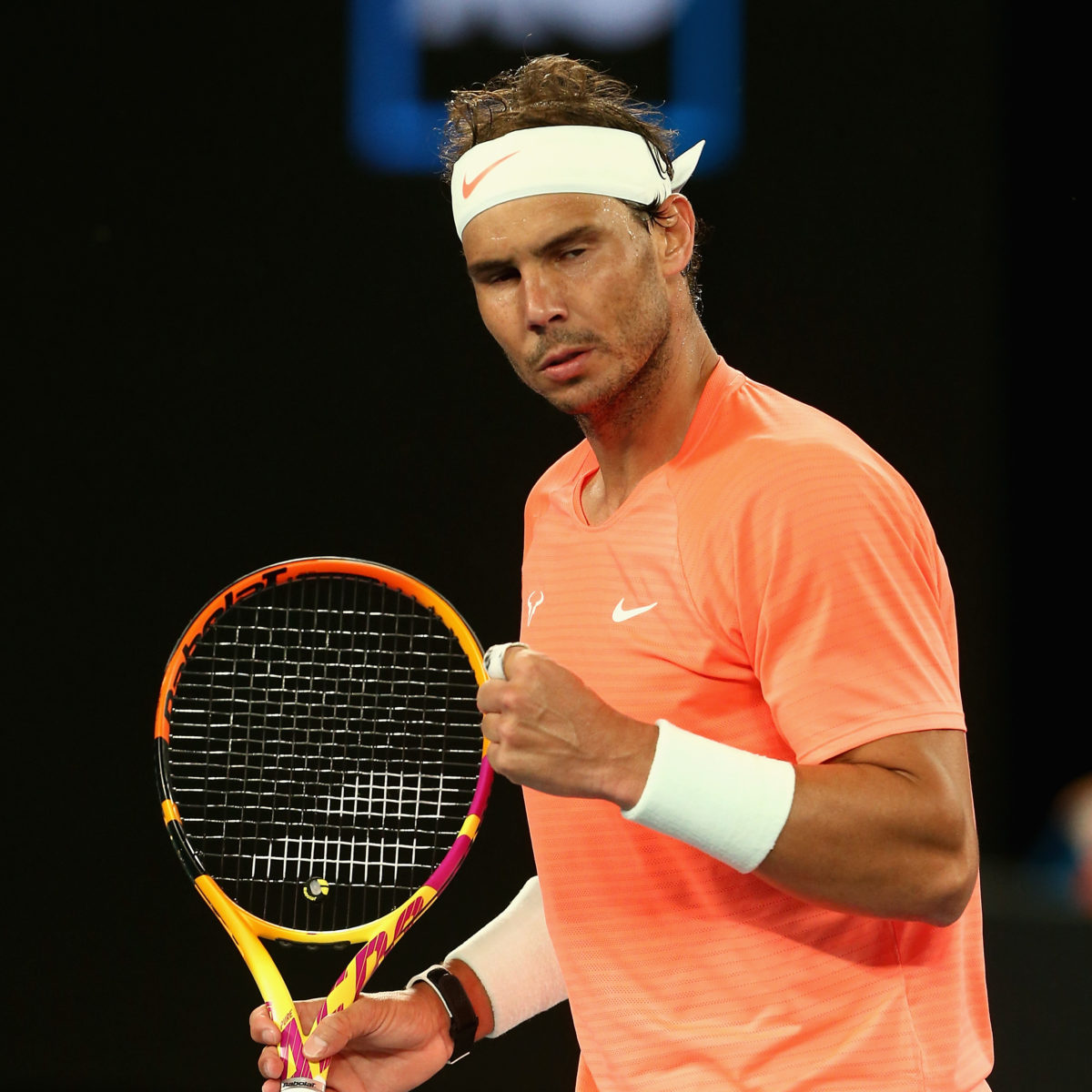 Rafael Nadal’s fitness made continued improvement at the expense of Fabio Fognini, with the second-seeded Spaniard rolling the Italian 6-3, 6-4, 6-2 on Monday to start the second week of the Australian Open.

Fognini’s heavy defeat was followed by an abdominal injury pullout from compatriot Matteo Berrettini, with the ninth seed unable to take to the court for a quarter-final against Stefanos Tsitsipas.

Nadal appeared to notice little except his own conditioning status after dealing with back pain which affected his serve ever since arriving in Australia last month.

His last-eight hammering of 16th seed Fognini took only two and a quarter hours as he broke the reigning Monte Carlo champion six times.

“The first set was without a doubt my best level in the tournament,” the 34-year-old winner said.

“I’ve been able to practise for two days in a row.; that makes an important difference.

“It’s important to find positive feelings now. This match helps. I was not able to practice the proper way for the last 19 days.

“But yesterday I started again to increase the amount of work on the practice – today was a positive victory.”

Nadal has won six of seven Tour matches against Greek fifth seed Tsitsipas, his next opponent.

“I’ve been able to win four matches already here, and I have a very tough opponent in front,” Nadal said.

“I need to play my best – let’s see if I am able to do it. I’m excited about playing that quarter-finals match.”

Berrettini needed a medical timeout during his Saturday defeat of Russian Karen Khachanov and was unable to reach match fitness in time for his quarter-final with Tsitsipas.