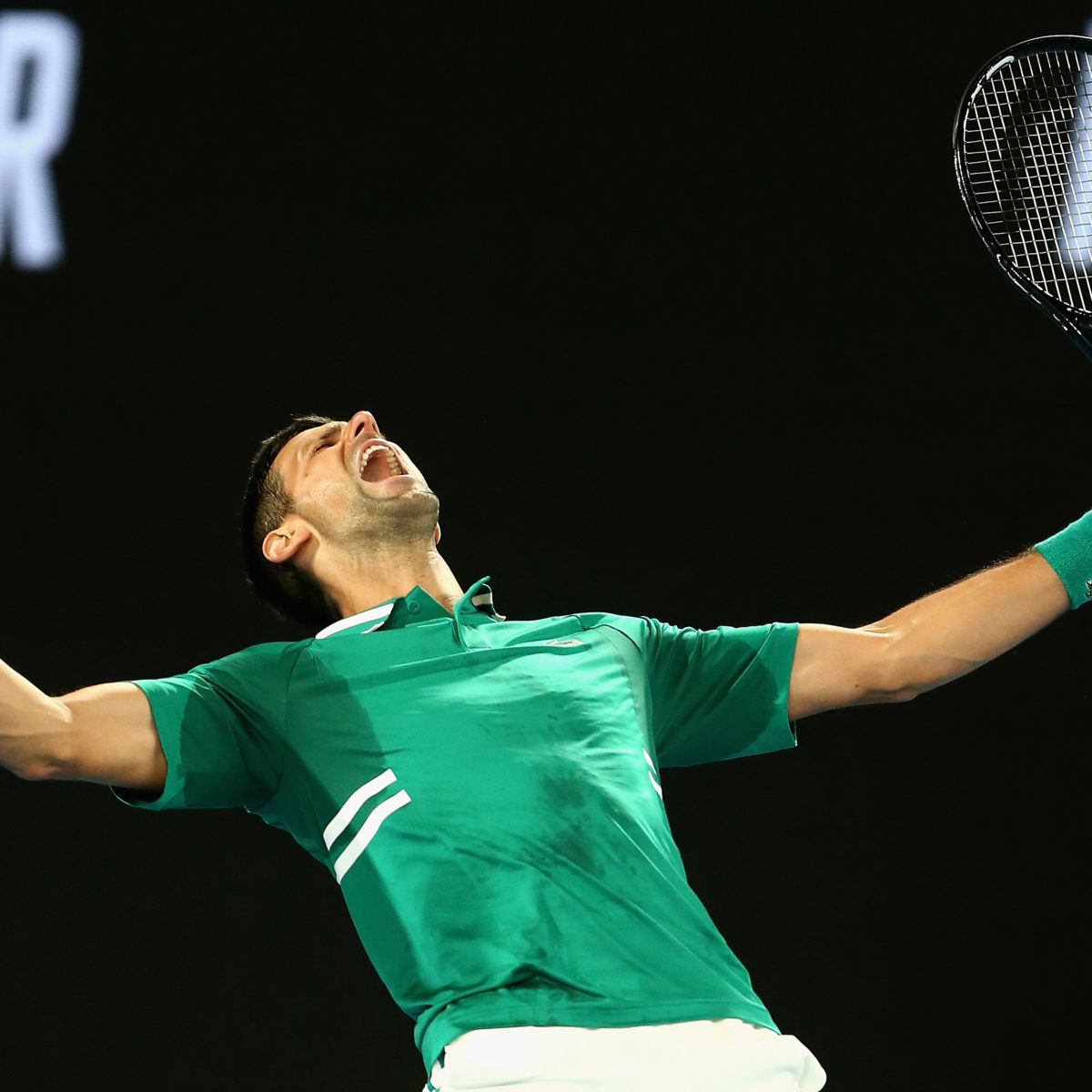 Novak Djokovic and Dominic Thiem emerged winners after five-set struggles on Friday as the top two seeds managed to reach the Australian Open fourth round .

Thiem completed his fourth career fightback from two sets to love down, beating Aussie Nick Kyrgios 4-6, 4-6, 6-3, 6-4, 6-4 and getting off court prior to the start of a midnight COVID-19 lockdown which will run for a minimum of five days.

Djokovic erupted like an enraged gorilla as he screamed at an empty stadium and shook his fists in some kind of victory dance after overcoming American Taylor Fritz 7-6(1), 6-4, 3-6, 4-6, 6-2.

That match was interrupted by the Serb’s rule-bending medical timeout to treat his right hip and again at 11:30 local time when authorities ordered the Rod Laver  arena cleared of fans before the lockdown kicked in.

The half hour it took gave the injured Djokovic valuable time to rest.

“I just tried to stay in there and be hopeful that whatever was happening (hip) would feel better,” the said. .

“At the end of the fourth set it started to feel better, but I could only serve and not do much on return.

“I just went for my shots and it worked. This is one of the most special wins of my career and given the circumstances is something I will remember forever.,”

The victories as the state of Victoria went into a five-day lockdown after up to 13 positive COVID-19 cases at an airport hotel housing arriving travellers to Melbourne.

Thiem finished before midnight while Djokovic-Fritz ran for another 45 minutes.

“It was an epic match,” Thiem said of his duel with Kyrgios. “Huge effort from both players actually.

“Honestly I was already almost on my way home when I faced two break points in the beginning of the third set (after losing the first two sets.).

“One of the tougher challenges out there in tennis is to face Nick when he’s on fire on his favorite court with an unbelievable atmosphere and crowd behind him.

“I’m super proud how I got through it, I definitely have a big boost for everything that’s coming.”

Thiem plays Grigor Dimitrov while Djokovic will have his hands full with the huge serve of Canadian Milos Raonoic.

Alexander Zverev extended his win streak against lefties to eight matches as the German sixth seed beat Adrian Mannarino for the fourth time in six months..

The run of form extends back to the 2020 ATP Cup last January, when he lost to Denis Shapovalov. Zverev has travelled through the draw without drama so far,  losing just one set.

“It was a good match, I tried to play extremely aggressive, tried to use my chances,” the winner said.

“I’m happy with the win. The last few times I played Adrian it was always a very long, very tough match.

“I’m happy to kind of get the straight-set win today.”

“He was playing better than me, doing everything really well. I was not really comfortable and he deserved to win.”

“I have to be happy to be into the fourth round, have an opportunity to get into the later stages,” Raonic said.

“It’s going to get harder and harder from here on out. I’m going to have to try to find a way to be better and better.”