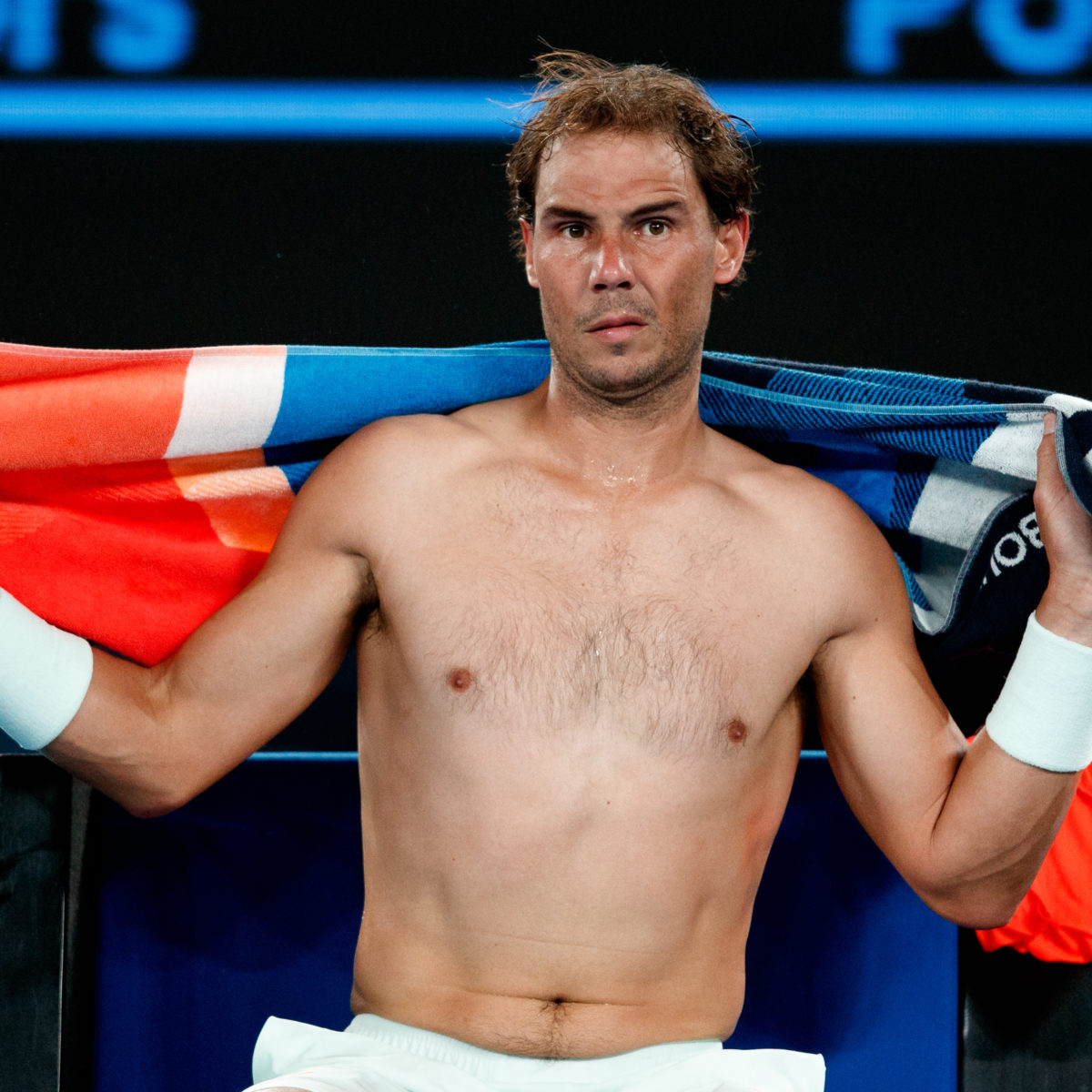 The back niggle fears of Rafael Nadal became a distant memory on Thursday as the second seed moved into the Australian Open third round with minimal resistance from a 177th-ranked qualifier.

American Michael Mmoh had nothing to match the power of the world No. 2 who had complained of a tight back in recent days and had to skip last week’s ATP Cup.

But Nadal rediscovered the dangerous form which has led him to a title and four additional finals at Melbourne Park, sending Mmoh off 6-1, 6-4, 6-2 in less than two hours.

“Tonight was positive for me,” Nadal said. “I’s great news for everything that is coming in the next rounds

‘My job is to focus and be ready for the next match.”

Adelaide’s 267th-ranked Kokkinakis was just two days removed from his first Open victory in six years after a long run of injury and bad luck.

The match with 2019 semi-finalist Tsitsipas stirred the passions of local fans after Kokkinakis kept the dream alive by winning the fourth set in a tiebreaker.

But the European seed eventually prevailed thanks to a break in the fifth game of the final set.

Tsitsipas managed 17 aces to the 23 of Kokk; but the Greek seed saved all three break points he faced while breaking his Aussie opponent five times.

“Great match, towards the very end, I fought like a lion. like a real warrior out there,” Tsitsipas said. “It was an amazing ending with lots of emotion and great spirits.

“I’m just happy I found different ways, my fighting spirit was there.

“He was able to concentrate and serve big on the crucial, important moments – which was very frustrating, I won’t lie.”

De Minaur was especially pleased to be competing well after being forced by injury to pull out prior to last January’s edition.

“Damn, it feels good to be back in Australia,” he said.

“It was a pretty horrible moment and not ideal to have to pull out of my home Slam. I was really looking forward to it.

“I just switched off social media and didn’t watch the tournament, Now I’ve got the fuel to drive the energy. I’;m just soaking this all in.”

In a later explanation, Caruso had been angered after Fognini said his compatriot was “lucky” at various points in the tight match.

Fognini was having nothing to do with the post-incident analysis, saying only that it all kicked off in the heat of battle between friends..

Spanish veteran Feliciano Lopez handed Italy a loss with his defeat of Lorenzo Sonego 5-7, 3-6, 6-3, 7-5, 6-4 becoming the oldest player to have won a slam match from 2 sets down since Ken Rosewall in his Wimbledon 1974 semifinal over Stan Smith

The 39-year-old Lopez is competing in his 75th Grand Slam and has played uninterruptedly at the major since Roland Garros in 2002.

Norway’s Casper Rudd moved into the third round at a major for the fourth time in his career through a defeat of American Tommy Paul 3-6, 6-2, 6-4, 7-5.