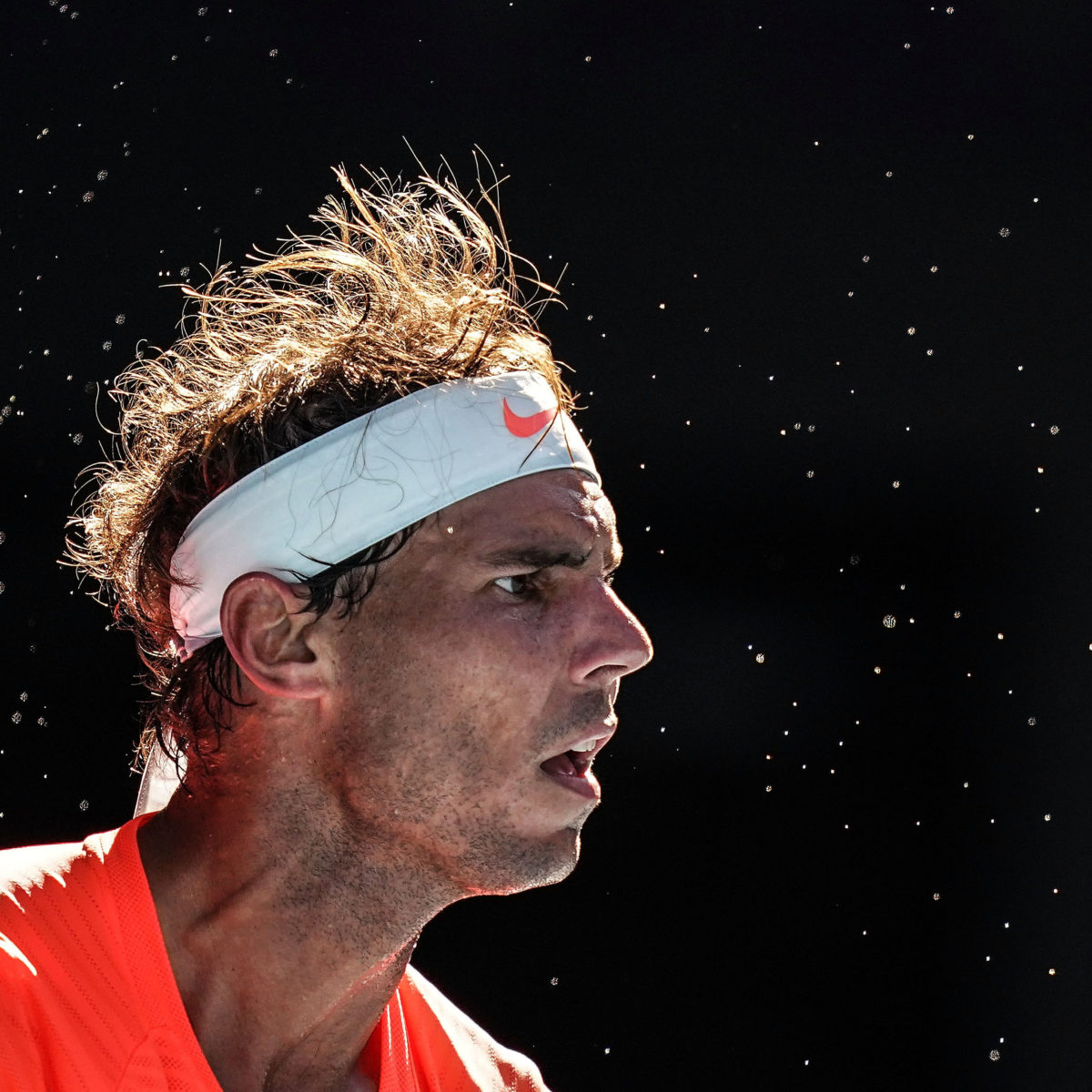 Rafael Nadal put his back injury fears behind him, ripping past Serb Laslo Djere 6-3, 6-4, 6-1 on Tuesday for a solid winning start at the Australian Open.

The world No. 2 and title heavy sparked alarm in the run-up to the delayed Grand Slam after confessing that his training had gone only so-so due to the back problems.

The 34-year-old was playing his first competitive match in three months after skipping last week’s ATP Cup in Melbourne.

“My back is not perfect, but every day that I’m able to go through, probably there are more chances to get better,” he said after victory in less than two hours.

“Today it was not great. I needed to change a little bit the motion of my serve, try to survive.

“I need to go day-to-day and just try to stay positive. I’m doing all things possible to be ready to  compete.”

The 20-time Grand Slam winner was joined in the second round by the Top 10 Russian pair of Daniil Medvedev and Andrey Rublev, who were untroubled in straight-set sweeps 48 hours after winning the ATP Cup here.

Fourth seed Medvedev took full advantage as Canadian Vasek Pospisil pulled up with a back injury which had prevented serious training, with the Russian prevailing 6-2, 6-2, 6-4 for a 15th match win in a row.

“I know that I can do well, but a Grand Slam is not an easy thing.”

And as for 15 wins on the trot: ” I actually don’t know about all the tennis records. I know that Novak and Rafa Roger probably have about 40,

“Andy Murray had a lot, so I’m wondering: are there a lot of players

Rublev, winner of five ATP titles in 2020, said he had to fight off opening-match jitters.

“I was a bit nervous because it’s the first Grand Slam match of the year, so I started a bit tight.

But I came back really fast; at the end I was controlling the match, so I’m really happy that I could finish in straight sets.”

The fifth-seeded Tsitsipas needed 93 minutes to get the job done in a lat-enight meeting in Melbourne.

The Greek broke seven times while never facing a break point against his own serve.

“I had a great start,” the two-time Grand Slam semi-finalist winner said. “My concentration was there from early on and I sustained that level of focus.

“My forehand was working well, I could hit  hard and between the lines.

“It helps having victories like this in my pocket.”

“I was near the brink of losing. Coming from match points really gives you confidence for the upcoming rounds,” the 21-year-old winner said.

“The way I played was really pleasing to me. All the preseason work that I did physically and on my game, it all paid off today.”

Countryman Alex De Minaur put another home hope into the second round with his 7-5, 6-1, 6-1 hammering of Tennys Sandgren.

The American was quick to complain about conditions after undergoing a “hard” pre-event quarantine due to arriving on a flight containing a positive COVID-19 test.

De Minaur, based in Spain, was able to train for a few hours per day during his own 14-day isolation period.

“Look, he got unfortunate with the flight he was on coming into Australia. He had to do the hard quarantine.

“But I had a match to play. I’m happy I did everything on my end as well as I could – that was the main thing.”

Serial injury victim Thanasi Kokkinakis played his first Grand Slam match since the 2019 US open after missing the entire 2020 season, with the No. 267 Australian beating 97th-ranked Kwon Soonwoo of Korea 6-4, 6-4, 6-1.