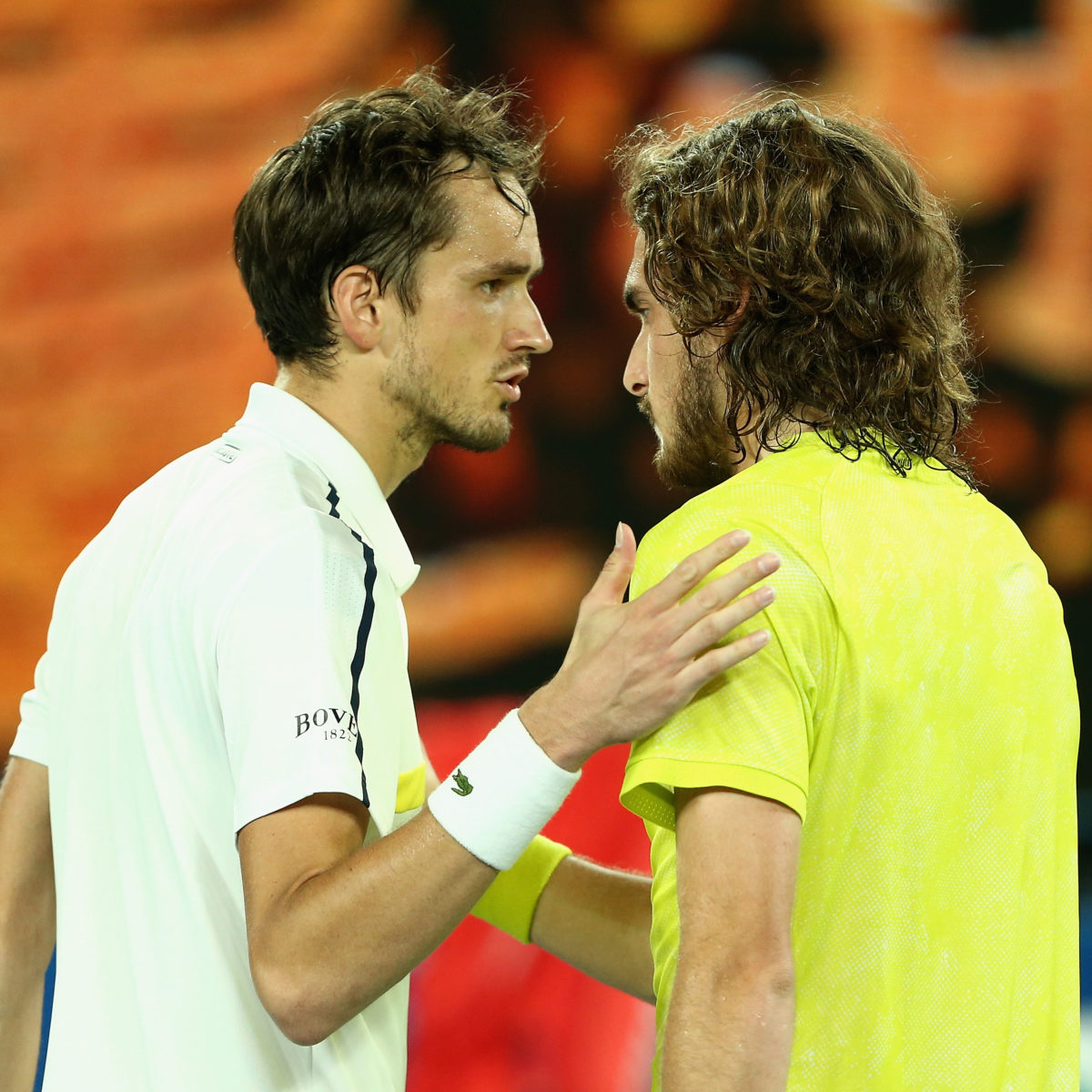 Daniil Mevedev overcame his Australian Open fear factor on Friday with a 6-4, 6-3, 7-5 defeat of Stefanos Tsitsipas to set up a no-pressure duel for the title against Novak Djokovic.

“It was not easy, this match was rough,” the fourth-seeded Russian winner said after dominating Tsitsipas after the Greek had come from two sets to love down in the previous round over Rafael Nadal.

“I got a little scared and tight in the third set  (when he lost his only serve of the match.

“My strategy was to try and hit aces and winners and fight in the tight moments. Aces and winners – that was the only way to do it., that’s how I stayed in the match.”

The Russian might have been exaggerating a bit as he  was barely threatened by a tiring opponent who spent four hours on Wednesday in beating Nadal.

Medvedev notched his 12th win in a row over a Top 10 opponent as he beat the fifth-seeded Tsitsipas, whom he now leads 6-1.

“Stefanos had a long match against Rafa, I could see at times that he was tired, especially when I moved him around the court.”

Medvedev has not lost a match since Vienna in October, a run of 20 matches and title at Paris Bercy, the London ATP Finals and season’s ATP Cup in Melbourne.

“I’ve just been working hard on my game,” he said. “I’m happy with this moment, I hope it will stay with me, it feels like a great achievement.

“I’ve managed to turn on my game and hopefully I can keep it going.”