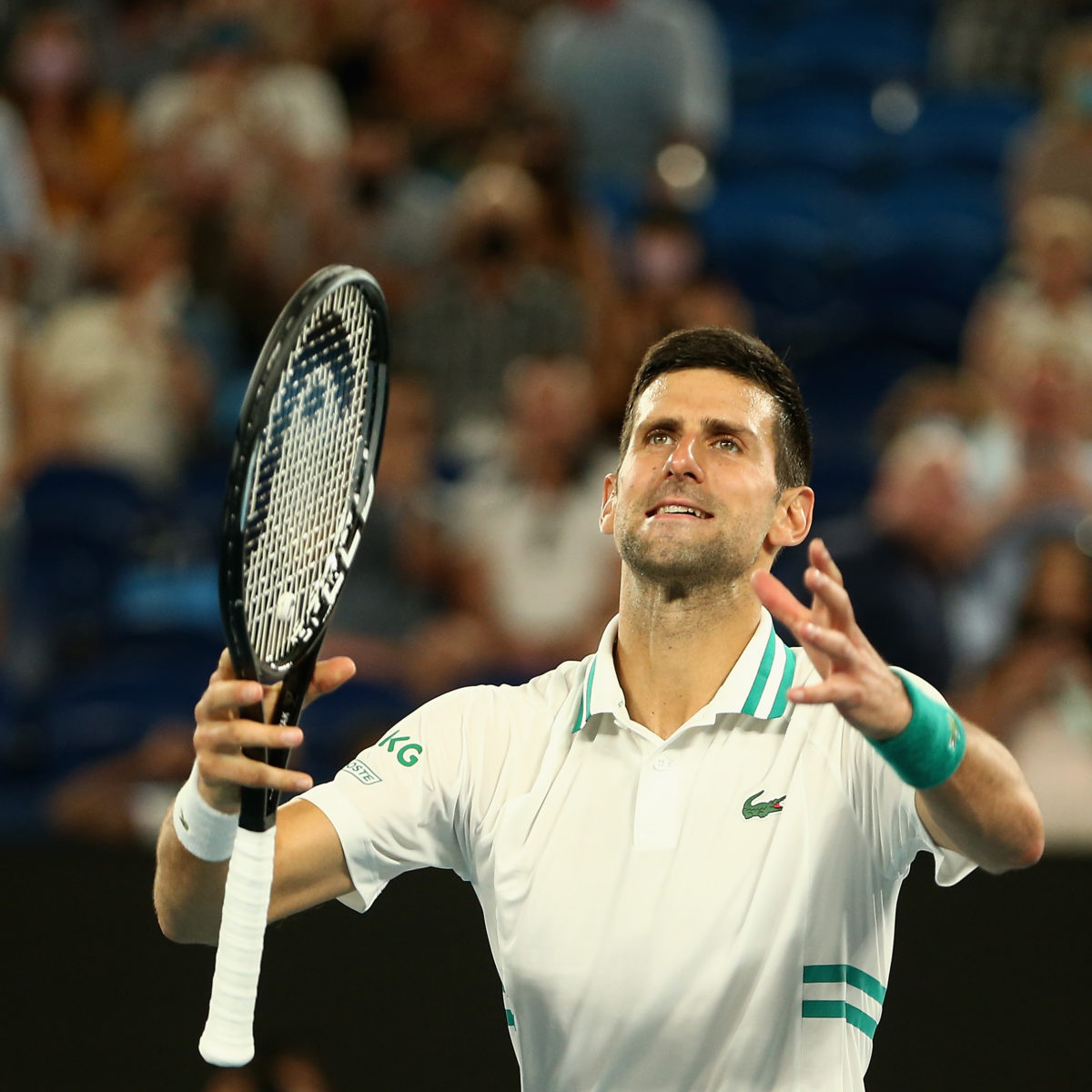 Novak Djokovic knocked back an historic challenge from No. 114 qualifier Asian Karatsev on Thursday, defeating the Russian 6-3, 6-4, 6-2 to earn a spot in his ninth Australian Open final.

The player who had lamented six days ago that an “abdominal tear” might prevent him from playing on in the tournament he has won eight times, suddenly sprung back to full flower two days later,winning two more matches to get this far.

The ATP No. 1 now has two days to rest and heal whatever his injury was before taking on the winner from fifth seed Stefanos Tsitsipas and on-form Russian fourth seed Daniil Medvedev.

“I need to give Aslan huge congrats,” Djokovic said after a victory in less than two hours sealed with a 17th ace.

“He’s done something a qualifier (at a Grand Slam) has never done in the history of tennis.”

As for his own fitness?

“I felt great, I could swing through the ball with no pain – it was my best match of the tournament so far,” the 33-year-old said. “I’m thrilled.”

Djokovic said he is unlikely to train on Friday but could have a hit on Saturday, one day before the final in Melbourne.

“Recovery is the priority right now, I was feeling the ball well, I’ve had enough match play, so I just want to be ready for the final.

“I want to gather energy for the most important match.”

Djokovic was forced to hold off an inspired opponent while leading a set and 5-2.

Karatsev fought back from the deficit and saved two set points before folding to trail two sets to love; Djokovic finished off the third set to advance.