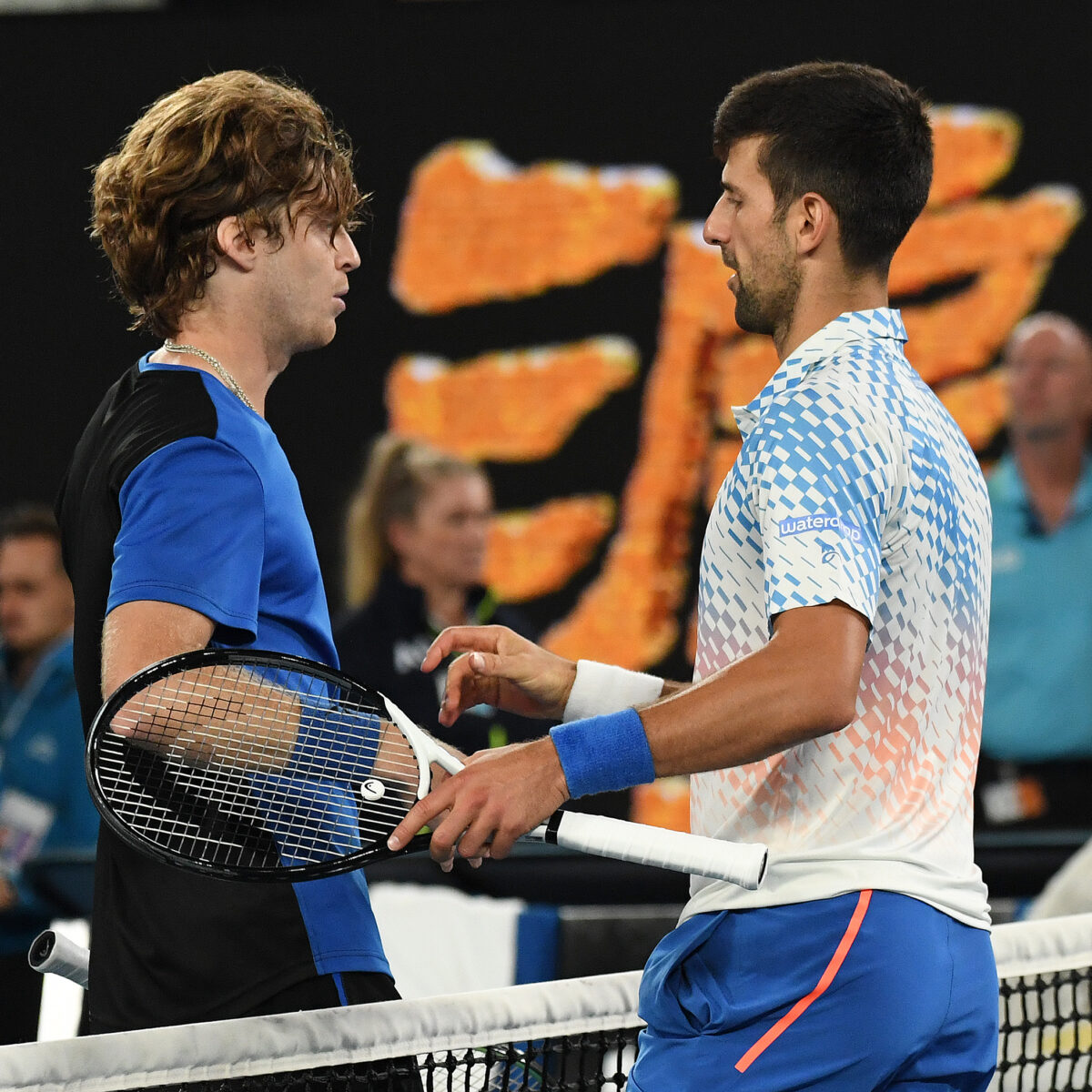 Novak Djokovic took barely any notice of the hamstring injury that has bothered him for weeks, with the Serb stepping closer to his dream of a 10th title at the Australian Open on Wednesday.

The 35-year-old choked off another challenge from Andrey Rublev, dispatching his opponent 6-1, 6-2, 6-4 in barely two hours.

“I could not be happier with my tennis,” the winner said. “I love these conditions and this court; it;s special for me.”

Djokovc said he and Rublev had to deal with a wind which swirled on the Laver show court with the great man in “his” house for the match.

“The scoreline of the first two sets does not speak to the truth of the match,” he said.

“We had some really close games. Andrey is a great player and has one of the biggest forehands.

“But in all the important shots and in the most important moments I found my best tennis.”

Djokovci said that he and his team have been replying on intense rehab and treatment to deal with his left hamstring issue.

“I’ve been connected to machines more than anything else,” he said. “I’ve tried every bio-feedback machine on this planet.

“But it worked: we got my leg ready. The most important thing is to get ready for the next challnge.”

Djokovic reached his 10th Melbourne semi as he handed Rublev a seventh defeat in a Grand Slam quarter-final; he will play his 44th semi-final at a major.

Djokovic last lost at this stage here in 2014 against Stan Wawrinka; the Serb improved to 44-10 in Grand Slam quarter-finals.

Djokovic will bid for another final as he faces Tommy Paul in the semi-finals after the American dispatched compatriot Ben Shelton 7-6(6), 6-3, 5-7, 6-4.

“I’m I’m really excited. It wasn’t the prettiest match ever today, but it was how I needed to play,” Paul said.

“He’s a great server. I had to just put in as many returns as I could. But I’m really excited, man. It’s really cool.

“To play Novak here in Australia will be awesome.”

Paul’s win make him the first American in the Melbourne semis since Andy Roddick in 2009.

“It’s kind of engraved in my head, we all want to perform. I think we all want it pretty bad for ourselves, but we want it for US tennis, too.”