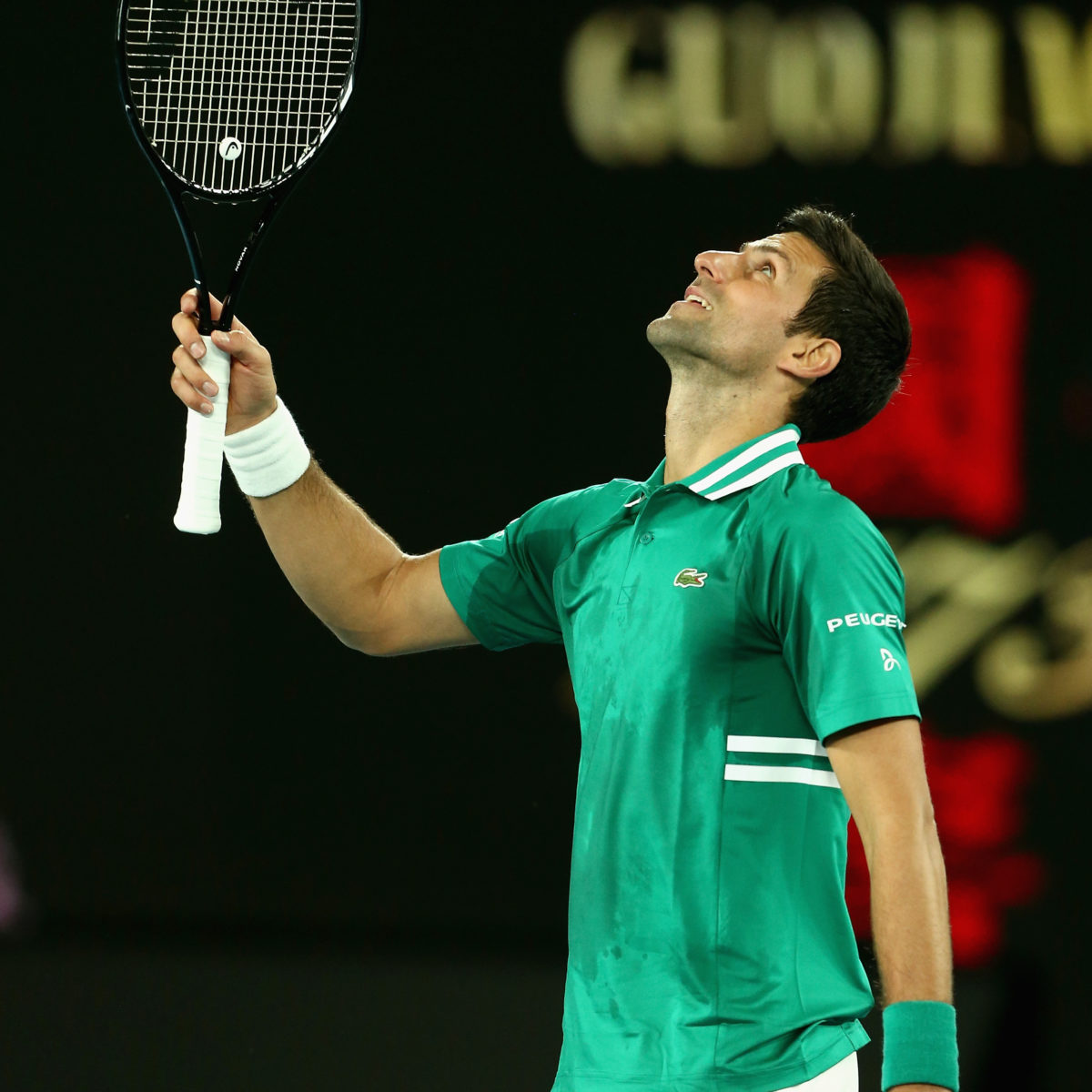 Top seed Novak Djokovic began the Australian Open with a no-nonsense 6-3, 6-1, 6-2 defeat of Jeremy Chardy on Monday as the Serb’s quest for a ninth title here lifted off smoothly.

The world No. 1 who is defending the 2020 honours is into the Melbourne second round for the 15th straight year.

Djokovic needed just over 90 minutes to run his career record in the series to 14-0 breaking six times while never facing a break point against his own serve.

Dominic Thiem felt a small psychological boost from a limited number of supporters looking on as the third seed defeated Mikhail Kukushkin 7-6(2), 6-2, 6-3 to kick off in winning style.

The reigning US Open champion said that even the sparsely populated stadium at Melbourne Park due to COVID-19 precautions was an improvement on his own Grand Slam success last September, when he had to draw inspiration from digital crowd noise generated by a computer.

“It was a nice atmosphere today, but of course you cannot compare it to the last years here in Australia,” the Austrian said.

“The courts are not allowed to be full, so it’s obviously different.

“But it’s also way better than New York, where there were no people at all, it’s a . step in the right direction.

“If there are people watching you, you want to do even better. Here in Australia it’s something in between.

“The stadium is far from packed but still people, so it’s nice. You also want to play well for them.”

Alexander Zverev exploded in anger during a tense 6-7(8), 7-6(5), 6-3, 6-2 win over American Marcos Giron, with the German seventh seed destroying a racquet on the way into the second round.

“All  in all, he played well,” Zverev said. “For me, the longer the match went, the better I started playing.”

The pair had been paired as pre-Open quarantine practice partners for two weeks and knew each other’s games inside-out.

“You spend two weeks with one guy and there’s 127 other players, so yeah, to play him it was kind of ridiculous, but that’s what it is; nothing we can do about it,” Ruusuvuori said.,’ .

Frenchman Monfils had not lost in the first round here in 15 years’ he has now dropped six straight matches since going out to Djokovic in the Dubai final a year ago.

The colourful shotmaker was not helped by his 13 aces against the Finnish youngster who reached the semi-finals in Kazakhstan last autumn.

“I would like to get out of this (losing) nightmare – but I can’t,” Monfils said.

“He was just playing his game and it was enough to beat me today.”

“I was playing aggressive, feeling better than last week,” the 17th-seeded Swiss who dealt with a case of COVID over the holidays said.. “I’m improving and happy to get through to the second round.”

“I played very,very bad in the first set,” Tomic said. “I was a little bit nervous.

“It was windy, it was cold. The second and third were some of the best tennis I have played in a while.

“Am I overly excited? Probably not. It’s good to be back I guess at this level.

I played some solid tennis in qualies, I’m happy to be here.”

The fifth-seeded Tsitsipas needed 93 minutes to get the job done in a late-night meeting in Melbourne.

The Greek broke seven times while never facing a break point against his own serve.

“I had a great start,” the two-time Grand Slam semi-finalist winner said. “My concentration was there from early on and I sustained that level of focus.

“My forehand was working well, I could hit  hard and between the lines.

“It helps having victories like this in my pocket.”