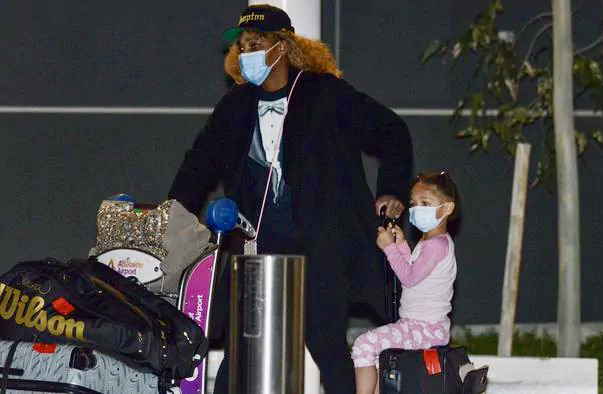 As players began arriving in Melbourne, Joyce said his airline had been forced to cancel nearly 3000 internal flights into Melbourne because of the COVID-19 pandemic but then questioned why over 1000 people from “countries where the virus is raging” were allowed in.

Australia currently has just 323 cases of the virus an d only seven new cases this week.

Tennis Australia has chartered 15 flights to bring players from the first ATP Tour stops in Antalya and Delray Beach (Miami), as well as from travel hubs including Dubai and Los Angeles.

Others will will travel from Doha, where the Australian Open men’s qualifying event took place and from Dubai, where the WTA women’s even took place.

“For Daniel Andrews to prioritise bringing tennis players from Covid hotspot countries to Australia, rather than bringing home Victorians who are stuck interstate – it’s worse than a double fault, it’s a double standard,” he said.

But health experts told the Guardian the protocols were safe and gave a thumbs up to the process.

“You can never get the risk down to nothing,” La Trobe University epidemiologist Hassan Vally said.

“There’s always going to be a little bit of risk in holding an event like this, but you can only judge the Victorian government on its history and they have been, some would say, over the top in their cautious approach so far and there’s no way they’ve suddenly changed that.”