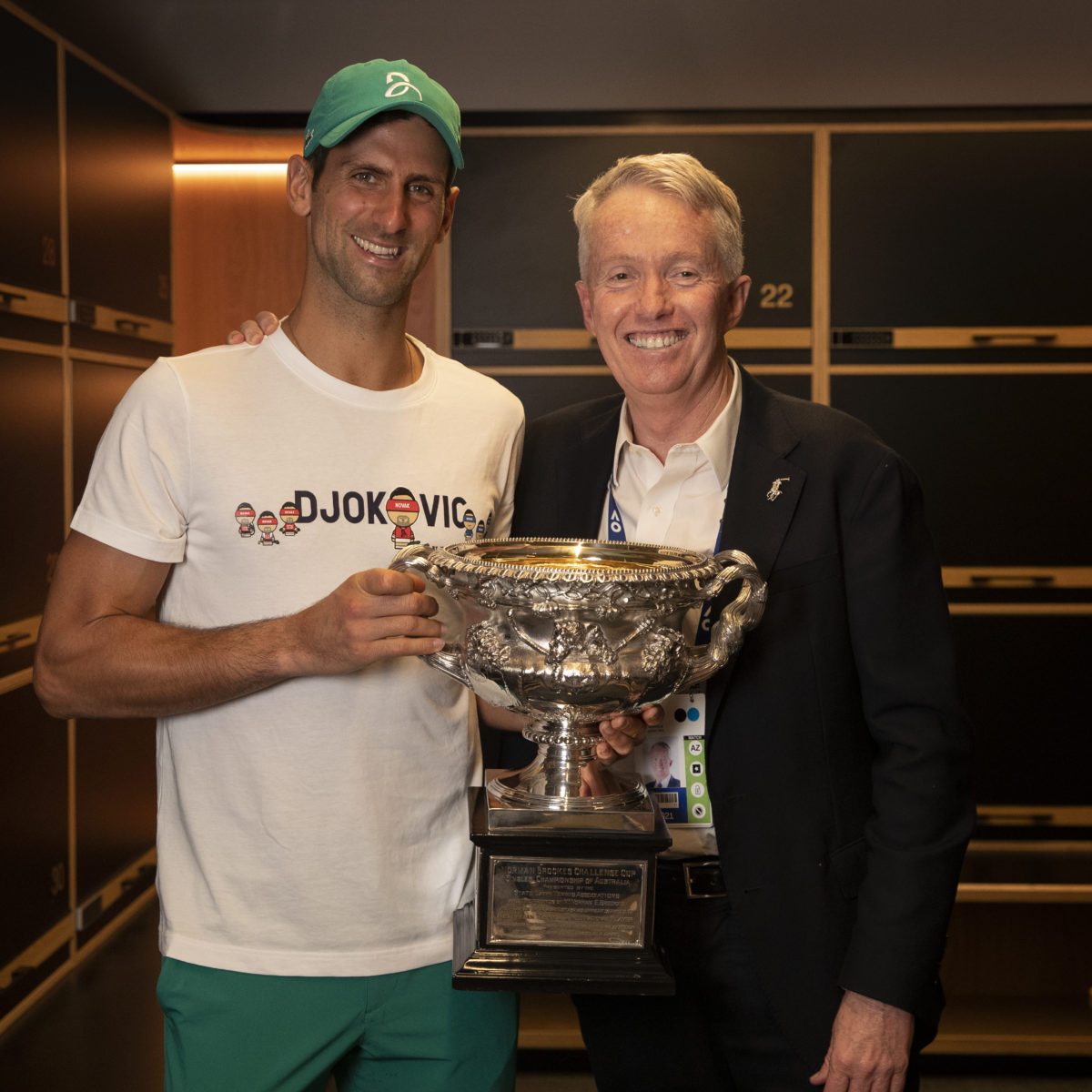 Possible threats of a last-minute government COVID-19 shutdown of the Australian Open kept tournament boss Craig Tiley on edge throughout the fortnight.

The South African revealed his insecurities to Australia’s AAP, adding that getting the virus edition of the Grand Slam completed on Sunday with a ninth title for Novak Djokovic turned into a Herculean effort.

“Tiley conceded there were “absolutely many times” he expected Victorian Premier Dan Andrews to call off the Open,” the agency reported. “I always waited for that text.”

The powerful administrator worried that setbacks including a five-day shutdown from the first Friday of the fortnight due to 13 positive virus cases in a city quarantine hotel  – none affiliated with the tennis – and the many government bureaucratic hoops needed to get the event off and running amid the pandemic took a huge toll.

“If there was a positive case inside our environment that took out a hundred players, then it was off,” he said. “That’s why we were walking on thin ice the whole time.

“When a hotel worker tested positive (on the Thursday before the Open start) and we had to shut the place down for a day and test everyone – a low point.

But getting the event done and dusted is expected to show the way for other sporting events in the current COVID environment.

“The investment that we made and the support we got from the government will be paid back a thousand times over because we’ve sent a global message,” Tiley told AAP.

“All eyes have been on Melbourne and they’ve seen this achievement.