Another week, another Kyrgios meltdown

YEP, another tournament and another Nick Kyrgios meltdown.

What else is new in the world of tennis this week?

The bad boy of tennis just can’t stop himself as he added to his showreel of misdemeanours by smashing his racket up in another petulant strop and refusing to shake the hand of the chair umpire Fergus Murphy in Washington. 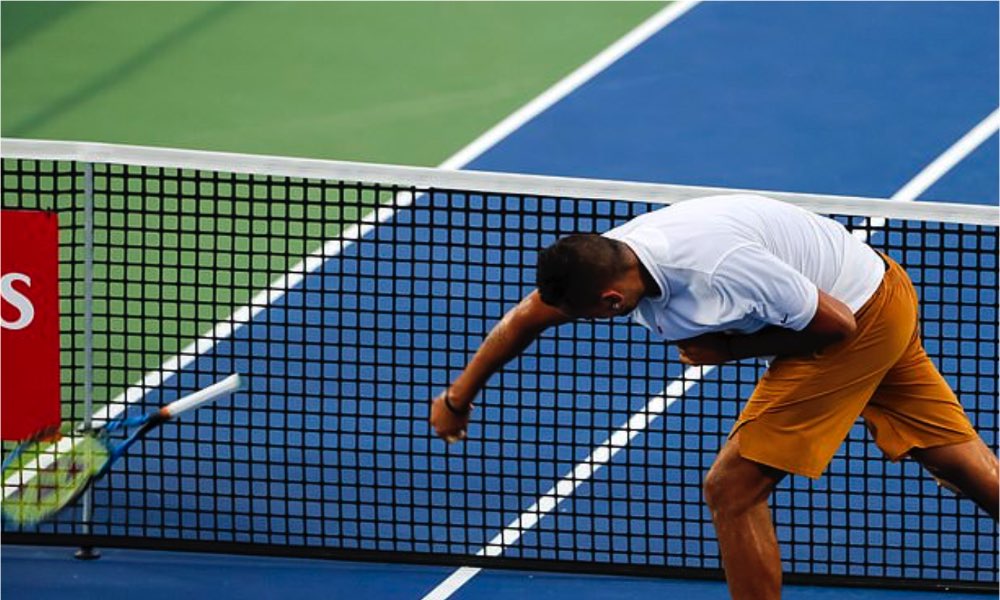 Americans love to use the phrase ‘rap sheet’ and Kyrgios’ is growing by the tournament, comfortably beating anyone else on the men’s tour.

In Washington last Wednesday, the 24-year-old was at it again after a contentious line call.

He hurled his racket to the court, shattering the frame, collecting a point penalty from umpire Murphy.

Kyrgios then staged a back-and-forth argument with the umpire before refusing to shake hands at the end of his second round win.

Apparently, more people like to watch this than watch tennis! This bum puts bums on seats.

Kyrgios tried to defend his actions after the game.

“I haven’t been playing too much tennis, being going through some mental struggles, but super happy with the win.”

But, to atone for this behaviour, he went on to beat Yoshihito Nishioka in devising style, sending down 15 aces to win 6-2, 7-5.

Sadly, the tantrums returned as he threw a water bottle so hard the label stuck to the umpire’s chair!

But what again caught the eye of almost every fan and commentator wasn’t the tennis – some of it sublime – but the behaviour.

A littany of code violations, a war of words at one stage with the crowd and a bizarre rant at Adidas.

“Why should I try. If you’re not going to respect me, why should I try for you? It’s very simple,” he fumed a the crowd. And a time violation followed.

For the record, he is one the best servers on tour, has a terrific array of shots – including the underarm serve and the tweener – but his temperament and lack of maturity will be his undoing. 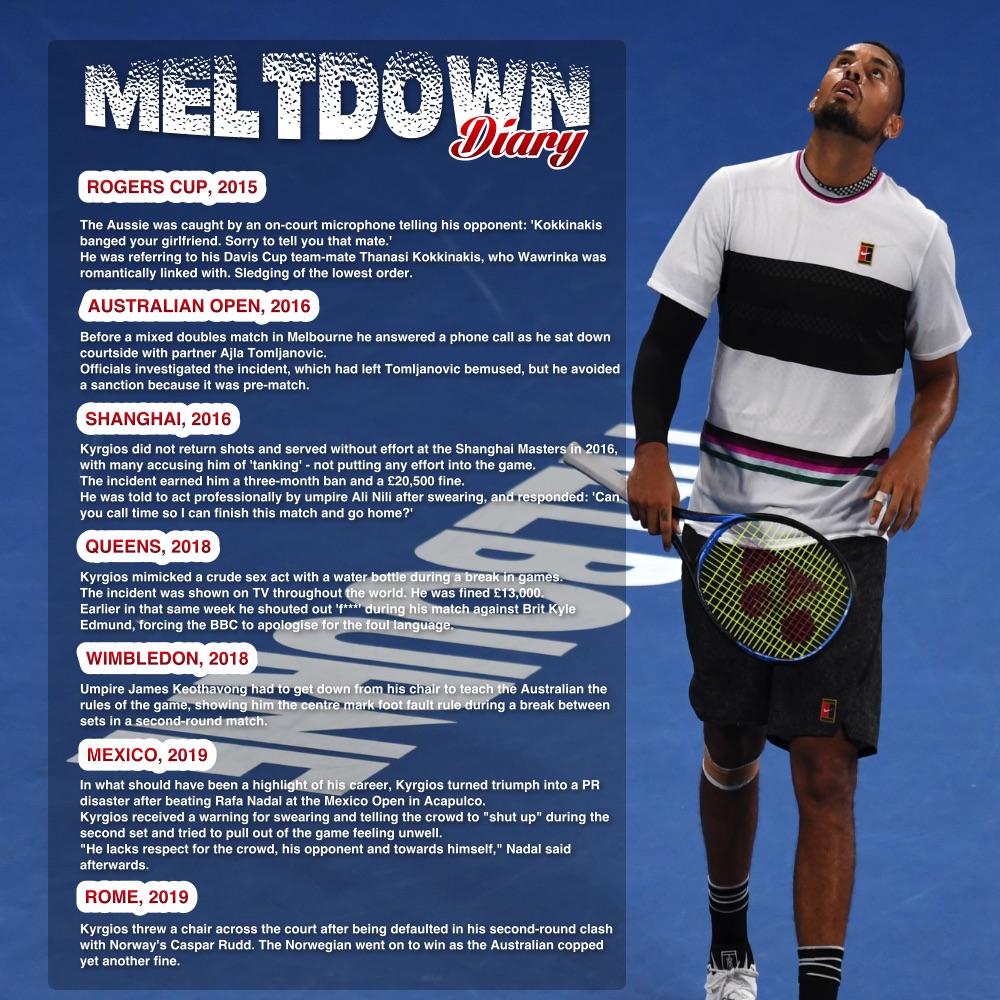 *Footnote – yet this kid can undoubtably  play tennis. See video below…

THINGS didn’t go as planned for 15-year-old Coco Gauff at the Citi Open, but a pair of 17-year-olds picked up the slack and showed why all is well with American women’s tennis.

Caty McNally and Hailey Baptiste each notched their first ever WTA win and reached the second round at Washington.  Baptiste, ranked 238, a local who grew up about five minutes from the tournament’s site, stunned No.2-seeded Madison Keys 7-6(4) 6-2.

“I’ve been coming to this tournament since I was five years old,” she said Baptiste. “I knew some of the people who used to work here, so they’d let me in the back gates.”

In her inscription to Gauff, Obama wrote, “I wish you courage, strength, joy and love on your journey to become more.” She later tweeted that Gauff was a “wonderful young woman who’s showing us that we don’t have to wait to see what the next generation can do.”

Gauff also posted about the meeting, writing that it left her “SPEECHLESS”.

AN Indian team will travel to Pakistan for the first time in 55 years to play in the Davis Cup.
“Yes, we will go. It is not a bilateral series, it’s a World Cup  of tennis, so we have to go,” AITA secretary-general Hironmoy Chatterjee said.

“There was no communication with the government as it’s a world event, we have to abide by the IOV charter.”

“The team of six players, support staff and coach will be going to Pakistan.”

Tensions between the two countries have long been at boiling point – the Indian cricket team last toured Pakistan ion 2007.

“It’s definitely a special place, I am impressed,”

The facility features more than 400 hectares and eight clay-courts.

Nadal senior also spoke about the Big Three dominance in men’s tennis: “They keep winning because the younger guys have not been good enough, but Federer, when he started playing, had already defeated 25 top ten players and I do not know how many Grand Slams semifinals he has reached.

“Younger guys have a lack of effort. You should change your life in many aspects. 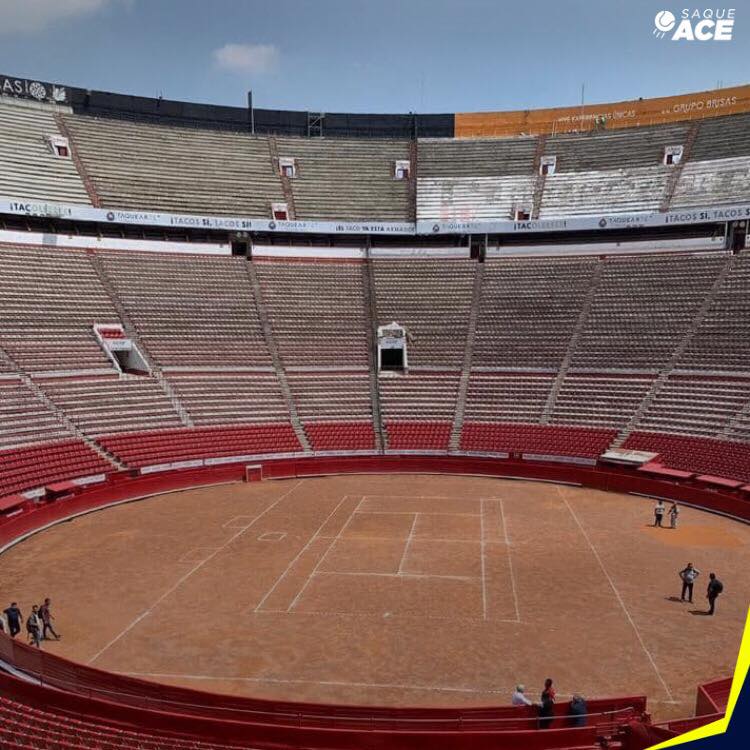 AND finally … Preparations are already under way for Roger Federer’s visit to Meciso City in November, where he will play in a … bull ring. Images emerged last week of the plaza de Toros being marked out for the event.