Another title for wheelchair champ Alcott 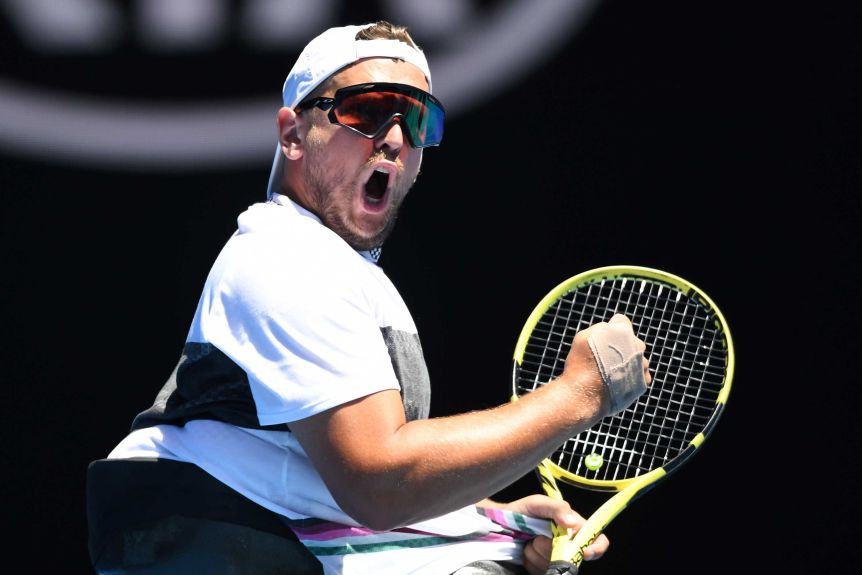 Australia’s Dylan Alcott has added another title to his collection after teaming up with Briton Andy Lapthorne to win the men’s quad wheelchair doubles final at the US Open.

Alcott has won 10 major singles titles and is pursuing a third US Open crown.

He faces Schroder in the singles final later today.

Alcott lost to Lapthorne in the singles final last year.

Alcott was critical of US Open organisers in June when they decided to cancel the wheelchair events.

“Just got announced that the US Open will go ahead WITHOUT wheelchair tennis … Players weren’t consulted,” Alcott posted on Twitter at the time.

“I thought I did enough to qualify — 2x champion, number 1 in the world. But unfortunately I missed the only thing that mattered, being able to walk. Disgusting discrimination.”