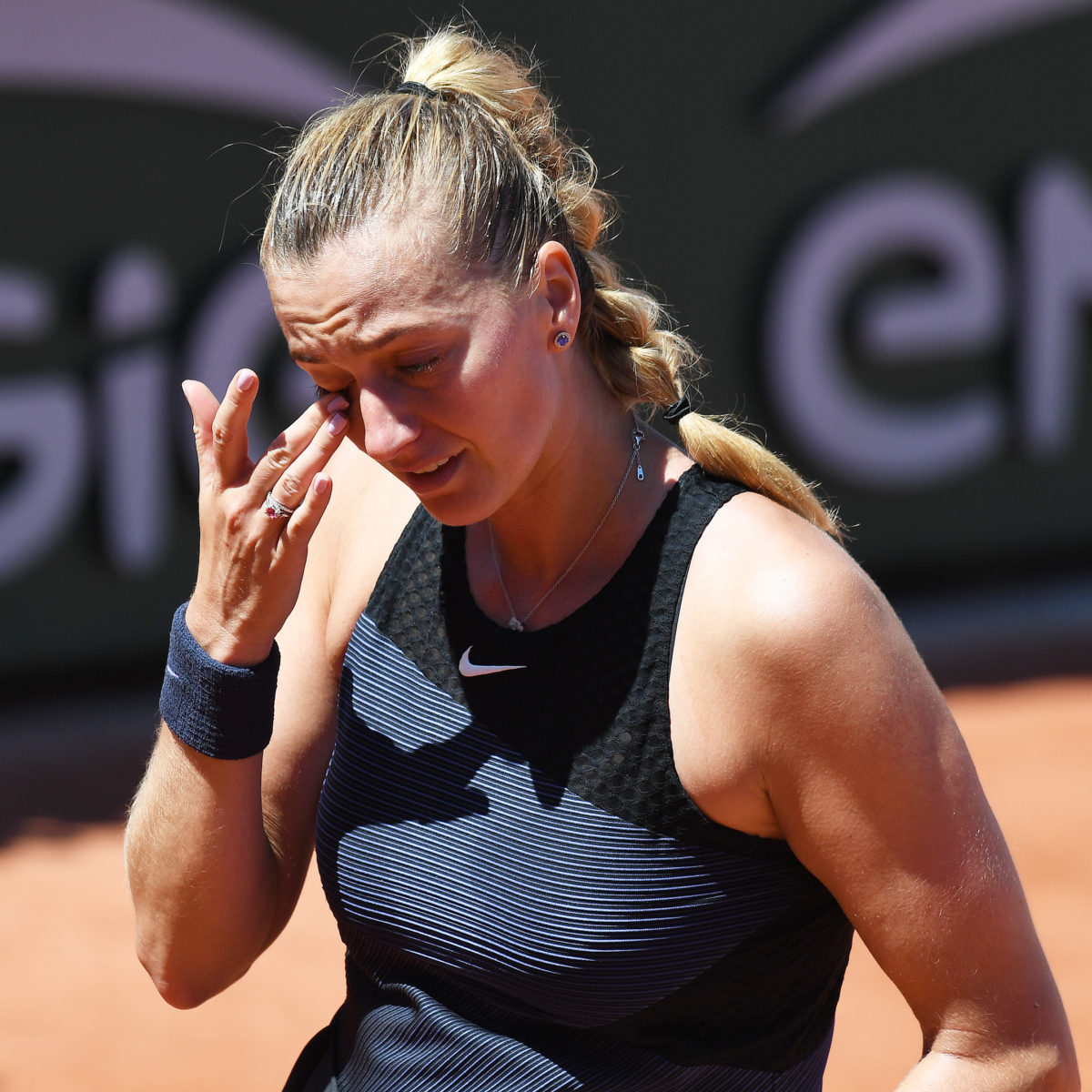 A freak ankle injury has ended Petra Kvitova’s French Open, with the two-time semi-finalist forced to scrap her second-round match with Elena Vesnina.

The double Wimbledon winner stepped awkwardly on the ankle shortly after her opening win on Sunday and was eventually forced to pull out of the major.

“It is with great disappointment that I announce my withdrawal from Roland Garros,” the 11th seed posted on Twitter.

“During my post-match press requirements on Sunday I fell and hurt my ankle. Unfortunately after an MRI and much discussion with my team, I have made the tough decision that I would be unwise to play on it.

“It’s incredibly bad luck, but I will stay strong and do my best to recover in time for the grass-court season.”