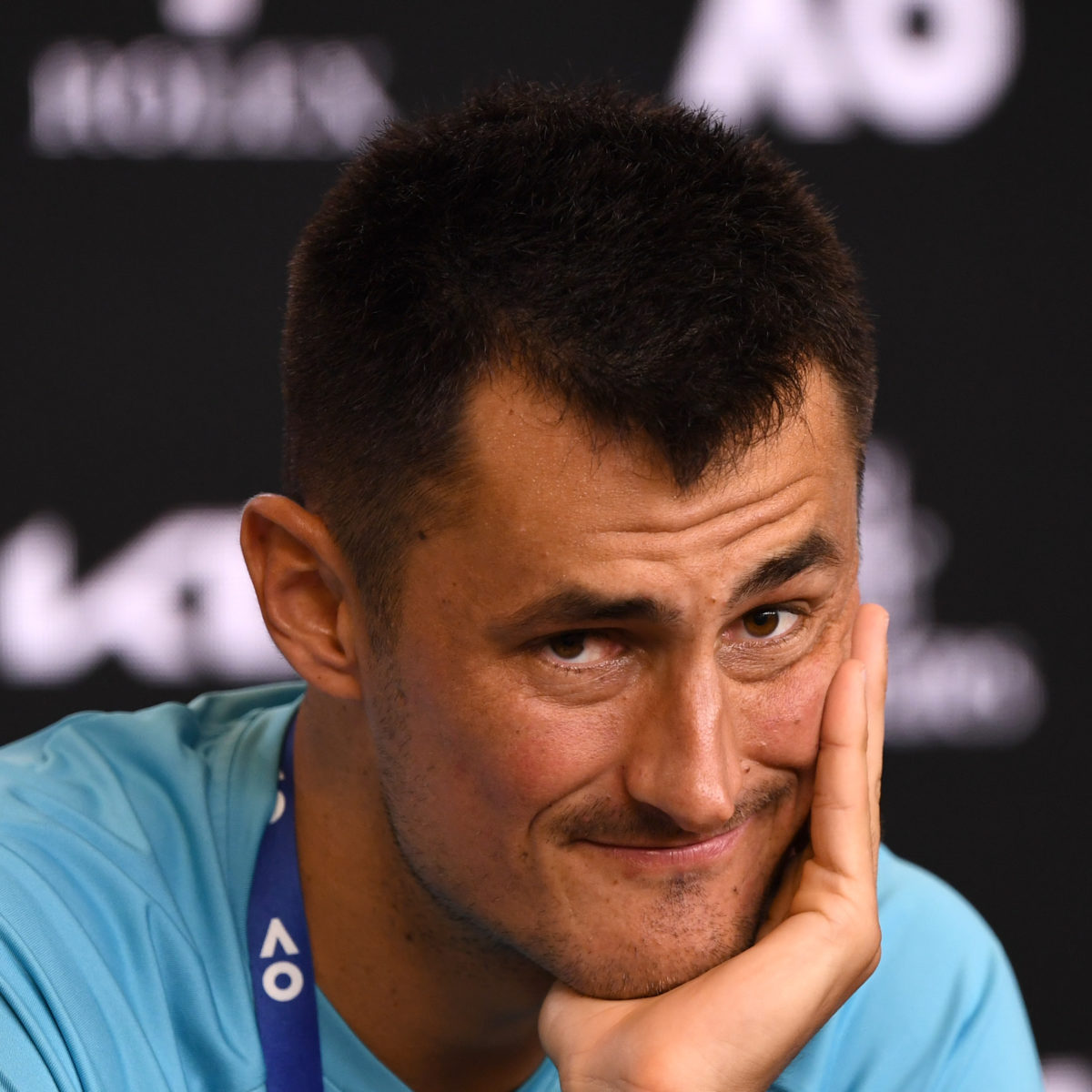 Australian loudmouth Bernard Tomic got into a verbal spat with TV commentator John Fitzgerald after his poor showing against Denis Shapovalov at Melbourne Park today.

Fitzgerald questioned whether the one-time world No.17 would be seen at the Australian Open again as timid gave up on court.

“This is getting a bit cringeworthy here,” Fitzgerald said.

“No one can tell me that he is trying here.

“I’m not sure we’ll see Bernard Tomic back at the Australian Open.”

A smiling Tomic was quick to retort when told of the latter remark in his post-match press conference.

“But he’s probably the worst commentator I’ve ever seen in my life as well.”