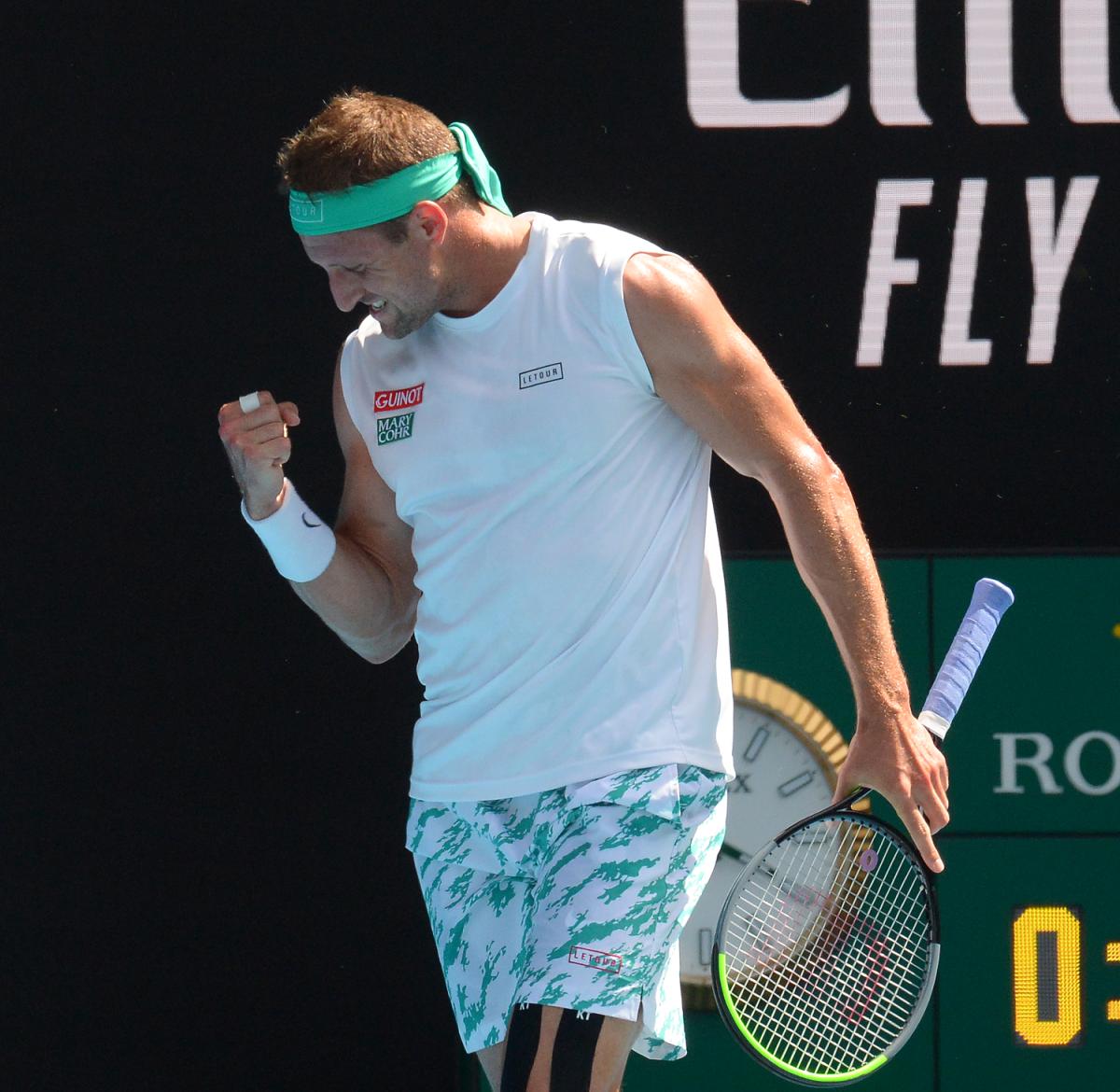 Tennys Sandgren had to battle to beat fellow Tennessee college teammate John-Patrick Smith in the first round of the Great Ocean Road Open today, eventually prevailing 6-3, 5-7, 6-4.

Sandgren had to overcome his own emotions as he screamed “I hate this sport” after losing a point in a second set blow-out when he was 5-4 in front.

In anger he threw away his racket, picking up a points violation in the process.

Sandgren saved 11 of the 15 break points he faced and won 71 per cent of his second-serve return points to advance after two hours and 15 minutes.

The American will next play Italian Salvatore Caruso.

And Uruguayan Pablo Cuevas moved into the second round with a 6-4, 6-2 victory against 14th seed Pablo Andujar.