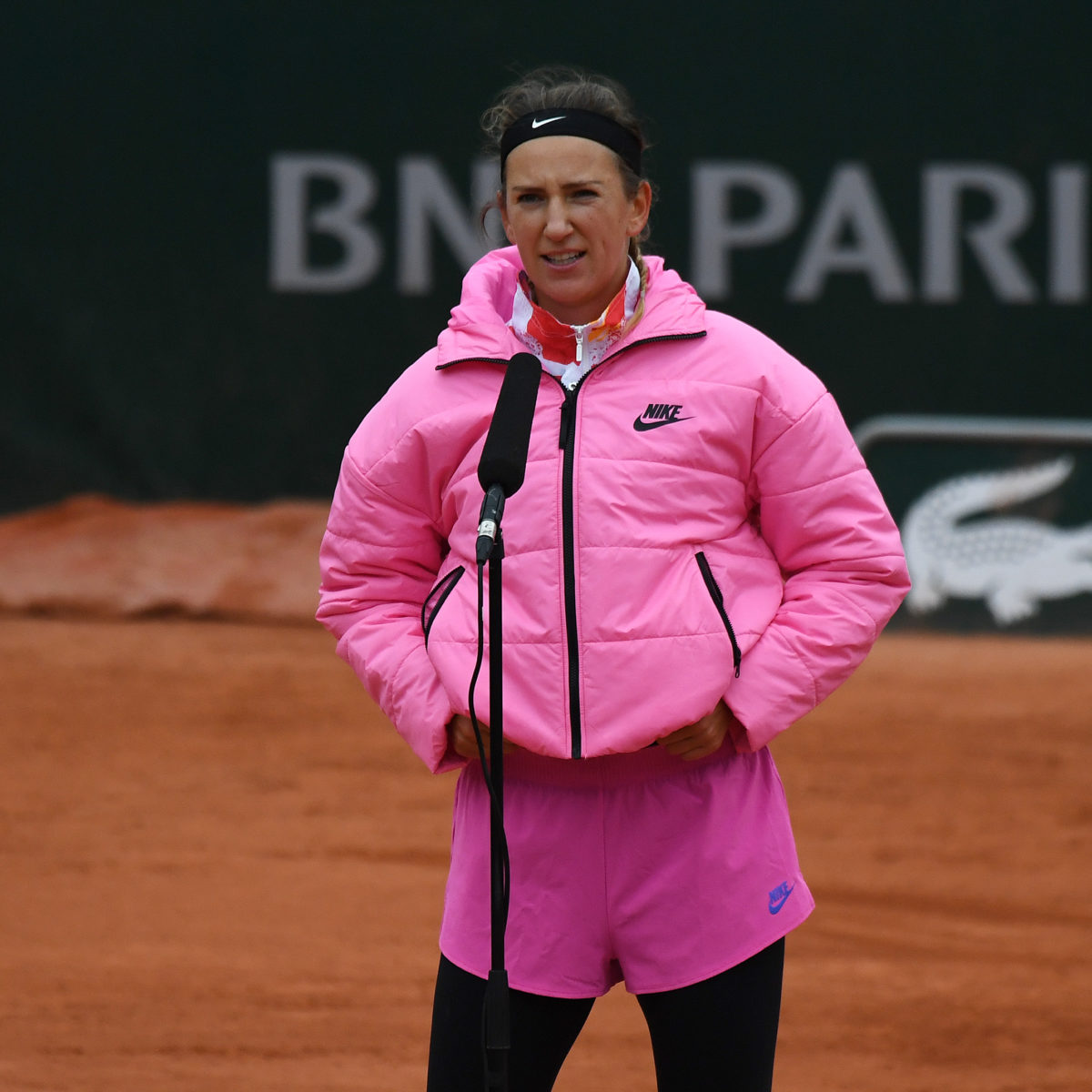 Former No. 1 Victoria Azarenka stormed off court in her opening match at the French Open on Sunday after just 11 minutes, complaining of dangerous and unplayable conditions.

The two-time Grand Slam winner was facing 73rd-ranked Danka Kovinic in the first round with Azarenka leading 2-1 on serve.

With temperatures hovering at around 12 Celsius and wind and rain about, tennis conditions were already stretched to the limits of playability..

The first changeover of the match sparked the crisis, as Azarenka donned a full pink puffer jacket,on top of the lighter jacket and leggings she was already playing in.

The 31-year-old Belarus player who spends most of her time in hot weather Florida and California protested that it was simply too cold to play, adding that sitting for 90 seconds on a bench in the chill every two games was an invitation to injury.

Instead of waiting for permission, she simply packed up her bag and walked off the Lenglen secondary showcourt court followed by her younger opponent.

Though neither had permission to leave, repercussions are unlikely to follow as organisers struggle to stage their clay major four months later due to the COVID-19 crisis which forced the unilateral move.

Temperatures are looking grim from day one onwards at the event, with rain and chill (below 20 Celsius) forecast for the next 15 days.

Complaints have already started about a switch from longtime ball supplier Babolat to what is a quite heavy Wison ball which easily picks up moisture and produces what many players say is massive arm strain.