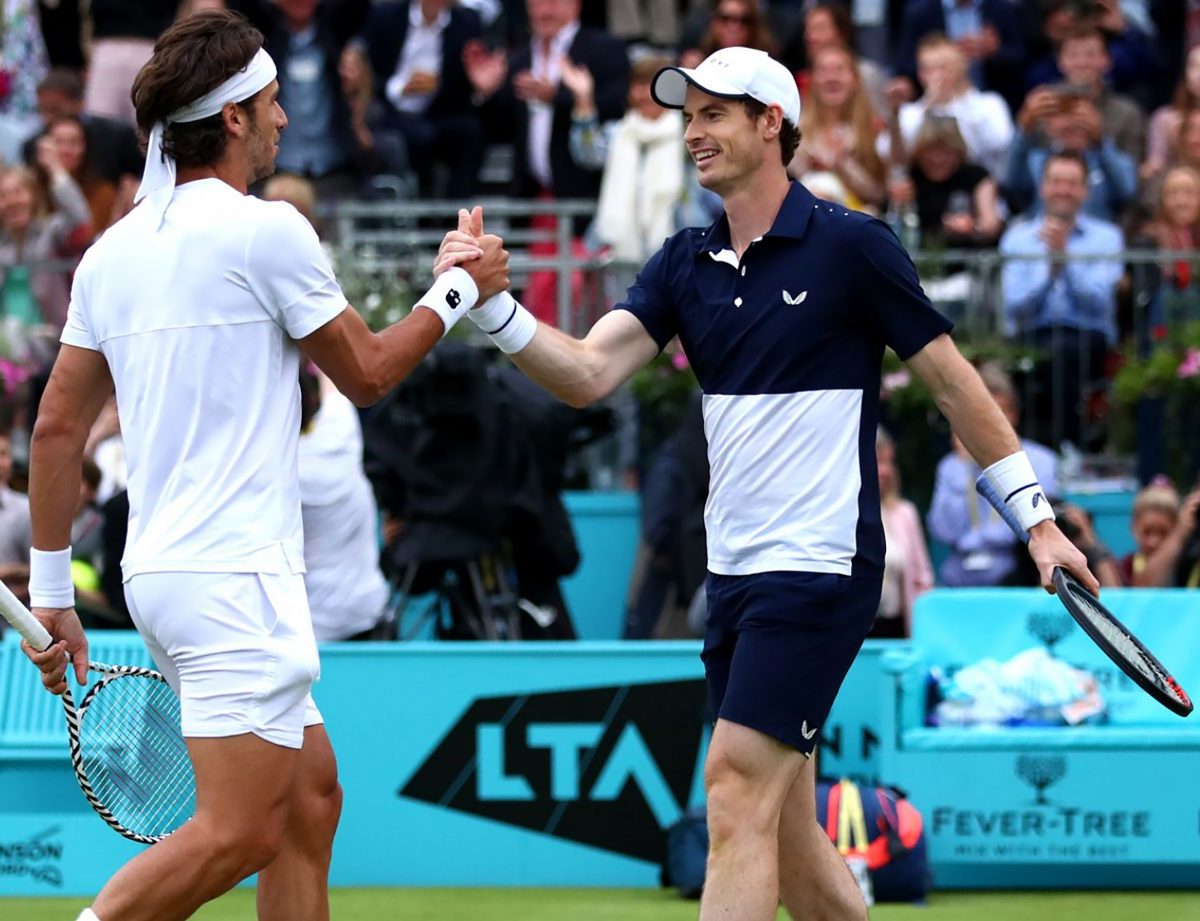 Andy Murray will roll the dice on his successful hip surgery recovery, revealing yesterday he will team with quadruple Grand Slam-winning Frenchman Pierre-Hugues Herbert at Wimbledon.

The former No. 1 made the announcement as he and Queen’s club tournament partner Feliciano Lopez knocked out Colombian top seeds Robert Farah and  Juan Sebastian Cabal 7-6(5), 6-3 in the first round.

Murray is testing the waters after undergoing a hip resurfacing in January and appears to be more than pleased with the medical results.

The 32-year-old is also due to play doubles next week on the grass of Eastbourne on the English south coast, playing with Brazilian Marcelo Melo.

He lost in five sets to Spain’s Roberto Bautista Agut and feared he might have to retire due to constant hip pain.

But his second surgery in a year appears to have solved that problem, with Murray now keen to return to the sport in any way possible after what he called “life-saving” surgery.

Murray and Lopez put on their winning display as light faded at Queen’s club on a sold-out Centre Court with his wife Kim on hand.

“It was brilliant, I enjoyed it a lot,” Murray told the BBC. “I was a bit slow at the beginning but got better as the match went along.

“I’m really fortunate to be playing tennis again. I absolutely love playing on this court (he won the singles title five times), it’s a brilliant place to play.

“I felt quite relaxed in the build-up, but we said as we were walking on to the court that we were starting to feel a bit nervous. But you need those butterflies.”

While he’s currently keen for doubles, the Scot has yet to make a decision if he can step back into the far more gruelling singles  competition.

French powerhouse Hugues has won a different Grand Slam doubles title over four of the past five years, all earned alongside longtime – but now ex- partner Nicolas Mahut.

Murray said that he is also looking to play mixed doubles at Wimbledon, which begins a week from Monday.

But so far, his search for a female partner has drawn a blank, due to the fact that most top women would not care to compete in three events at the same major after entries in singles and women’s doubles.