The French Open The US Open Top Story WTA 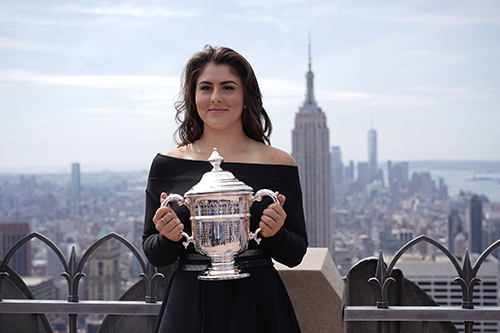 Bianca Andreescu will enter the grass season without her longtime coach after Tuesday announcing a split with mentor Sylvain Bruneau, head of the federation’s women’s tennis division.

As might be expected, the news came via social media, with Andreescu parting ways with the man who guided her to the 2019 US Open title.

The injury-prone player also reached fourth in the rankings from her start at 256 and claimed a 2019 title at Roland Garros before her surprise Grand Slam honour in New York six months later.

“It is with a heavy heart that I would like to inform my fans that my long-time coach, mentor and friend, Sylvain and I, have mutually decided to end our incredible coaching relationship,” Andreescu posted.

“Our friendship will live forever… It has been an amazing 4 years… I am very grateful for everything we accomplished together and for all our great memories. Sylvain was more than a coach … he is family.”

Bruenau said: “It has been an absolutely incredible journey to work with Bianca.

“As her coach, I experienced unbelievable moments and emotions and it is something that I will always cherish. Bianca is not only an exceptional athlete, but she’s also an exceptional person.”

Andreescu, 21 next month, has handed in a retirement (Miami final) and walkover (Strasbourg quarters) in the past three and a half months and lost in the French Open first round to current semi-finalist Tamara Zidansek.

The Canadian will head to Wimbledon with limited experience on grass after playing the major for the only time in her career four years ago.