Andre Agassi turned 50 years of age this week, and as part of our Love All tennis series during the covid-19 crisis, former London Times tennis correspondent Barry Flatman looks back at the career of a son of an immigrant Iranian boxer

Andre Agassi has not played competitive tennis on the ATP World Tour for approaching 14 years so it seems legitimate to question how exactly is he remembered? As a man whose pronouncements were designed to shock or sell product, as a rebel who shook tennis to the core and was initially bereft of respect for traditions of the sport, as a performer who lived up to his commercial assertion that ‘image was everything’, or a sublime tennis talent with special gifts that allowed him to play the sport so masterfully that few could match him.

Thinking back to that career that initially seemed so brim-full of rebellion with a juvenile refusal to comply to tradition and matured into respected veteran who did not retire until he was 36 years old, it is now somehow hard to comprehend that this week Agassi celebrated his 50th birthday.

Early in his career Agassi refused to compete at Wimbledon because of everything the All England Lawn Tennis and Croquet Club stood for. He also hit back angrily at International Tennis Federation president Philippe Chatrier who opinionated the attire Agassi wore on court to play his matches was too gaudy.  “Chatrier, he’s a bozo,” was the American’s retort.

Yet until the last decade, when the astonishing trio of Roger Federer, Rafael Nadal and Novak Djokovic began to demand annual rewrites of the tennis record books as a matter of routine, Agassi held a special place with very esteemed company in the sport’s glowing history.

Unlike the only other male players to have the gathered all four of the Grand Slam titles, Don Budge and Rod Laver, Agassi achieved the feat on three different playing surfaces; grass, clay and hard-court. Admittedly Agassi did not achieve the feat in the same calendar year, like the tall, lithe Californian Budge immediately before World War Two or the much shorter but undeniably power-packed Australian Laver in 1962 and again seven years later, following the advent of Open tennis.

But Agassi, who repeatedly showed that his pretentious and often gaudy image never really overshadowed an exquisite God-given talent, could also throw an Olympic gold medal into the mix, an honour that eluded his two illustrious and far more conservative predecessors.

The Las Vegan son of an Iranian-born boxer who emigrated to the United States in the early 1950’s certainly warrants a place in the sport’s Hall of Fame. He won 8 Grand Slam titles and 60 ATP World Tour titles (including 17 Masters 1000 titles). He spent 101 weeks as world no.1 in 6 different spells at the top; the first beginning April 1995, the last ending September 2003. When he finally retired three years later at the US Open, he had amassed $31,152,975 in prize money and easily doubled that total in endorsements and tournament guarantees.

Yet just over a decade ago in a wave of publicity generated by the publication of his skilfully ghost-written autobiography ‘Open’, Agassi added fuel to the fire. “I hate tennis,” he claimed. “Hate it with a dark and secret passion and always have.”

In a succession of interviews over the ensuing years, Agassi sought to legitimise his declaration that undeniably added to the sales of the book. Each time he came up with a slightly different, very cerebral explanation. Often he sounded like somebody in the psychiatrist office. Not quite Tony Saprano to Dr. Melfi it’s true but certainly like somebody who sought to lessen the blow of a statement he regretted.

Nevertheless, the sport chose to forgive and Agassi was inducted into the International Tennis Hall of Fame in Newport, Rhode Island in 2011. As he he stood at the podium, he maintained: “I fell in love with tennis far too late in my life. But the reason that I have everything that I hold dear is because of how much tennis has loved me back.”

“Tennis is a lonely sport, probably the most lonely. You’re out there with no team, no coach, and no place to hide. That’s why tennis players not only talk to themselves but answer. And yet all that loneliness eventually teaches you to stand alone.”

Compared to so many of his former champions, there has long been far more to Andre Agassi than simply playing tennis. He is happily married to one of the greatest female players ever to swing a racket in Steffi Graf (or Stefanie as he insists on calling the German winner of 22 Grand Slam singles titles. Previously he was married to actress Brooke Shields and was involved in a scandalous relationship with Barbra Streisand, a liaison he equated to ‘wearing hot lava.’

He admits to once using the banned substance crystal meth, a highly addictive amphetamine, and subsequently lying to the men’s tennis governing body the ATP to escape a ban.

And he also revealed the long, lion-mane hairstyle that for a while was his trademark along with denim tennis shorts and a collection of day-glo pastel coloured lycra, was actually a wig. During the 1990 French Open, the false hair disintegrated as he stood under a shower and it required 20 discreet hair clips to hole the replacement firm.

In his book, Agassi came clean. “During the warming-up training before play I prayed,” he admitted. “Not for victory, but that my hairpiece would not fall off.

“With each leap, I imagine it falling into the sand. I imagine millions of spectators move closer to their TV sets, their eyes widening and, in dozens of dialects and languages, ask how Andre Agassi’s hair has fallen from his head. My wig was like a chain and the ridiculously long strands in three colours like an iron ball which hung on it.

Roland Garros was the scene of another Agassi embarrassment. In the 2001 men’s singles quarterfinal, he was comfortably in charge against Frenchman Sebastien Grosjean, having won the first set 6-1. Then former United States President Bill Clinton arrived to sit in the front row of Court Philippe Chatrier’s Presidential Tribune. After conceding only two points on his own service in a 20 minutes long opening set, Agassi disintegrated and lost the next two sets as emphatically as he’d won the first.

After eventually falling to defeat, in a match in which Clinton had only witnessed him winning three of 20 games, Agassi made a hasty exit to the sanctuary of the men’s locker room. But when asked if his concentration had been affected by the presence of such a high-profile supporter, Agassi snapped: “I didn’t notice him at all.”

To many respected observers of the sport, Andre Kirk Agassi was an acquired taste and for all his success, he was never fully accepted in some circles. But as his citation at the International Hall of Fame reads so accurately states: “In the late 1980s, when tennis was looking for a revival and needed a shot of adrenaline to revive its energy and excitement, along came Andre Agassi. He was more than accommodating, bringing flash and pizzazz to courts throughout the world.”
Agassi remains unquestionably a star. 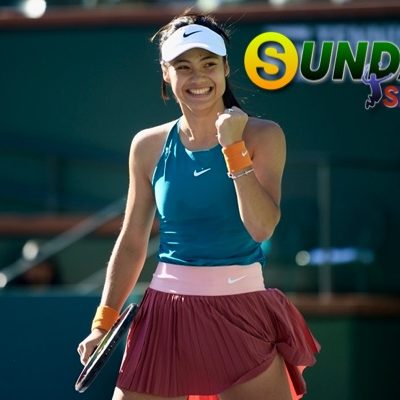 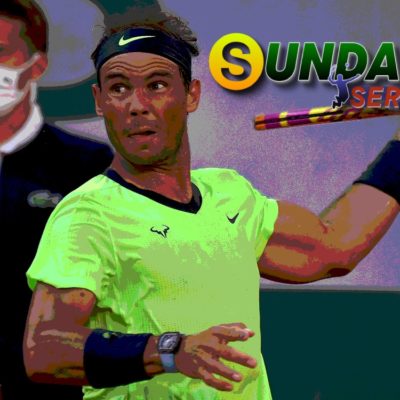 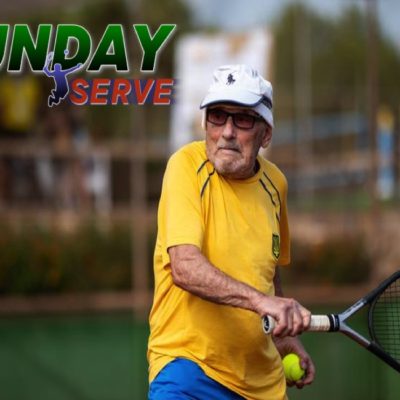 Stop the war, I want to play tennis 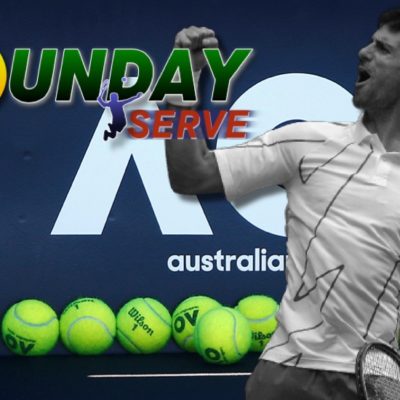