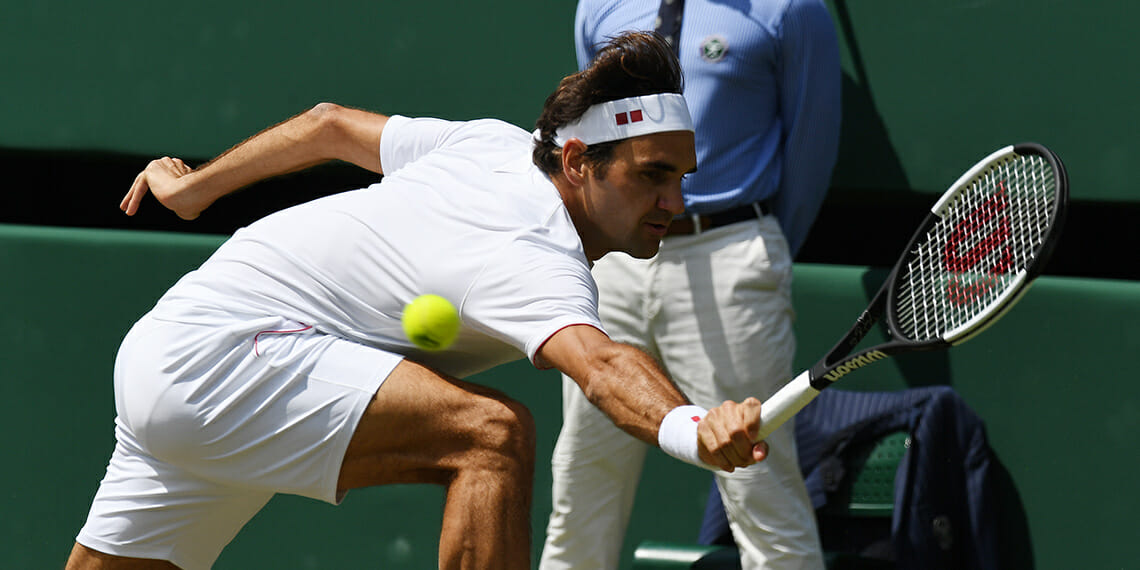 With 90 minutes to go before England faced Croatia at the World Cup semi-finals, the South African challenger, losing finalist last autumn at the US Open to Rafael Nadal, pulled off the upset of his career as he sent Federer out to his earliest loss here since 2013 (second round). 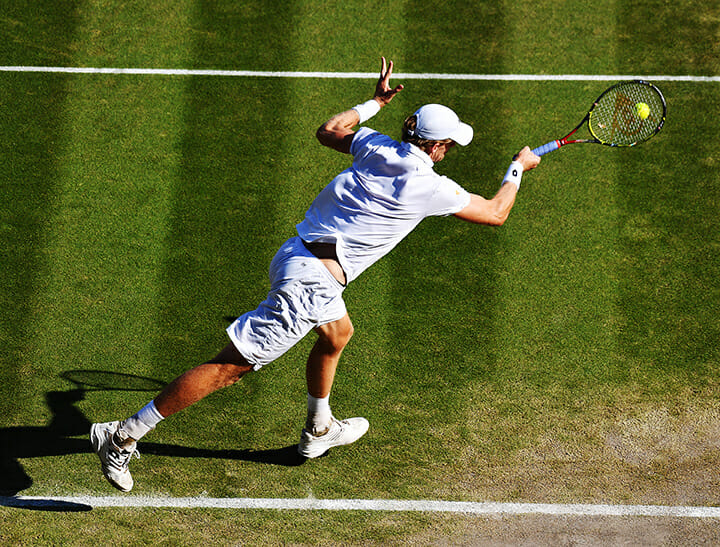 The Swiss, who owned the series, with four straight-set wins against Anderson, was taken down in just over four hours despite holding a third-set match point.

Federer said that he didn’t feel quite on his game but could not quite pinpoint where it went wrong for him.

[quote] “It was just one of those days where you hope to get by somehow. I almost could have. I should have,” Federer said. [/quote]

“I felt good actually. Sure, it’s disappointing losing the next two sets after winning the first two and having match points.

“I’ve been there before. I know what kind of energy I need to bring to the fifth. I was able to bring that. 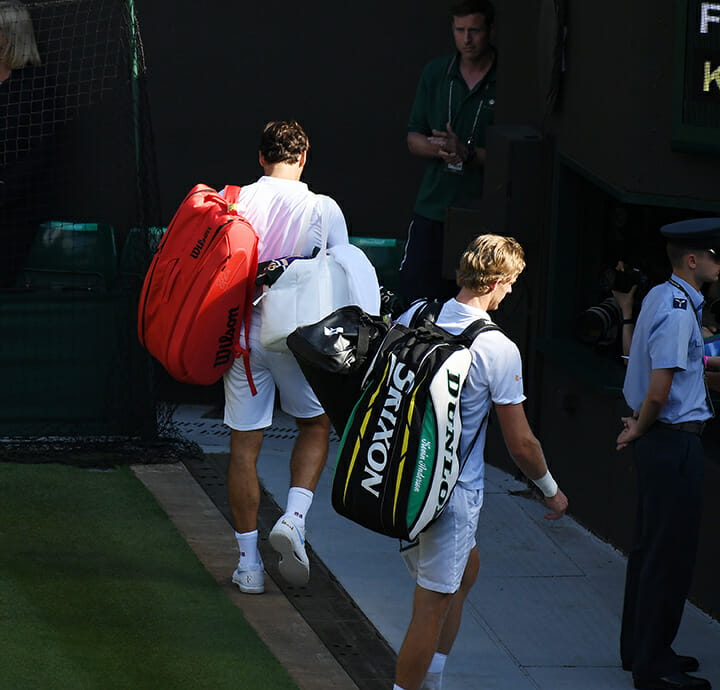 “To be honest, I didn’t feel mental fatigue. Now I feel horribly fatigued and just awful. It’s just terrible. But that’s how it goes, you know. Credit to him.

“It wasn’t one of my best days, but they (bad days) don’t happen very often either. It’s one of those average days you have to try to win the match, and I just couldn’t get it done today. So it’s disappointing.

Anderson seized his opportunity to begin a fightback from two sets to love down, eventually pulling off the ultimate comeback for the third time in his career.

“I’m not quite sure what to say,” the stunned winner said. “Down 0-2 I just tried to keep fighting through the third and  fourth sets.

“I didn’t over-think anything, I just told myself to keep fighting. To beat Roger at Wimbledon is something I’ll always remember,”

Anderson took his 20-time Grand Slam champion opponent into extra games after 6-6 in the final set at an event where the last chapter is played out minus any tiebreaker. 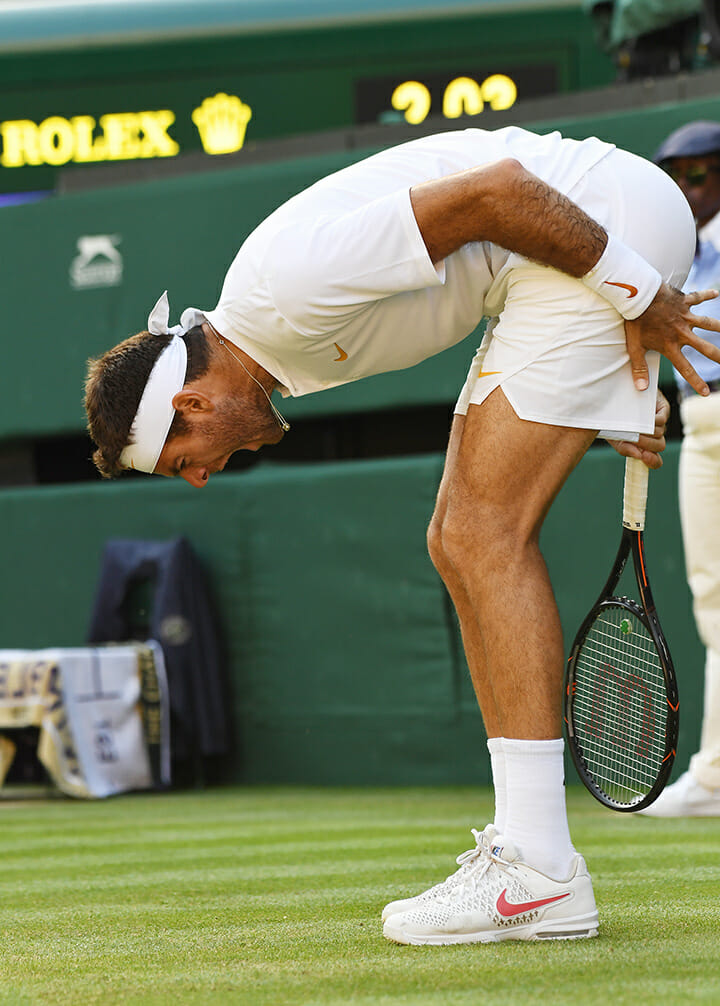 It was the first time Federer had been forced that far here since the 2009 final where he beat Andy Roddick 16-14 in the fifth.

The pair stayed level-pegging in the tense final stages, with a double-fault and a forehand to the net handing Anderson a break and a lead of 12-11.

A game later, the challenger finished off the upset on his first match point,

“I gave everything, I’m very ecstatic,” Anderson said. “It was a great performance form my side. I’m very pleased to get through.”

Federer came to the contest after winning 32 consecutive sets at Wimbledon; he last played on the No. 1 court venue in 2015.

The 36-year-old had been bidding to reach his 16th Grand Slam final since turning 30.

Anderson will next take on another huge hitter in John Isner, who beat Milos Raonic 6-7(5), 7-6(7), 6-4, 6-3 with injury-prone Canadian slowing at the end after receiving treatment from the trainer on his right thigh.

Isner took advantage shortly after by breaking for 3-2 in the fourth leading two sets to one, rolled ahead in the best Wimbledon showing of his career on his 41st appearance at at a major.

Three-time winner Novak Djokovic earned his 13th straight win over Japan’s Kei Nishikori with a 6-3, 3-6, 6-2, 6-2 win, landing a forehand winner to the corner on match point. 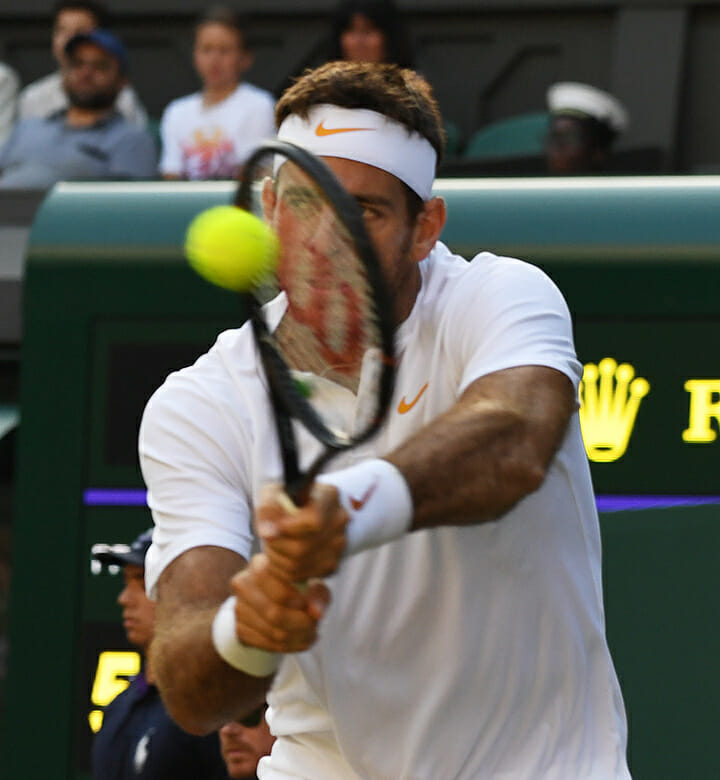 The Serb who missed half of last season with elbow and shoulder problems and has made a slow return in 2018, appears to be hitting stride with a trip into the final four.

Djokovic overcame a bout of anger in the second set when he was waned for lightly tossing his racquet in frustration, with the sanction compounded in the fourth when Nishikori did the same without punishment,

“I thought it was unnecessary to get the warning. I didn’t get harm the grass. He did the same in the fourth set,” Djokovic said. “(The chair) says he didn’t see it.

Nevertheless, Djokovic could not hide his pleasure of reaching his first semi at a major in almost two years (2016 US Open).

“It feels  great to be in last four of a Slam. I’ve been building over the last months. 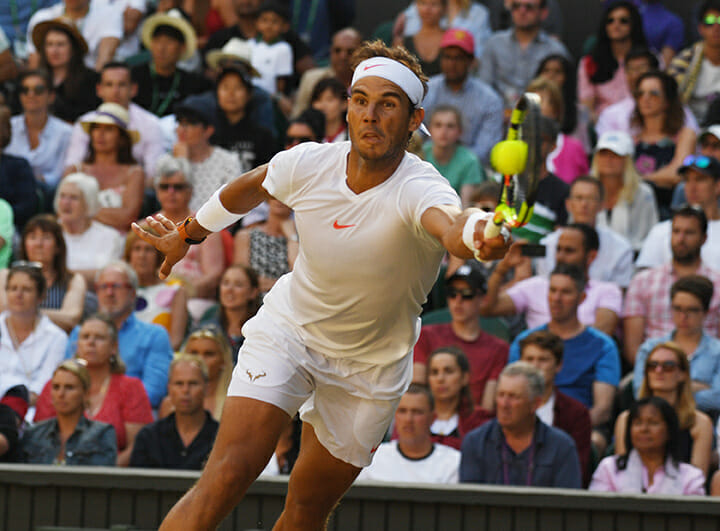 “I’m peaking at the right moment. This is not my first semi-final, but I’ll try to enjoy it and look ahead to the next opponent.”

Nadal ran his record over Del Potro to 11-5 in the hard-fought victory, finishing with a volley winner at the net.

Nishikori accepted another loss to the Djokovic. 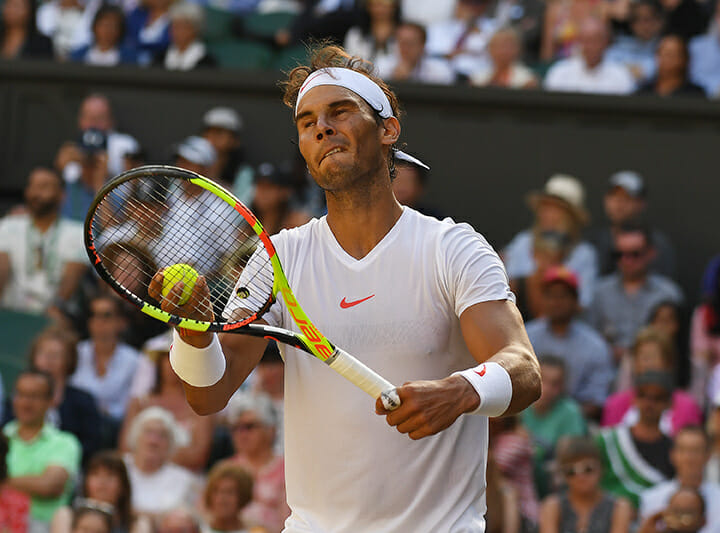 “Maybe it wasn’t my really best, but I thought I was playing good enough. But what he did really well is going forehand, backhand, both sides. He was making me run all the time.

“That gave me really trouble. It’s not easy playing Novak because I don’t have a good record.”