And the winner is … 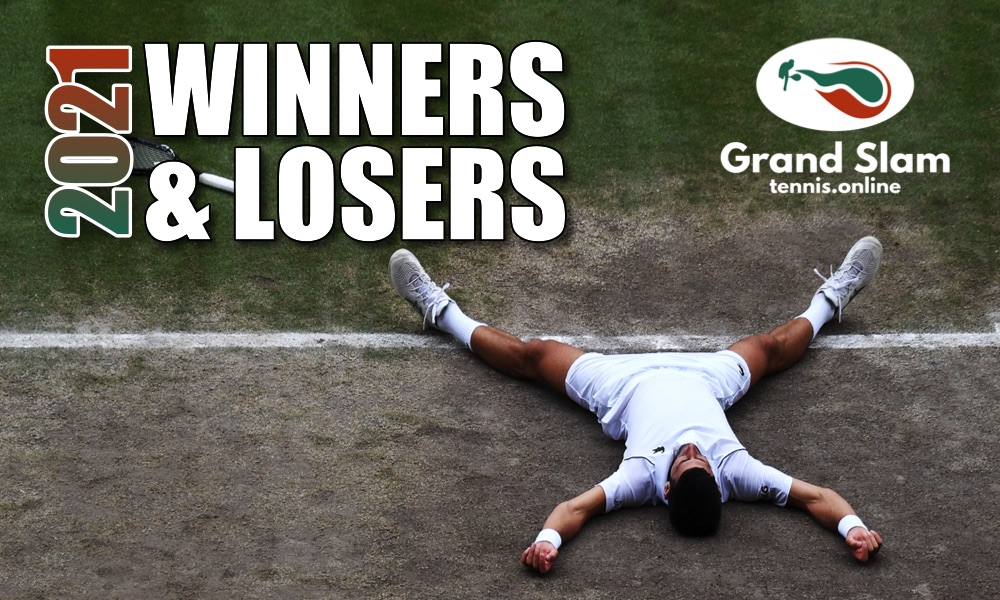 Grand Slam Tennis Editor Peter Rowe has watched on as fellow contributors have reviewed the year. Now, he offers his insight into 2021, the good, the bad and the downright indifferent…

The French, with its dirt in a Paris spring can be exhilarating as the tennis tour turns its attention to Europe to initially see who can knock off one Rafa Nadal.

And after the 2020 Autumnal edition, it was great to be back in a standard slot as more surprises unfolded.

Rafa not at his best and a women’s tournament with such an open field – eventually won by a doubles specialist, Barbora Krejcikova.

Wimbledon and its lush green courts. The quintessential English summer pastime – perfectly accompanied with strawberries and cream, and a glass of Pimms.

Then off to the States and New York, still struggling to come to terms with the pandemic.

Again, a different surface and again, new faces appearing as the lack of a consistent ATP and WTA Tour, plus unsettled training regimes, saw some amazing results.

But my event of the year has to be the Australian Open in Melbourne – not for the tennis perhaps in itself – but more for the logistical nightmare it became and how Tennis Australia eventually staged a successful first Grand Slam of 2021.

The quarantine stories, the crowds, then lack of, then returning. The obvious pandemic controls that saw tournament organisers lose over $80m.

As a journalist, who has covered sporting events around the world for many years, the complexity of more than just a tennis tournament, in my view, earns the AO the award – for beating the odds, beating Covid and beating all the negative media stories.

Best men’s player of 2021
Given his success in 2021, there is only one winner: Novak Djokovic.

He was by far and away a clear winner – and almost Golden Slam winner.

Daniil Medvedev comes a close second – a player slowly emerging as the main contender for the crown.

Other notables of 2021 include the Italians – now there’s an emerging set of top class players.

Best women’s player of 2021
Like Djokovic, the women’s tour really only had one winner as well: Ash Barty.

Women’s tennis is still jockeying for the top dog position, and has been for the past two to three years.

Serena Williams for so long dominated, but age is catching her up.

Naomi Osaka looks too fragile to survive longterm, while the young guns of New York (Raducanu and Fernandez) have yet to show they are in it for the long haul.

But Barty has quietly gone about her business, winning Wimbledon in July her highlight of the year.

Even though tough Australian quarantine rules forced her to miss the back end of the year event in California and Mexico, she was still way out in front as Garbiñe Muguruza, Anette Kontaveit, Paul Barbosa and a few others tried to chase her down.

Most memorable moment
There are a few that spring to mind – and they come from a variety of events.

The sight of masked players being put on to buses by police and driven to quarantine hotels in Melbourne.

Images and video emerging of players forced to adopt unorthodox training methods while holed up in their hotel rooms.

Two icons of the game, the likes of we may never see again.

And then there was the Fairy Tale of New York.

A story so amazing we probably will never see such a feat again.

A qualifier winning the US Open, without losing a set.

Most forgettable moment of the year
At this stage I usually look back through the archives to find a Nick Kyrgios story.

But I would be in agreement with others that the Tokyo Olympics was perhaps the most forgettable sporting event of year on the planet.

True, the Covid conditions had a major part to play, but I still do not believe tennis, played at the highest level by some of the richest sportsmen and women on earth, should be an Olympic sport.

And the event proved that. Who won? Who came second – and did anyone win bronze?

You know, I have no idea.

Best Quote of the Year

Having a Chinese mum, she definitely instilled from a young age hard work, discipline.

Best picture of the year

Underperformance of the Year (player)
Back in early January 2021, when we all wondered if there would be any tennis played, anywhere, it was hard to pinpoint any player, 11 months later you could saw was an ‘under performer’.

Lockdowns and quarantine procedures have really disrupted many players’ routines in 2021, so it may be a little cruel to criticise.

Kei Nishikori’s injuries blighted his comeback and Fabio Fognini just didn’t come up with the goods.

Sofia Kenin, after a wonderful 2020, did nothing to show she was a future No.1 and Naomi Osaka slipped to No.13 in the rankings, missing much of the year with personal issues.

Yet still capable of promoting a host of products in a variety of magazines or online.

Simona Halep was another who slipped down the rankings, 2021 was a clear disappointment for her.

In the mens, Thiem aside, there were very few disappointments, although I felt Tsitsipas would have challenged more.

His toilet break routine in New York was a real disappointment.

An award clearly invented for one person – although either finalists in New York would have been worthy recipients.

Leylah Fernandez will become the ‘forgotten’ finalist of 2021, overshadowed by the performance of Emma Eaducanu.

But she deserves as much recognition for her achievements – and, dare I say it, presently looks the better of the two to achieve more in 2022.

But the spoils go to the victor – and Emma certainly amazed the whole world with her performances at Flushing Meadows.

Casper Ruud is one for the future, as is Jannick Sinner.

But watch out for a couple of young Americans as well: Reilly Opelka, Seb Korda, Jenson Brooksby and Taylor Fritz.

American men’s tennis has had a lean time of late on the tour, but there is a good crop of young Americans coming through.

Teen sensation Carlos Alacaraz will continue to improve, but he’s not quite another Rafa – yet.

In the WTA, Iga Swiatek has plenty to offer and a young Dane, Clara Tauson, is tipped for great things.

Cori Gauff is still a teenager, but improving every year.

And if Emma Raducanu can find the right trainer, become super fit both mentally and physically, and concentrate on court, rather thaws off it, she has the potential to delight is all again.