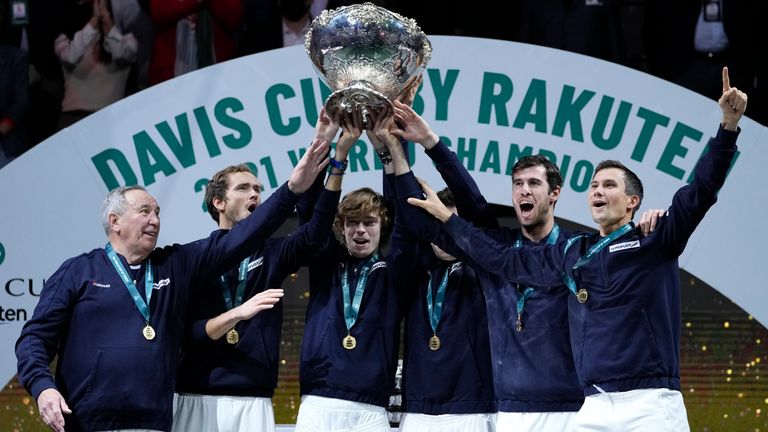 World No.2 Daniil Medvedev said winning the Davis Cup capped off some of the “best weeks” of his tennis career.

Medvedev helped clinch a third Davis Cup crown for Russia (the last time was in 2006) with victory over Croatia’s Marin Cilic in the second singles match of the final in Madrid yesterday.

“It was a pretty amazing two weeks, because it’s never easy to come here at the end of the season,” Medvedev said.

“A few of the best weeks of my career, and I am really happy for the team more than myself.”

But the tall Russian was made to work for the victory over Cilic, now considered a tennis veteran.

“Marin is an amazing player so it was a tough match,” Medvedev said.

“The tiebreak was a matter of a few points. The double fault on set point was a big mistake but I am happy to win. It was a really tough match.”

Medvedev said he was more happy for his teammates than himself.

“We have an amazing team, amazing atmosphere, and I’m just happy to be part of this team and to be able to bring the points that we need,” he said.

“It was a pretty amazing two weeks because it’s never easy to come here at the end of the season. Two of the best weeks of my career.”