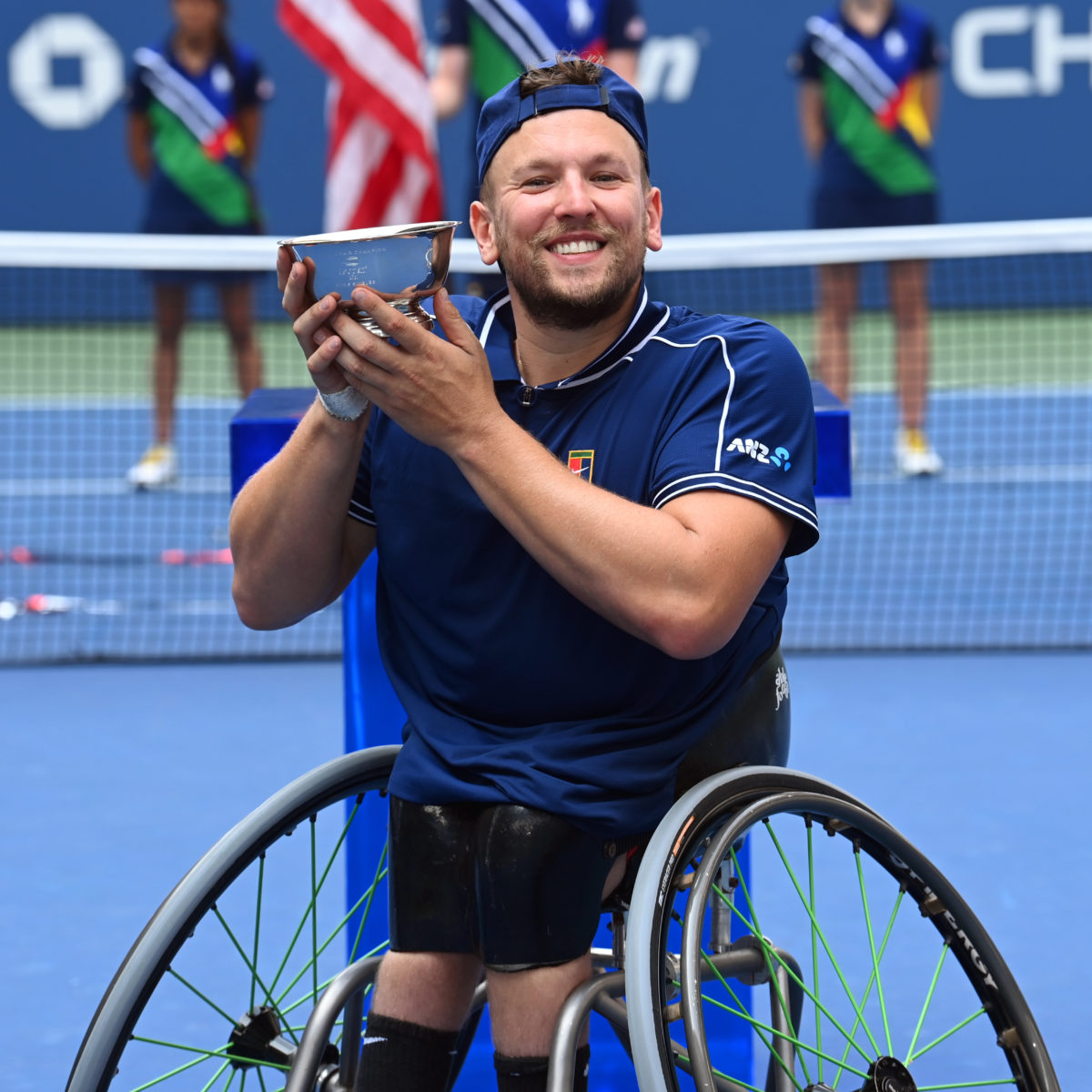 Wheelchair champion Dylan Alcott has announced he will retire after the Australian Open in January, hopefully with a 24th Grand Slam title.

Alcott, 30, is the most successful quad tennis player of all time and has won The Australian Open seven times, 15 Grand Slam singles titles and eight doubles titles.

He won his fourth Paralympic gold medal in Tokyo in August.

Alcott had hinted at retirement after his US Open win in September, saying “I don‘t know if I’ll be back here.”