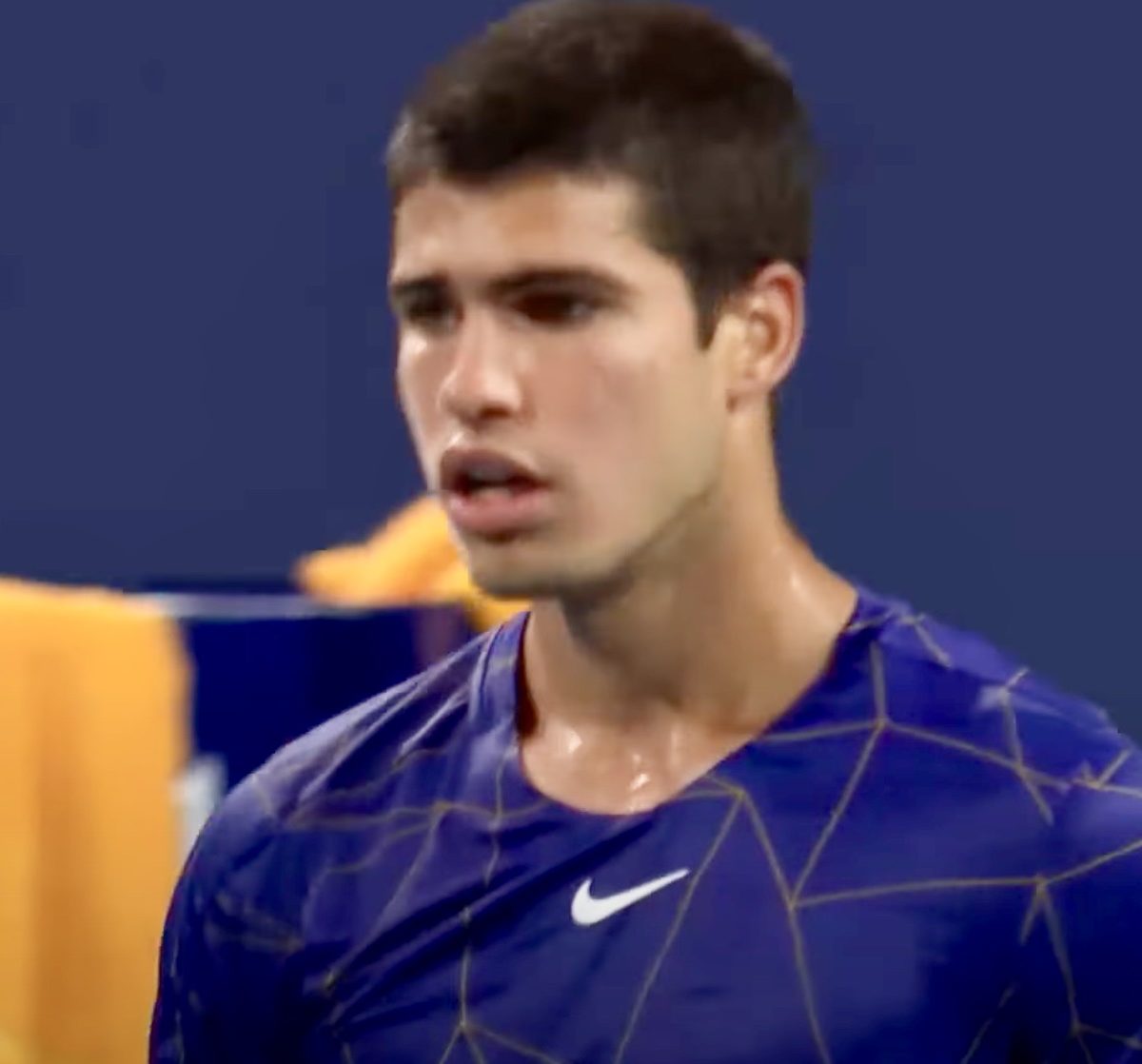 But it wasn’t all plain sailing as he found himself two points from defeat at 4-5, 15/30, and again at 5/3 in the tie-break, before winning the final four points of the match.

“I think that I’m playing in Spain,” Alcaraz said of the Floridian crowd’s tremendous support.

“It’s unbelievable. The energy that they push to me, it was crazy. I think without them it would not be possible to get into the semifinals today.”

Kecmanovic proved a tough opponent, winning the first set as Alcaraz began to unleash his array of shots, including his now trademark drop shot.

The Spaniard bounced back to take a 3-0 lead in the second set, holding to level the tie and then there air went head to head in the decider.

The decider did feature a single break point, but it was Alcaraz who won the tiebreak and the opportunity to face defending champion Hubert Hurkacz, a 7-6(7), 6-3 winner over Daniil Medvedev earlier.