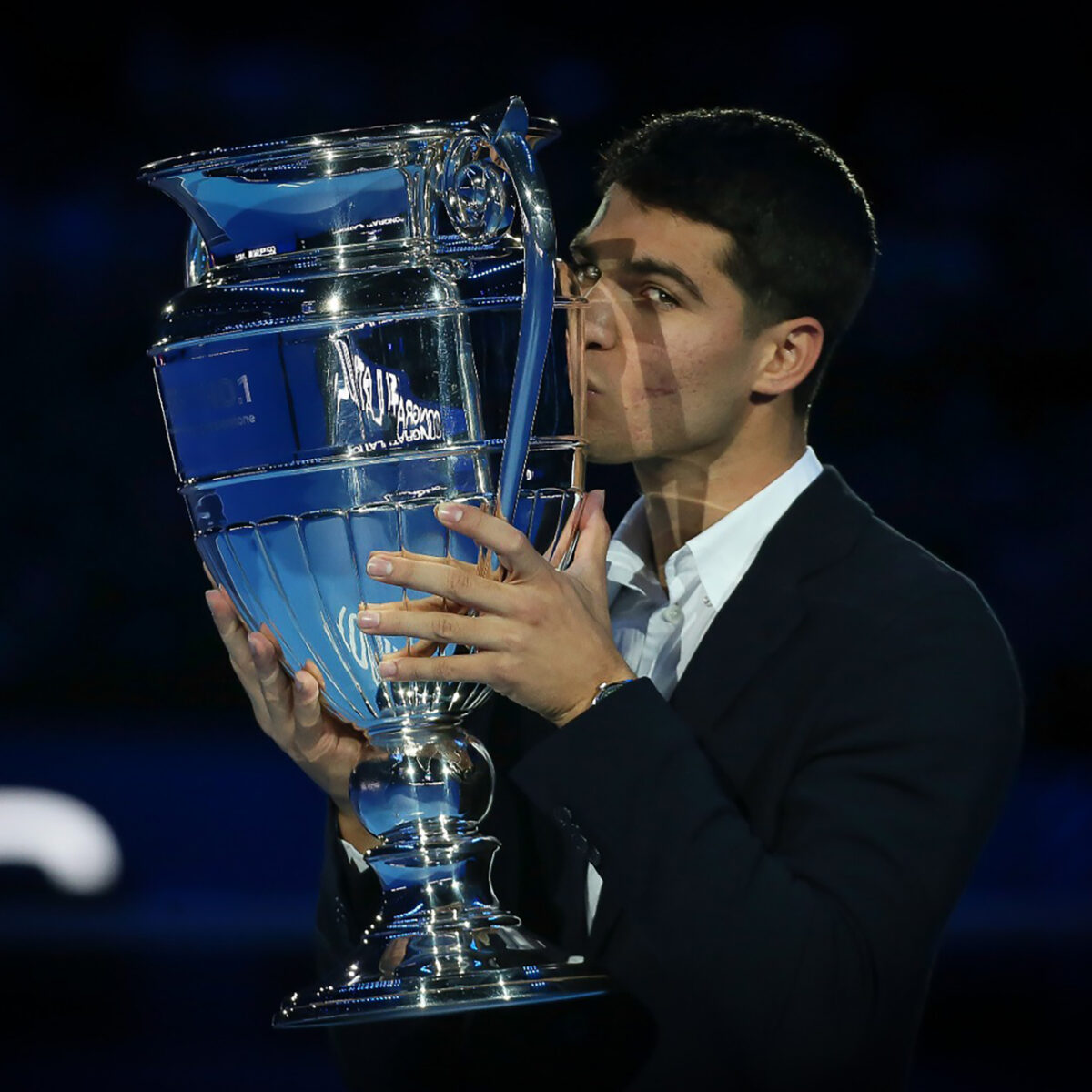 Spanish teen Carlos Alcaraz was officially honoured on Wednesday at the ATP Finals as the youngest year-end No. 1 in Tour history.

The 19-year-old who is missing the eight-man season wrapup due to an abdominal injury, flew in from his home training base to attend an official presentation on court at the Pala Alpitour arena.

The top-ranked player said that with his rehab work going full-tilt, he expects to be fit and ready for the start of the 2023 ATP campaign in Australia in less than a month and a half.

Alcaraz had to retire in a Paris Masters quarter-final 12 days ago due to his physical problem.

“To get this trophy, the world No. 1, to be part of tennis history along with a lot of legends, for me is an amazing feeling.

“I’m a little bit disappointed to not be able to play here, I really wanted to.

But these kinds of things can happen in tennis life.

“No. 1 is an amazing achievement, all the hard work pays off. It’s incredible to lift this trophy today.”

Alcaraz has enjoyed an unforgettable rise in 2022, ascending from World start the season on 32 and claimed the top honour thanks to his US Open win over Casper Ruud.

His was the biggest jump to No. 1 in a single season across 50 editions of the year-end  rankings.