Alcaraz aiming to match records of his Spanish elders 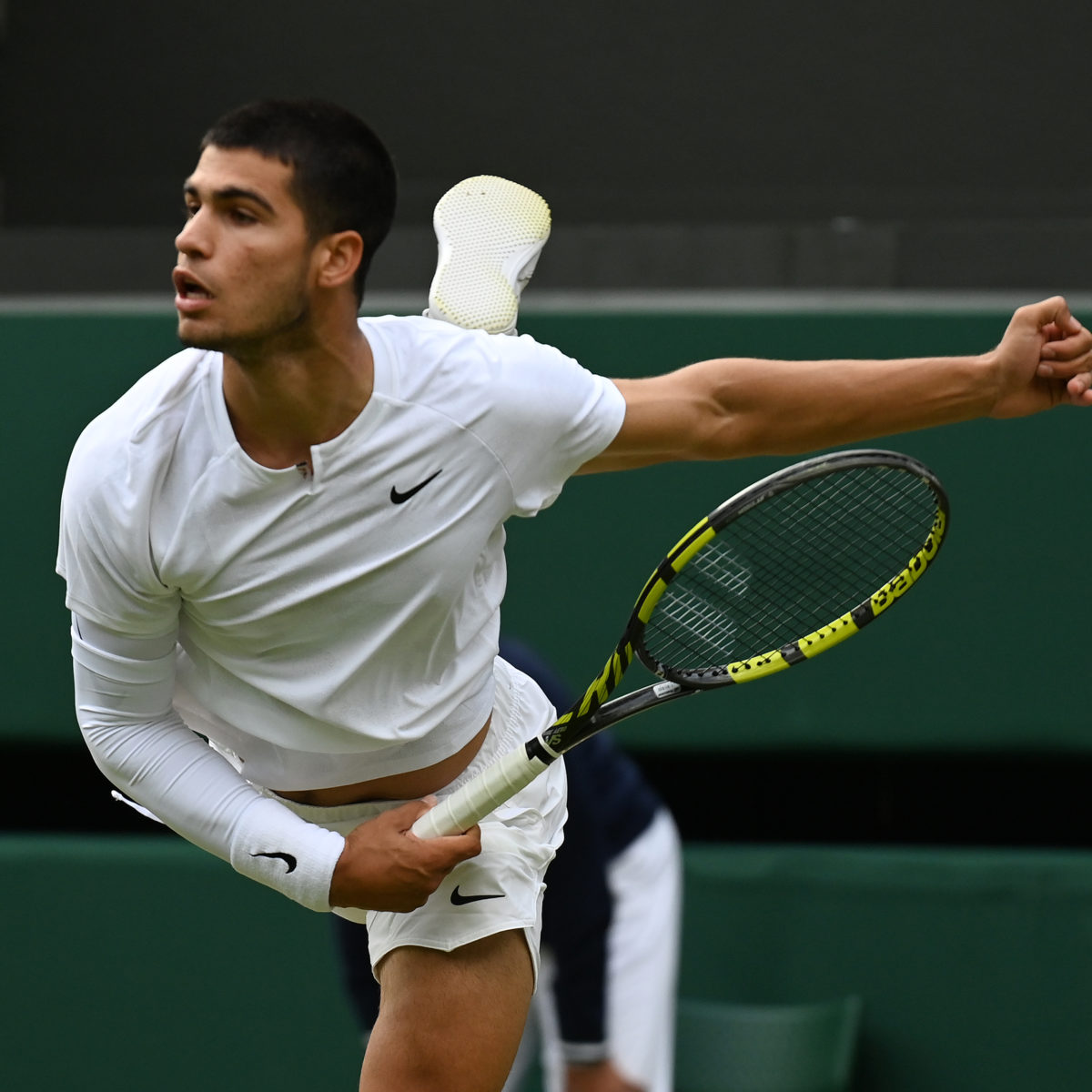 Teenaged Carlos Alcaraz is dreaming of showing up coach Juan Carlos Ferrero by matching his mentor’s final at the ATP Hamburg event.

And the 19-year-old would be not at all displeased to also match his idol Rafael Nadal by winning his fifth title in an ATP season.

Ferrero, a former No. 1, reached the title match in northern Germany in 2001 – a full two years before his fellow Spanish protegee was born.

Nadal last won five trophies in a season three years ago, a goal which Alcaraz could match on Sunday in the port city.

Alcaraz lined up the semi-final here as he defeated Karen Khachanov with the loss of just two games on Friday, firing 21 winners in a rout lasting barely an  hour.

“I played unbelievable today, probably one of my best matches this year,” the sixth-ranked winner said.

“I’m pretty happy with the performance that I’m playing in this tournament. Yesterday was amazing as well.

“I’m training every day to be solid and at the same time to be aggressive – that is my game.”

Alcaraz is also powering through the ATP rankings this season, and is on track to reach the Top 5 for the first time if he reaches the final here; a title would mean a boost to fourth in the world.

“I’ll try my best in the semi-finals to be able to do the same result as Juan Carlos, and of course try to fight into the final,” he said.

“To beat Juan Carlos, to try to win this tournament means a lot.

“If I win, I’ll be able to joke that I’m better than him. It would be amazing.”

Alcaraz will have to get past Slovak Alex Molcan in Saturday’s semi-final, with the opponent coached by Novak Djokovic’s dismissed former mentor Marian Vajda.