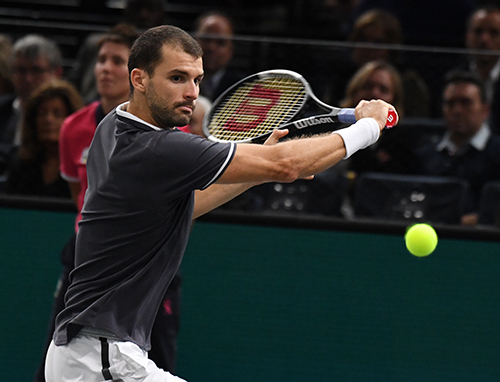 An unsuccessful collaboration with former great Andre Agassi has been shelved, with Grigor Dimitrov ready to start 2021 under new coaching management.

The one-time No. 3 Bulgarian has been working on and off with Agassi for several seasons – usually travelling to the 50-year-old’s base in Las Vegas for training sessions.

But the arrangement appeared to do little for Dimitrov’s form, with a 2019 US Open semi-final his best recent Grand Slam showing.

Since reaching his career-high ranking after winning the ATP Finals in London three years ago, Dimitrov has been unable to add to his his total of eight titles – including a pair of Masters 1000s in 2017/

In the place of Agassi, Dimitrov has taken on former Kei Nishikori mentor, Argentine Dante Bottini, who led Asia’s top player to the 2014 US Open finals along with 11 Tour trophies.

Dimitrov will be hoping for a fresh start after the COVID-plagued 2020 season, where he tested positive and felt the effects of the virus after competing on Novak Djokovic’s Adria Tour of the Balkans in June.

“I think it was hard. But it was also a positive thing,” he told gossip outlet Hello Monaco.

“And then 20 days of self-isolation at home you can only imagine, you can really think about stuff.

“And I really did think a lot. I appreciate, even more, the people that really care about me.”

Dimotrov recovered to end up 11-6 when the ATP sason resumed from the virus shutdown in August and reached the Rome semis despite not feeling fully fit for weeks after his recovery.

“I’m very rigorous with myself. The best thing in our sport is that you always have a next week,’ Dimitrov said.

“You always have time to correct yourself, which is a good thing.”