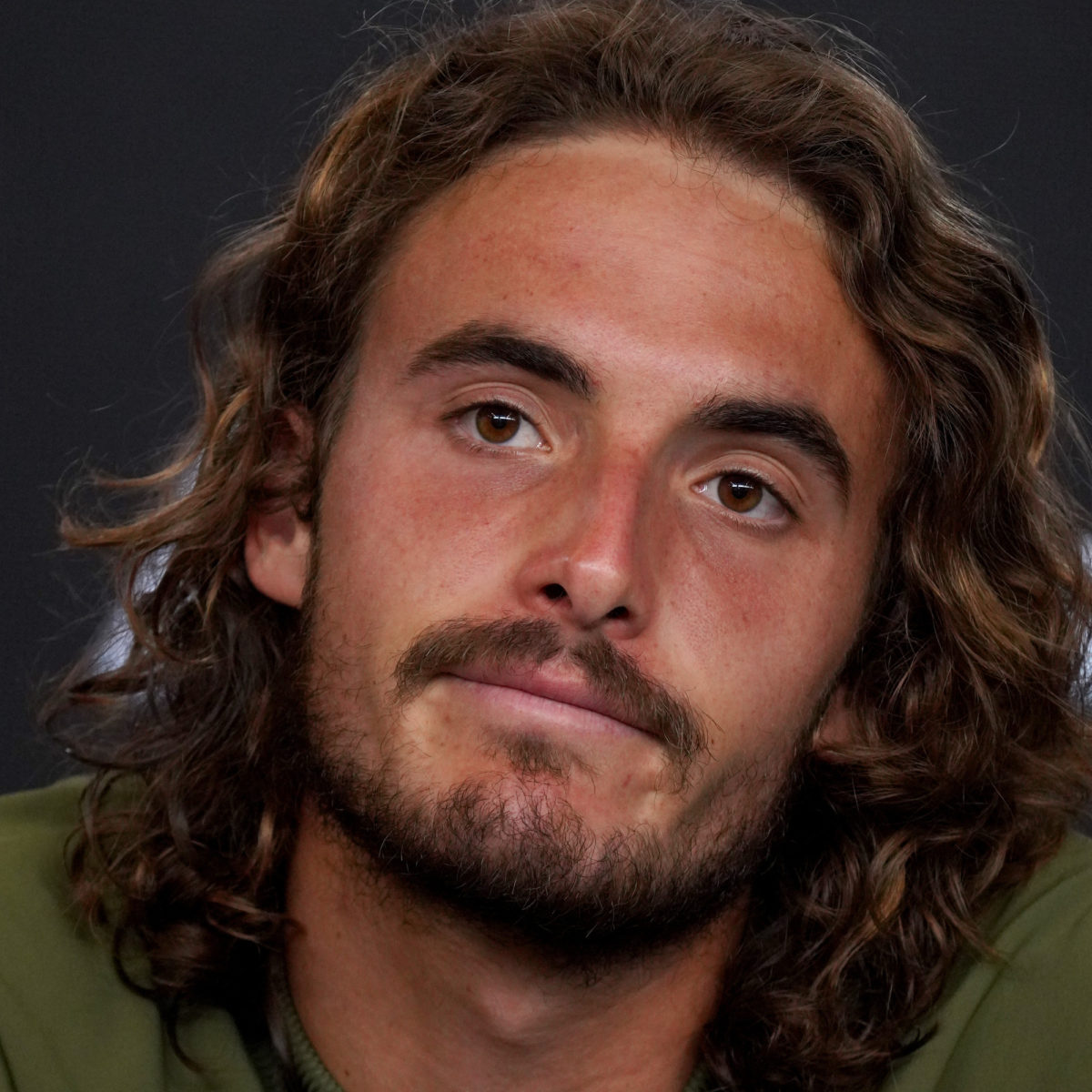 A humid 30C in Melbourne saw Tsitsipas’ yellow and green ensemble disintegrate into a sweaty mess as his shorts showed up an unmissable dark patch between the legs.

“Millions of dollars of material technology research and they don’t do the ‘does it look like he sh*t himself when he sweats’ test? Astounding,” one posted on Twitter.

“Those shorts are very problematic. Adidas has a lot to answer for,” another said.

“Both concerning in their own ways.”

And the Tennis Podcast site tweeted: “For me, the strangest storyline of this match so far: Tsitsipas left the court for a break between the second and third sets. Why DIDN’T he change his sweaty, sweaty shorts?”