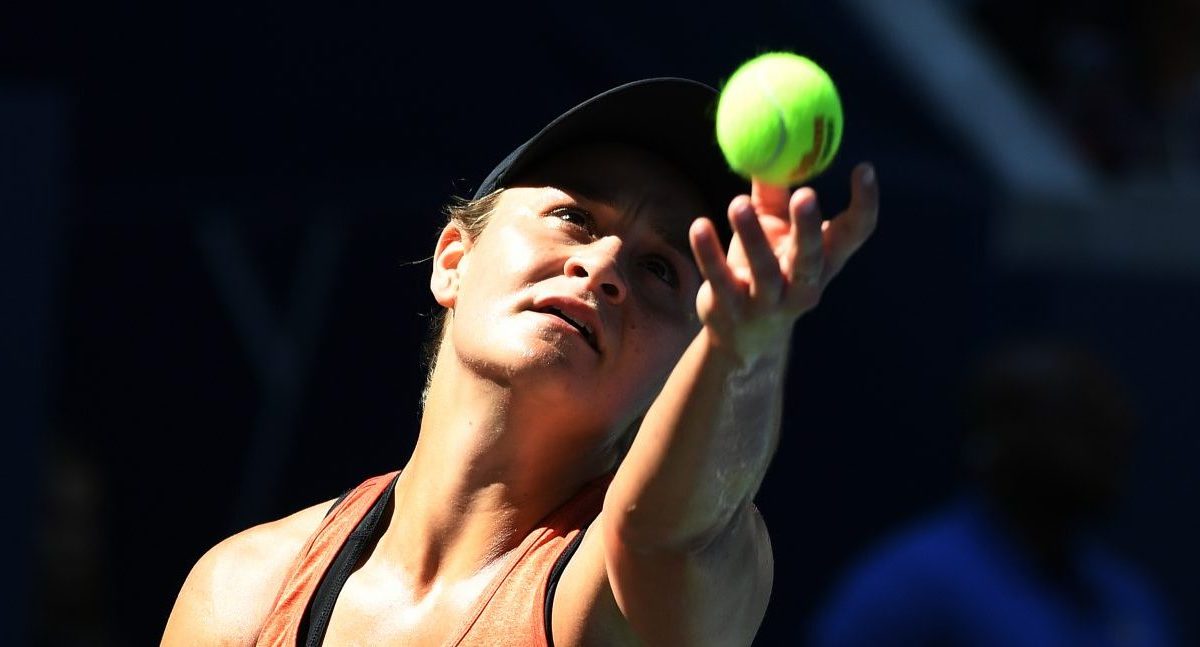 Australia’s Ash Barty turned in a routine win to move to the fourth round, with the second seed defeating Maria Sakkari with a straightforward 7-5, 6-3 victory.

The 87-minute win was punctuated by 11 aces from the Roland Garros champion from Queensland.

Barty is the only player to have gone into the second week of all four majors this season.

“A few of the things that I’ve been lacking over the last month kind of came together a little bit today,” Barty said.

“I served a lot better, controlled the ball off the first strike more often than not. What we strive to do, is to try and do the best we can every tournament. Particularly at Slams, to make that a bit of a focus point, to try to be ready, to try and make sure that I’m giving myself the best chance to go deep.”

Third-seeded Czech Karolina Pliskova survived 49 winners from Ons Jabeur to overcome the Tunisian 6-1, 4-6, 6-4, taking just over two hours to move into the fourth round.

The six-time tournament winner will be playing in the fourth round for the 18th time here.

The 23-time grand Slam champion was troubled by seven double-faults which made up just about half of her 15 unforced errors.

The 44th-ranked Muchova played the third round at the event a year ago from a qualifying start and has reached the last eight at Wimbledon.

“I had to had to go out there on business,” I’ve tried to do that with all three matches thus far,” she said.

Brit Johann Konta duplicated her career-best performance at Flushing Meadows, reaching the fourth round for the third time through a 6-2, 6-3 defeat of China’s Zhang Shuai.

Konta lost just six points on serve and next takes on Pliskova standing 1-6 in the lop-sided series; the match will be a repeat of the May Rome final won by the Czech. 2017 finalist Madison Keys beat American compatriot Sofia Kenin 6-3, 7-5.