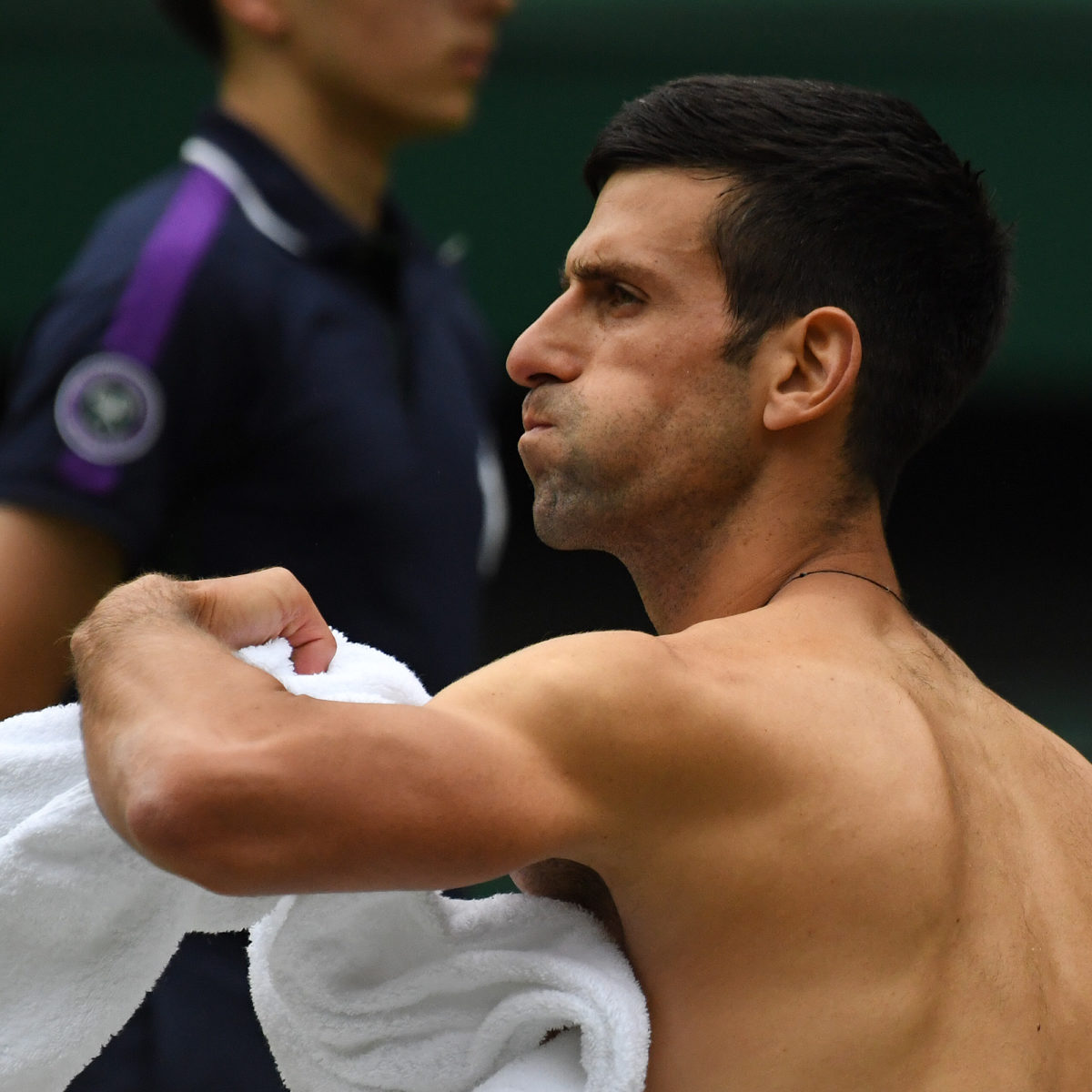 Novak Djokovic says it ‘will mean everything” if he wins a sixth Wimbledon title title today to add to the Australian and French Open titles he has already won this year.

It will also be a record-equalling 20th Grand Slam if he can overcome Italian Matteo Berrettini.

“I imagined myself being in a position to fight for another Grand Slam trophy prior to coming to London.

“I put myself in a very good position. Anything is possible in the finals. Obviously experience is on my side.”

Djokovic, 34, had to deep deep to overcome Canadian Denis Shapovalov in the semi-finals, saving 10 of 11 break points.

And he will face a similar onslaught today from big hitting Berrettini.

Berrettini, 25, is the first Italian ever to make a singles final at Wimbledon.

Anna win would see him him become Italy’s first male Slam champion since Adriano Panatta at the French Open in 1976.

For the record he has lost both his previous matches to Djokovic, including a quarter-final loss at Roland Garros last month.

But the grass court season has seen him win 11 straight matches with a super fast serve, timed at 223.7kmh.

“It’s going to be a great atmosphere. My first final in Wimbledon, it’s just crazy to think about it,” Berrettini said ahead of the clash.

And the crowd, always loving the underdog will probably be on the Italian’s side.

“People also like to see someone win who is an underdog or is not maybe expected to win, is not the favourite to win,” Djokovic added.

“But hopefully people can also recognise also the importance of this match for me, the history that is on the line.

“I’m prepared for anything really that is going to happen in terms of the crowd support on Sunday.”