A breeze for Djokovic in round one 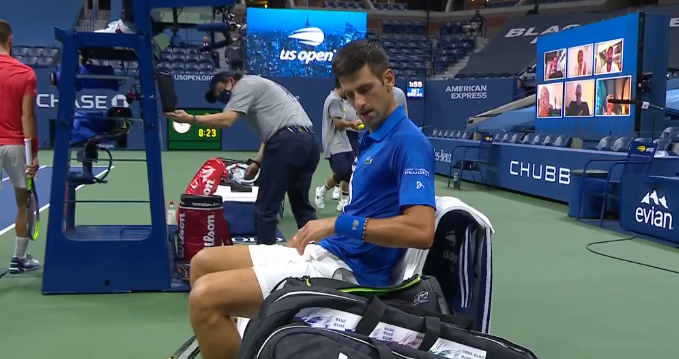 No.1 seed Novak Djokovic eased past his good friend Damir Dzumhur 6-1, 6-4, 6-1 at the US Open in just two hours as the first night session of the event wrapped up.

Djokovic did suffer one break early in the second set but dominated the match with 31 winning shots and 29 unforced errors.

But it was not all plain sailing as the Serb forgot about the time rules between serves and he admitted afterwards’ I lost my focus’.

Chair umpires are starting that 25-second countdown sooner than they were during the Western & Southern Open last week – which is confusing players.

“Why did you start it?” he asked chair umpire Damien Dumusois, noting that during the previous event players got more time to go collect their towels between points.

After the umpire Dumusois explained the pace is supposed to be quicker at the US Open, Djokovic replied: “You do it here different? Why? There is no explanation? … Thanks for letting us know.”

Nevertheless, it was a breeze.

“I felt good on the court today,” Djokovic said after the win.

The world No.1 will face Britain’s Kyle Edmund in the next round.