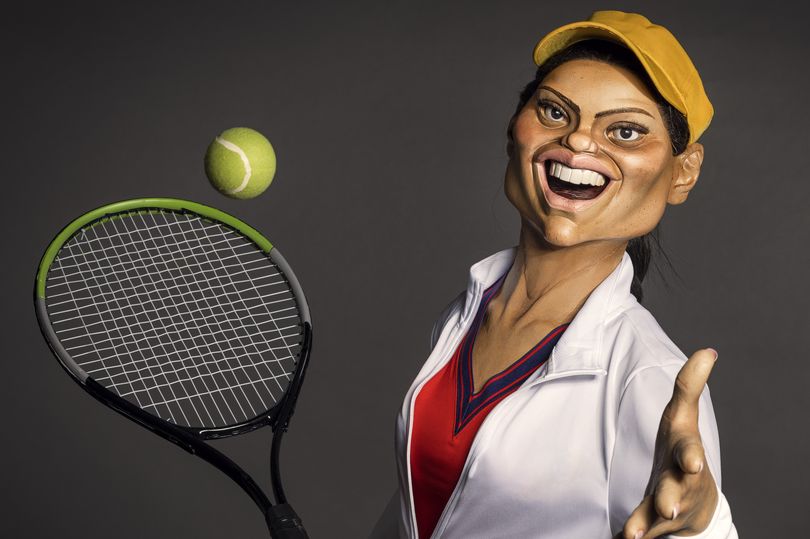 She is seen wielding a tennis racket and sporting a white training jacket and yellow visor cap in the show, broadcast this weekend.

And her win at the US Open has seen her net worth soar to an estimated US $6 million with the young Brit tipped to make up to $100m over the next few years.

And with more 2 million social media followers, sports marketing experts believe she will earn millions from endorsements and sponsorships.

The rising star, who earned $247,000 for reaching the fourth round at Wimbledon, has also been linked with Aston Martin and Chanel, and earns a combined £100,000 from deals with Nike and Wilson and her US Open triumph saw her pocket an incredible $2 million.